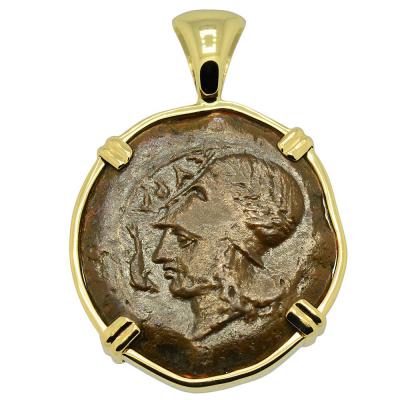 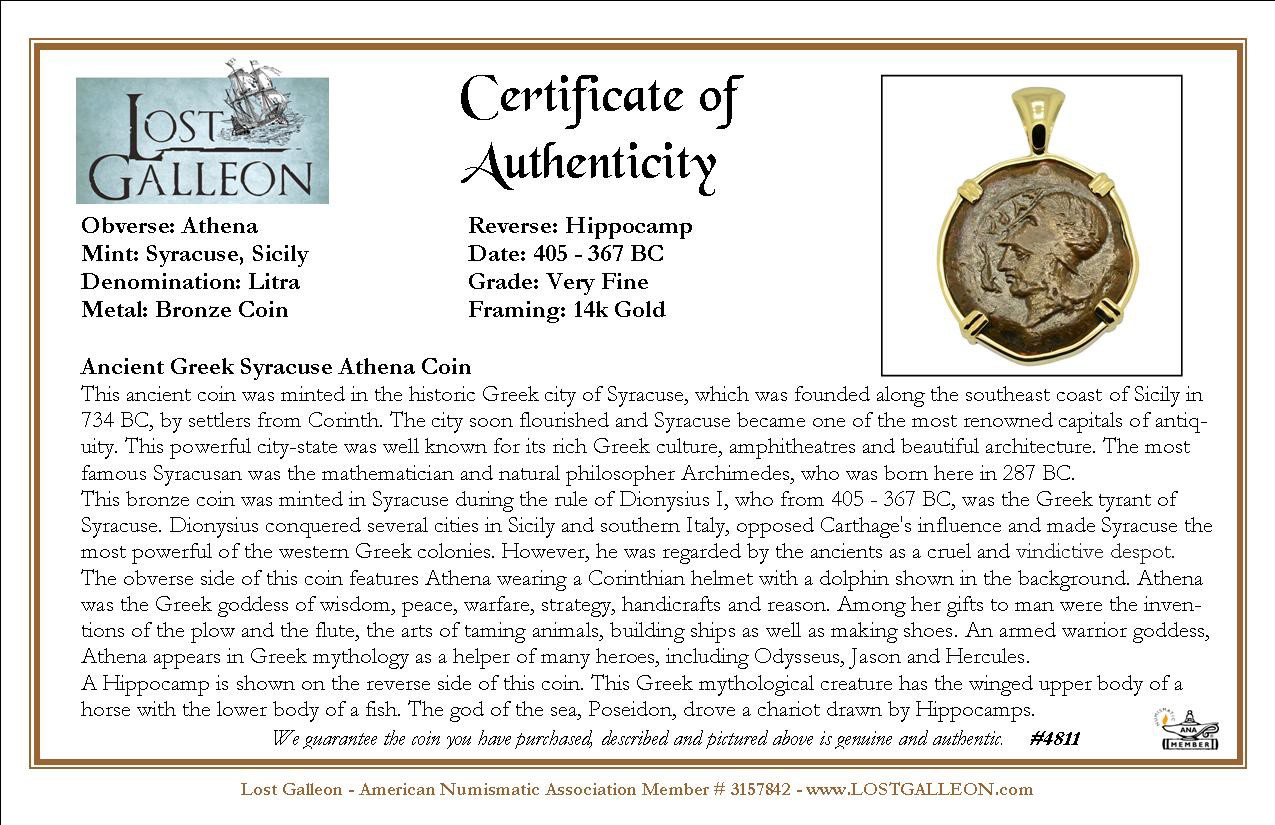 This ancient coin was minted in the historic Greek city of Syracuse, which was founded along the southeast coast of Sicily in 734 BC, by settlers from Corinth. The city soon flourished and Syracuse became one of the most renowned capitals of antiquity. This powerful city-state was well known for its rich Greek culture, amphitheatres and beautiful architecture. The most famous Syracusan was the mathematician and natural philosopher Archimedes, who was born here in 287 BC.
This bronze coin was minted in Syracuse during the rule of Dionysius I, who from 405 - 367 BC, was the Greek tyrant of Syracuse. Dionysius conquered several cities in Sicily and southern Italy, opposed Carthage's influence and made Syracuse the most powerful of the western Greek colonies. However, he was regarded by the ancients as a cruel and vindictive despot. The obverse side of this coin features Athena wearing a Corinthian helmet with a dolphin shown in the background. Athena was the Greek goddess of wisdom, peace, warfare, strategy, handicrafts and reason. Among her gifts to man were the inventions of the plow and the flute, the arts of taming animals, building ships as well as making shoes. An armed warrior goddess, Athena appears in Greek mythology as a helper of many heroes, including Odysseus, Jason and Hercules.
A Hippocamp is shown on the reverse side of this coin. This Greek mythological creature has the winged upper body of a horse with the lower body of a fish. The god of the sea, Poseidon, drove a chariot drawn by Hippocamps.