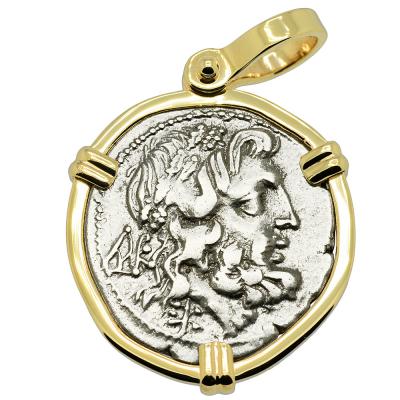 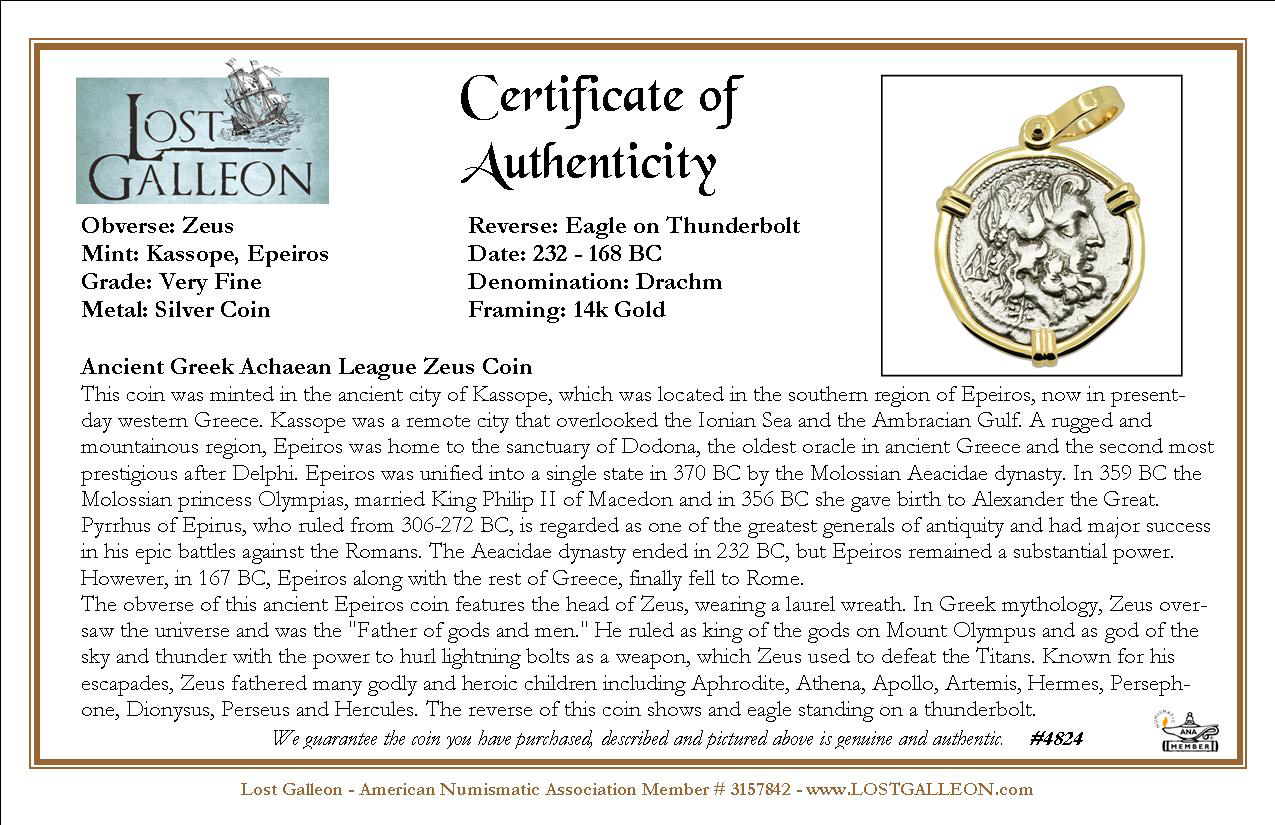 This coin was minted in the ancient city of Kassope, which was located in the southern region of Epeiros, now in present-day western Greece. Kassope was a remote city that overlooked the Ionian Sea and the Ambracian Gulf. A rugged and mountainous region, Epeiros was home to the sanctuary of Dodona, the oldest oracle in ancient Greece and the second most prestigious after Delphi.
Epeiros was unified into a single state in 370 BC by the Molossian Aeacidae dynasty. In 359 BC the Molossian princess Olympias, married King Philip II of Macedon and in 356 BC she gave birth to Alexander the Great. Pyrrhus of Epirus, who ruled from 306-272 BC, is regarded as one of the greatest generals of antiquity and had major success in his epic battles against the Romans. The Aeacidae dynasty ended in 232 BC, but Epeiros remained a substantial power. However, in 167 BC, Epeiros along with the rest of Greece, finally fell to Rome.
The obverse of this ancient Epeiros coin features the head of Zeus, wearing a laurel wreath. In Greek mythology, Zeus oversaw the universe and was the "Father of gods and men." He ruled as king of the gods on Mount Olympus and as god of the sky and thunder with the power to hurl lightning bolts as a weapon, which Zeus used to defeat the Titans. Known for his escapades, Zeus fathered many godly and heroic children including Aphrodite, Athena, Apollo, Artemis, Hermes, Persephone, Dionysus, Perseus and Hercules. The reverse of this coin shows and eagle standing on a thunderbolt.