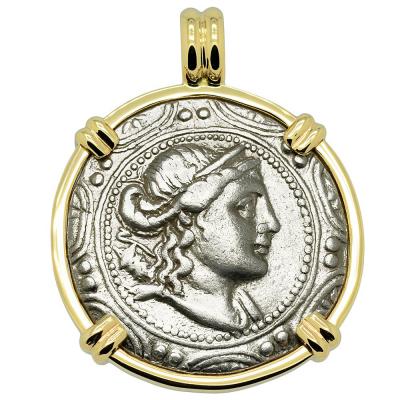 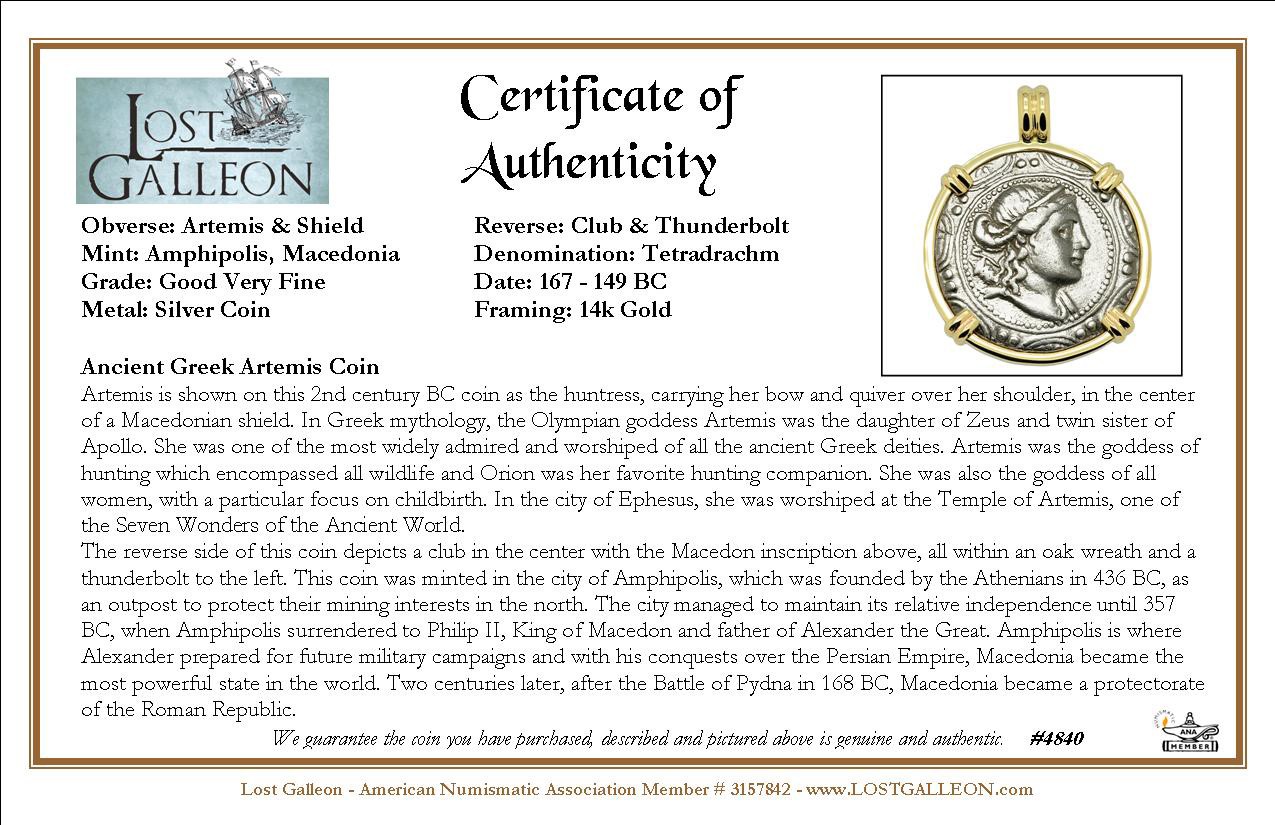 Artemis is shown on this 2nd century BC coin as the huntress, carrying her bow and quiver over her shoulder, in the center of a Macedonian shield. In Greek mythology, the Olympian goddess Artemis was the daughter of Zeus and twin sister of Apollo. She was one of the most widely admired and worshiped of all the ancient Greek deities. Artemis was the goddess of hunting which encompassed all wildlife and Orion was her favorite hunting companion. She was also the goddess of all women, with a particular focus on childbirth. In the city of Ephesus, she was worshiped at the Temple of Artemis, one of the Seven Wonders of the Ancient World.
The reverse side of this coin depicts a club in the center with the Macedon inscription above, all within an oak wreath and a thunderbolt to the left. This coin was minted in the city of Amphipolis, which was founded by the Athenians in 436 BC, as an outpost to protect their mining interests in the north. The city managed to maintain its relative independence until 357 BC, when Amphipolis surrendered to Philip II, King of Macedon and father of Alexander the Great. Amphipolis is where Alexander prepared for future military campaigns and with his conquests over the Persian Empire, Macedonia became the most powerful state in the world. Two centuries later, after the Battle of Pydna in 168 BC, Macedonia became a protectorate of the Roman Republic.