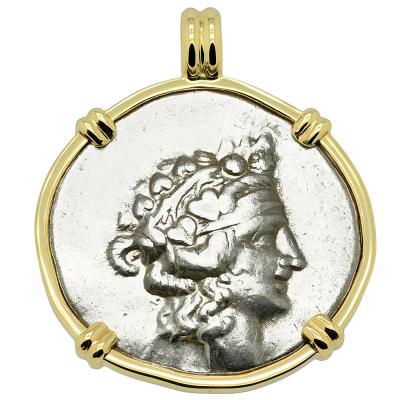 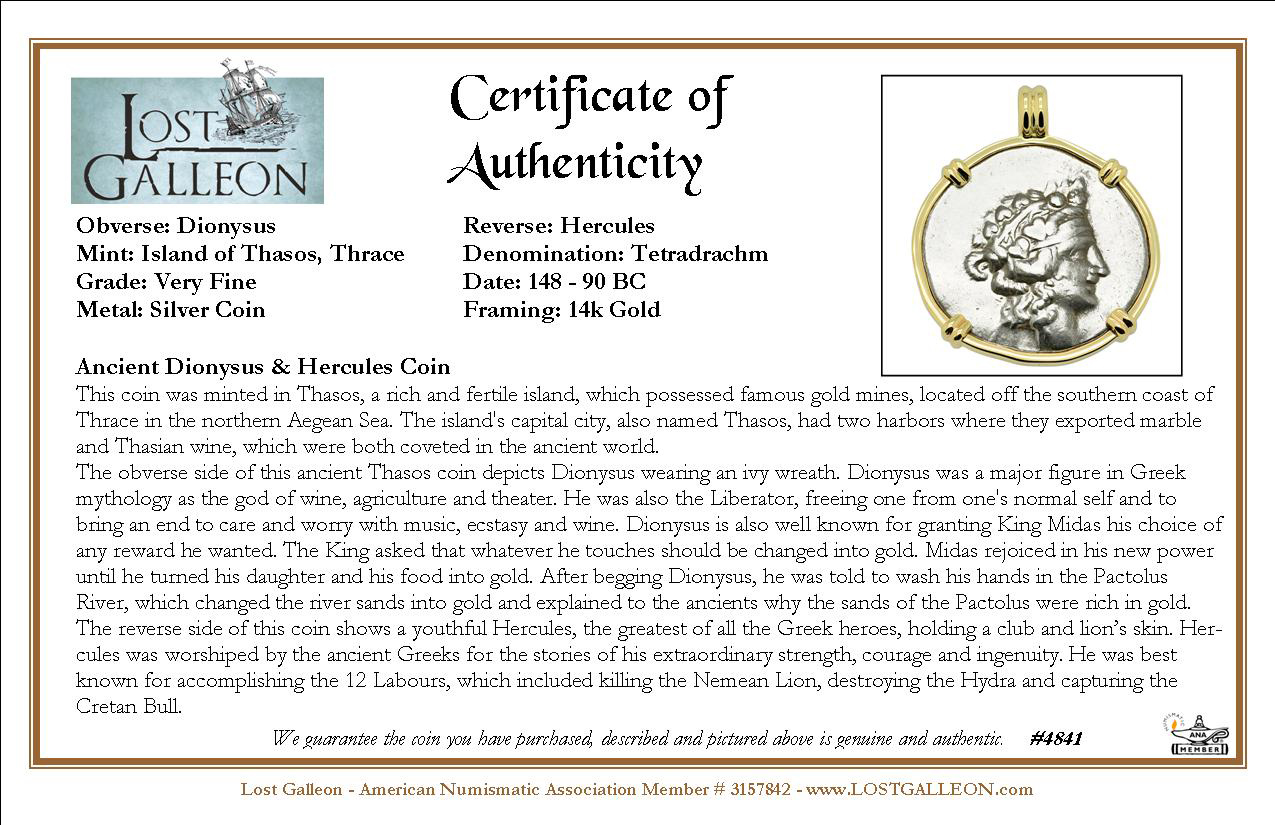 This coin was minted in Thasos, a rich and fertile island, which possessed famous gold mines, located off the southern coast of Thrace in the northern Aegean Sea. The island's capital city, also named Thasos, had two harbors where they exported marble and Thasian wine, which were both coveted in the ancient world.
The obverse side of this ancient Thasos coin depicts Dionysus wearing an ivy wreath. Dionysus was a major figure in Greek mythology as the god of wine, agriculture and theater. He was also the Liberator, freeing one from one's normal self and to bring an end to care and worry with music, ecstasy and wine. Dionysus is also well known for granting King Midas his choice of any reward he wanted. The King asked that whatever he touches should be changed into gold. Midas rejoiced in his new power until he turned his daughter and his food into gold. After begging Dionysus, he was told to wash his hands in the Pactolus River, which changed the river sands into gold and explained to the ancients why the sands of the Pactolus were rich in gold.
The reverse side of this coin shows a youthful Hercules, the greatest of all the Greek heroes, holding a club and lion’s skin. Hercules was worshiped by the ancient Greeks for the stories of his extraordinary strength, courage and ingenuity. He was best known for accomplishing the 12 Labours, which included killing the Nemean Lion, destroying the Hydra and capturing the Cretan Bull.