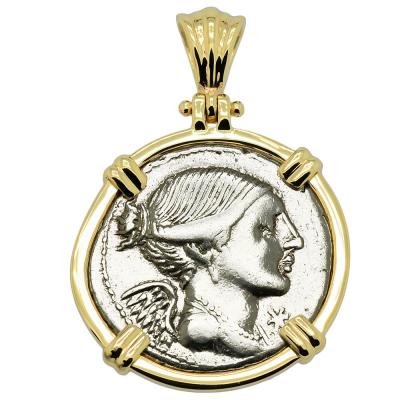 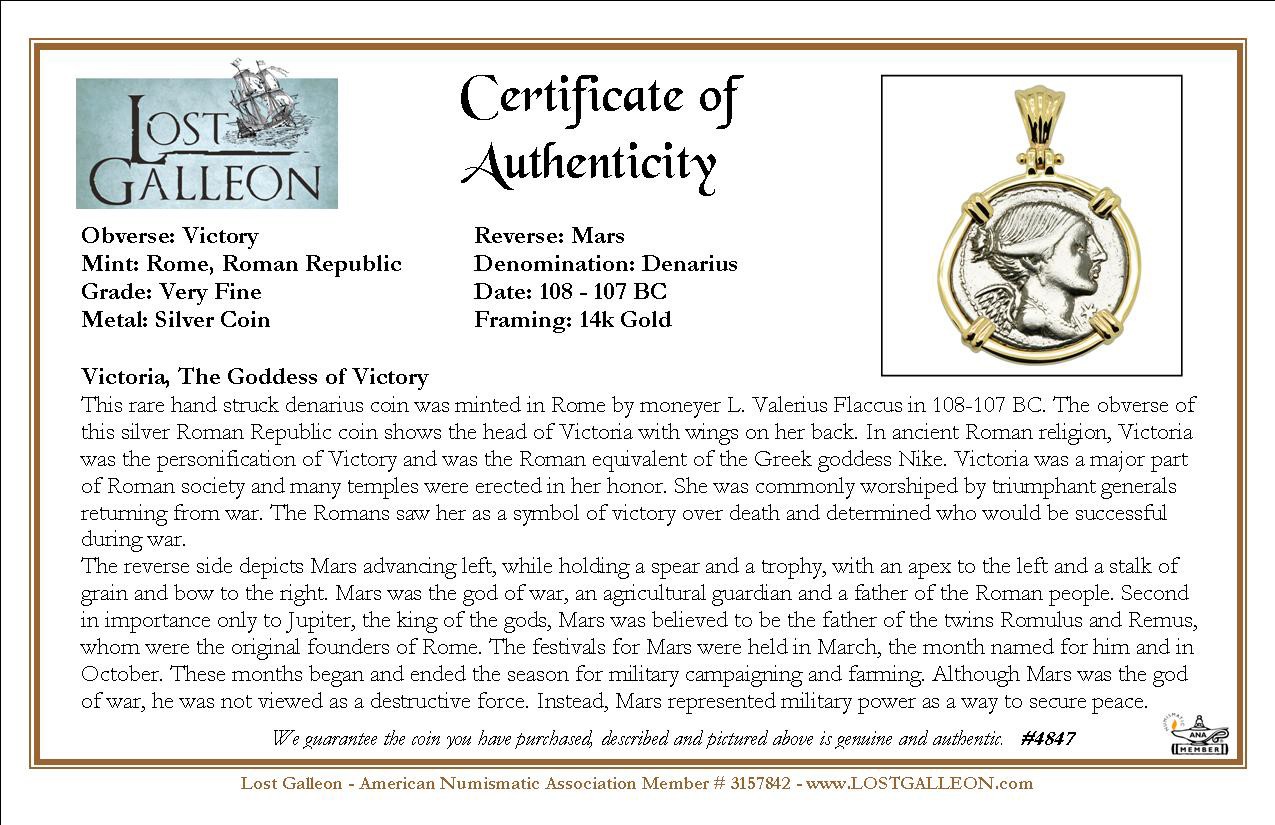 This rare hand struck denarius coin was minted in Rome by moneyer L. Valerius Flaccus in 108-107 BC. The obverse of this silver Roman Republic coin shows the head of Victoria with wings on her back. In ancient Roman religion, Victoria was the personification of Victory and was the Roman equivalent of the Greek goddess Nike. Victoria was a major part of Roman society and many temples were erected in her honor. She was commonly worshiped by triumphant generals returning from war. The Romans saw her as a symbol of victory over death and determined who would be successful during war.
The reverse side depicts Mars advancing left, while holding a spear and a trophy, with an apex to the left and a stalk of grain and bow to the right. Mars was the god of war, an agricultural guardian and a father of the Roman people. Second in importance only to Jupiter, the king of the gods, Mars was believed to be the father of the twins Romulus and Remus, whom were the original founders of Rome. The festivals for Mars were held in March, the month named for him and in October. These months began and ended the season for military campaigning and farming. Although Mars was the god of war, he was not viewed as a destructive force. Instead, Mars represented military power as a way to secure peace.