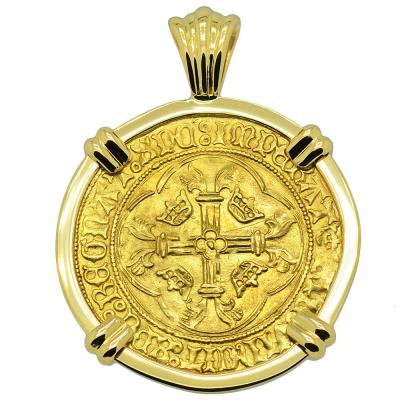 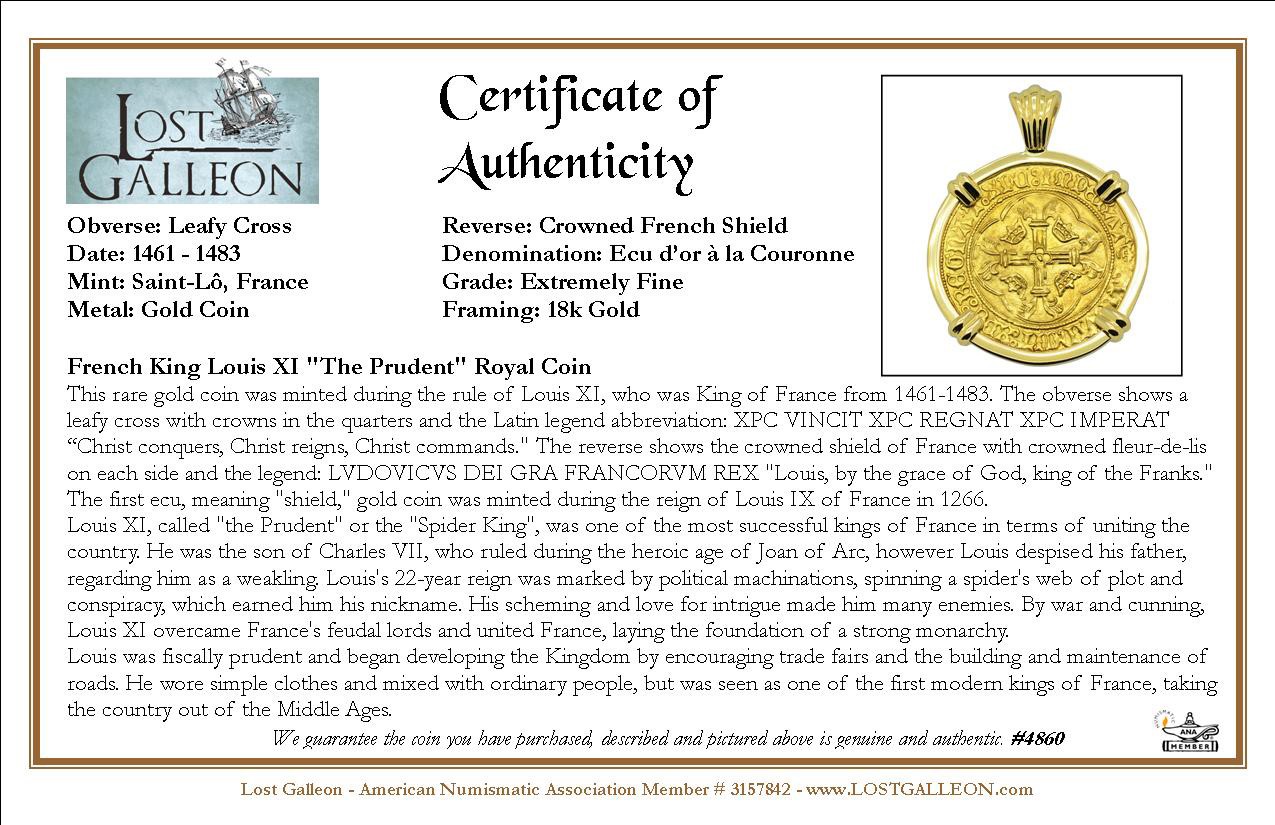 This rare gold coin was minted during the rule of Louis XI, who was King of France from 1461-1483. The obverse shows a leafy cross with crowns in the quarters and the Latin legend abbreviation: XPC VINCIT XPC REGNAT XPC IMPERAT “Christ conquers, Christ reigns, Christ commands." The reverse shows the crowned shield of France with crowned fleur-de-lis on each side and the legend: LVDOVICVS DEI GRA FRANCORVM REX "Louis, by the grace of God, king of the Franks." The first ecu, meaning "shield," gold coin was minted during the reign of Louis IX of France in 1266.
Louis XI, called "the Prudent" or the "Spider King", was one of the most successful kings of France in terms of uniting the country. He was the son of Charles VII, who ruled during the heroic age of Joan of Arc, however Louis despised his father, regarding him as a weakling. Louis's 22-year reign was marked by political machinations, spinning a spider's web of plot and conspiracy, which earned him his nickname. His scheming and love for intrigue made him many enemies. By war and cunning, Louis XI overcame France's feudal lords and united France, laying the foundation of a strong monarchy.
Louis was fiscally prudent and began developing the Kingdom by encouraging trade fairs and the building and maintenance of roads. He wore simple clothes and mixed with ordinary people, but was seen as one of the first modern kings of France, taking the country out of the Middle Ages.