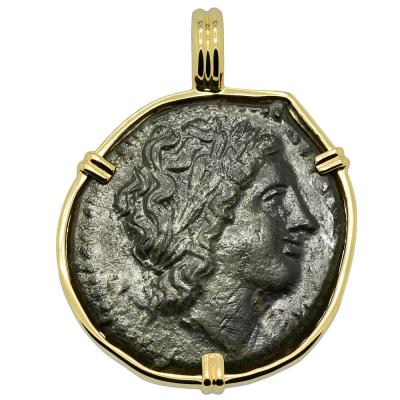 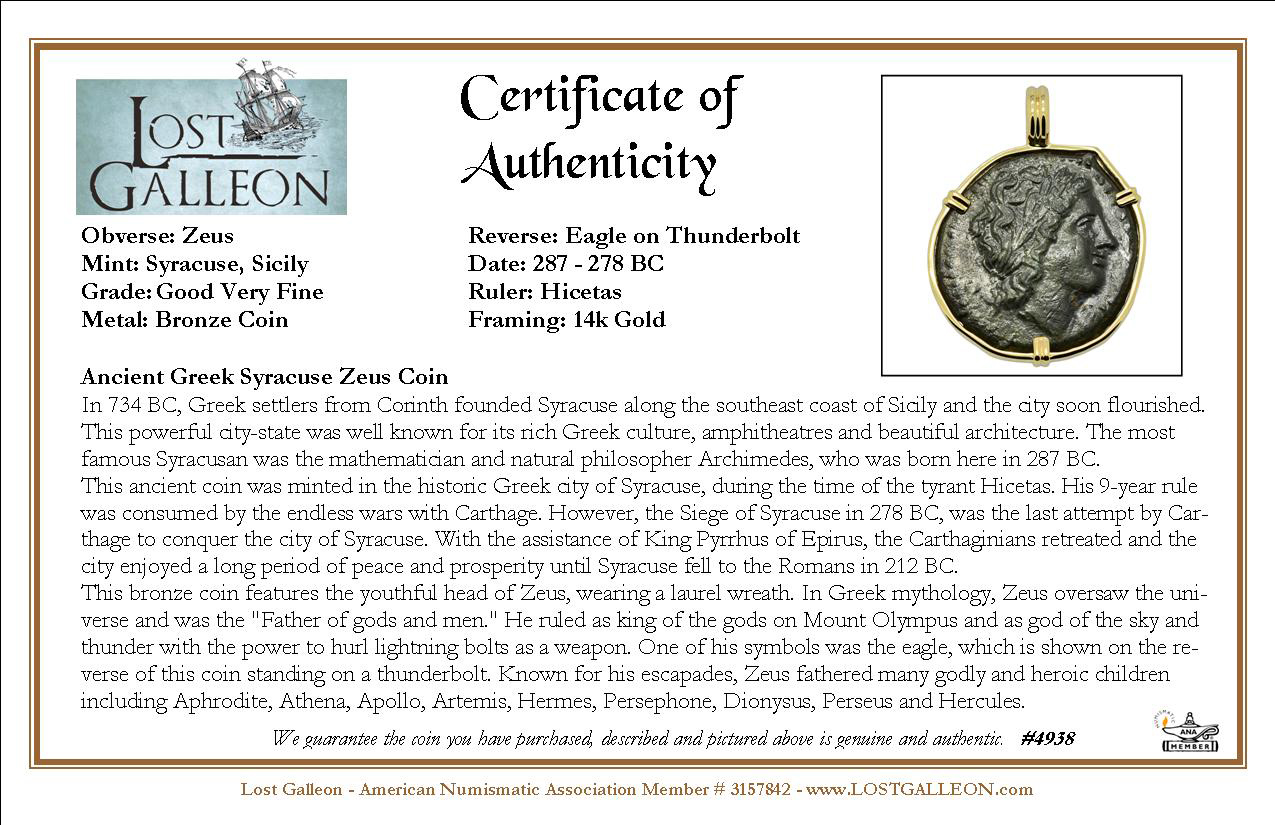 In 734 BC, Greek settlers from Corinth founded Syracuse along the southeast coast of Sicily and the city soon flourished. This powerful city-state was well known for its rich Greek culture, amphitheatres and beautiful architecture. The most famous Syracusan was the mathematician and natural philosopher Archimedes, who was born here in 287 BC.
This ancient coin was minted in the historic Greek city of Syracuse, during the time of the tyrant Hicetas. His 9-year rule was consumed by the endless wars with Carthage. However, the Siege of Syracuse in 278 BC, was the last attempt by Carthage to conquer the city of Syracuse. With the assistance of King Pyrrhus of Epirus, the Carthaginians retreated and the city enjoyed a long period of peace and prosperity until Syracuse fell to the Romans in 212 BC.
This bronze coin features the youthful head of Zeus, wearing a laurel wreath. In Greek mythology, Zeus oversaw the universe and was the "Father of gods and men." He ruled as king of the gods on Mount Olympus and as god of the sky and thunder with the power to hurl lightning bolts as a weapon. One of his symbols was the eagle, which is shown on the reverse of this coin standing on a thunderbolt. Known for his escapades, Zeus fathered many godly and heroic children including Aphrodite, Athena, Apollo, Artemis, Hermes, Persephone, Dionysus, Perseus and Hercules.