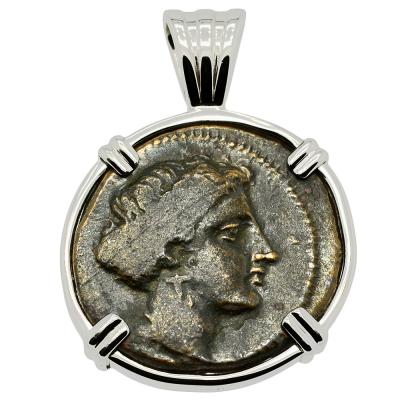 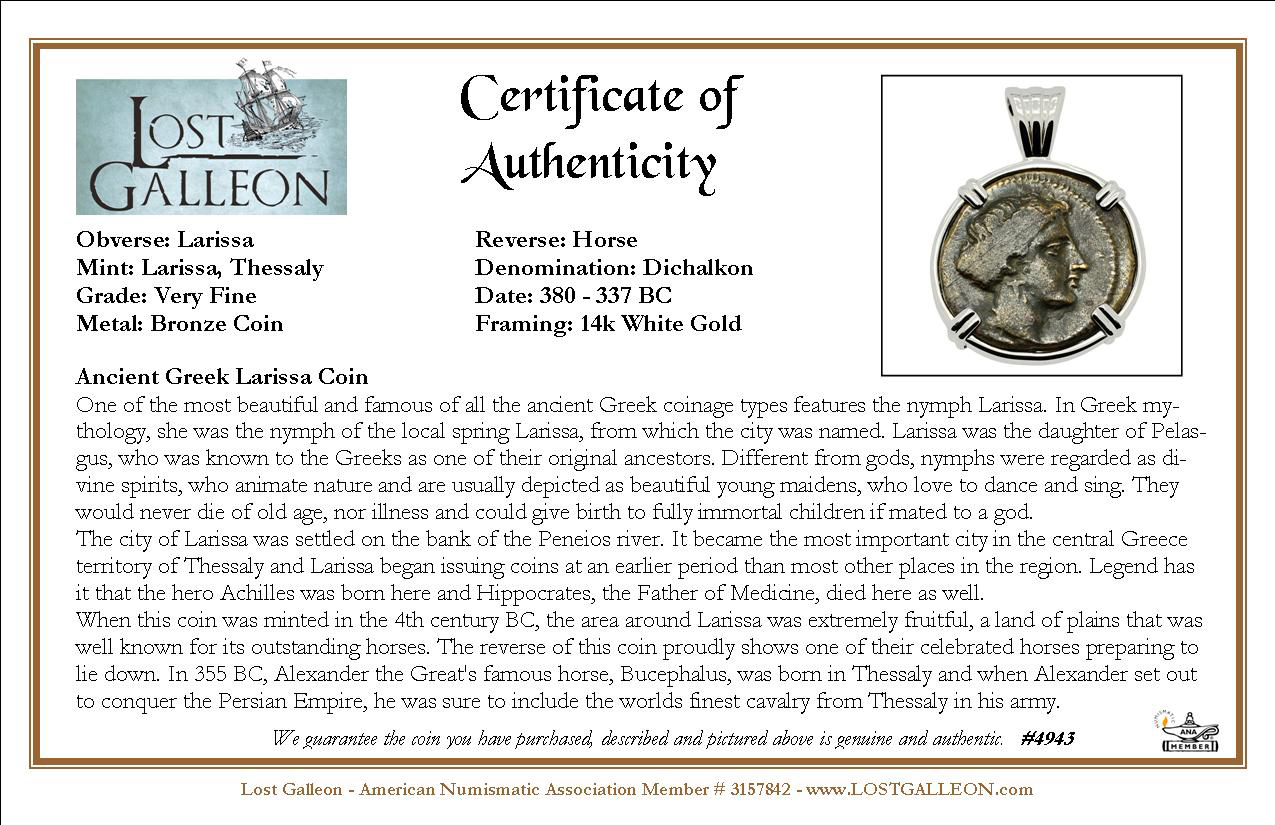 One of the most beautiful and famous of all the ancient Greek coinage types features the nymph Larissa. In Greek mythology, she was the nymph of the local spring Larissa, from which the city was named. Larissa was the daughter of Pelasgus, who was known to the Greeks as one of their original ancestors. Different from gods, nymphs were regarded as divine spirits, who animate nature and are usually depicted as beautiful young maidens, who love to dance and sing. They would never die of old age, nor illness and could give birth to fully immortal children if mated to a god.
The city of Larissa was settled on the bank of the Peneios river. It became the most important city in the central Greece territory of Thessaly and Larissa began issuing coins at an earlier period than most other places in the region. Legend has it that the hero Achilles was born here and Hippocrates, the Father of Medicine, died here as well.
When this coin was minted in the 4th century BC, the area around Larissa was extremely fruitful, a land of plains that was well known for its outstanding horses. The reverse of this coin proudly shows one of their celebrated horses preparing to lie down. In 355 BC, Alexander the Great's famous horse, Bucephalus, was born in Thessaly and when Alexander set out to conquer the Persian Empire, he was sure to include the worlds finest cavalry from Thessaly in his army.