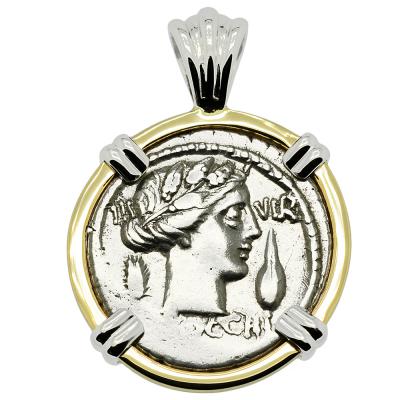 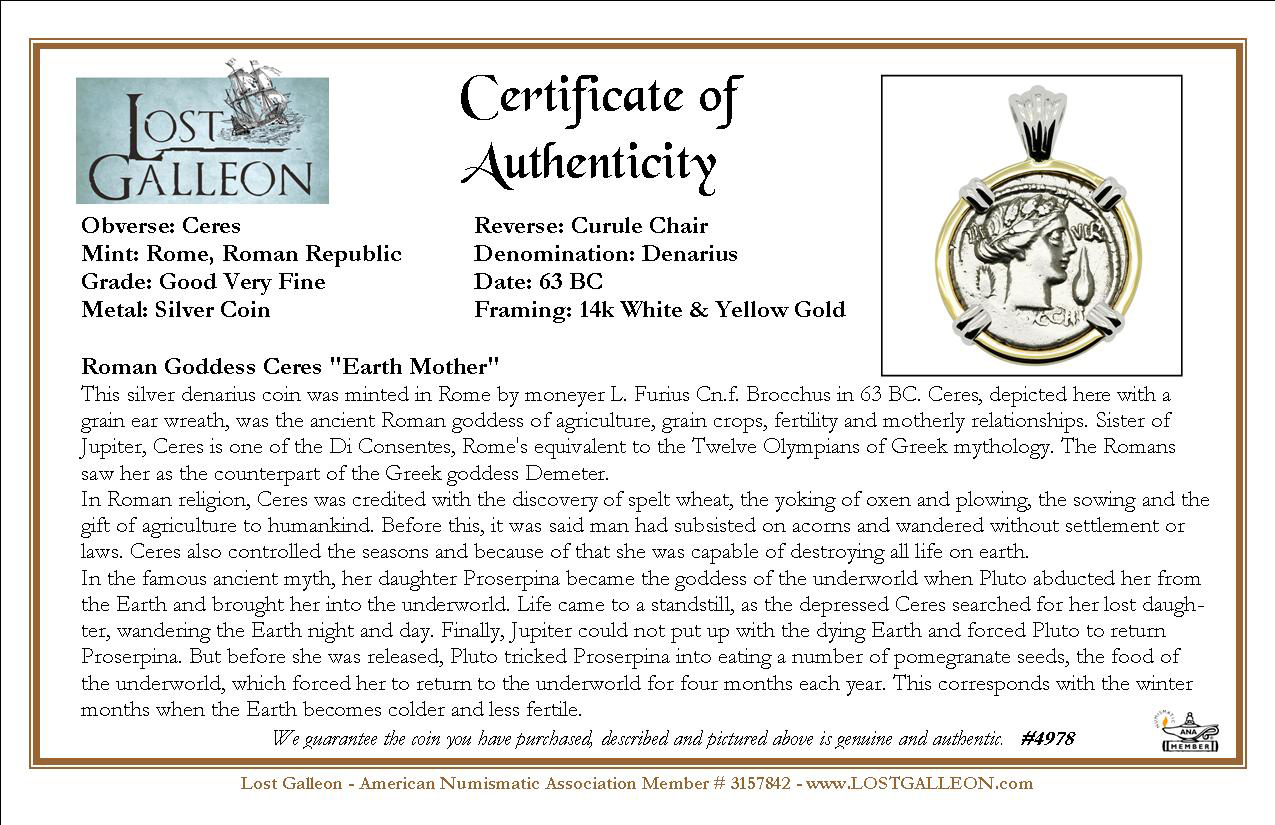 This silver denarius coin was minted in Rome by moneyer L. Furius Cn.f. Brocchus in 63 BC. Ceres, depicted here with a grain ear wreath, was the ancient Roman goddess of agriculture, grain crops, fertility and motherly relationships. Sister of Jupiter, Ceres is one of the Di Consentes, Rome's equivalent to the Twelve Olympians of Greek mythology. The Romans saw her as the counterpart of the Greek goddess Demeter.
In Roman religion, Ceres was credited with the discovery of spelt wheat, the yoking of oxen and plowing, the sowing and the gift of agriculture to humankind. Before this, it was said man had subsisted on acorns and wandered without settlement or laws. Ceres also controlled the seasons and because of that she was capable of destroying all life on earth.
In the famous ancient myth, her daughter Proserpina became the goddess of the underworld when Pluto abducted her from the Earth and brought her into the underworld. Life came to a standstill, as the depressed Ceres searched for her lost daughter, wandering the Earth night and day. Finally, Jupiter could not put up with the dying Earth and forced Pluto to return Proserpina. But before she was released, Pluto tricked Proserpina into eating a number of pomegranate seeds, the food of the underworld, which forced her to return to the underworld for four months each year. This corresponds with the winter months when the Earth becomes colder and less fertile.