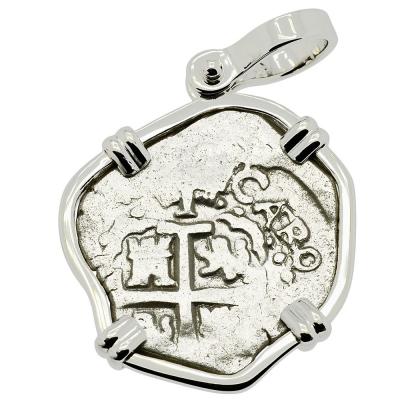 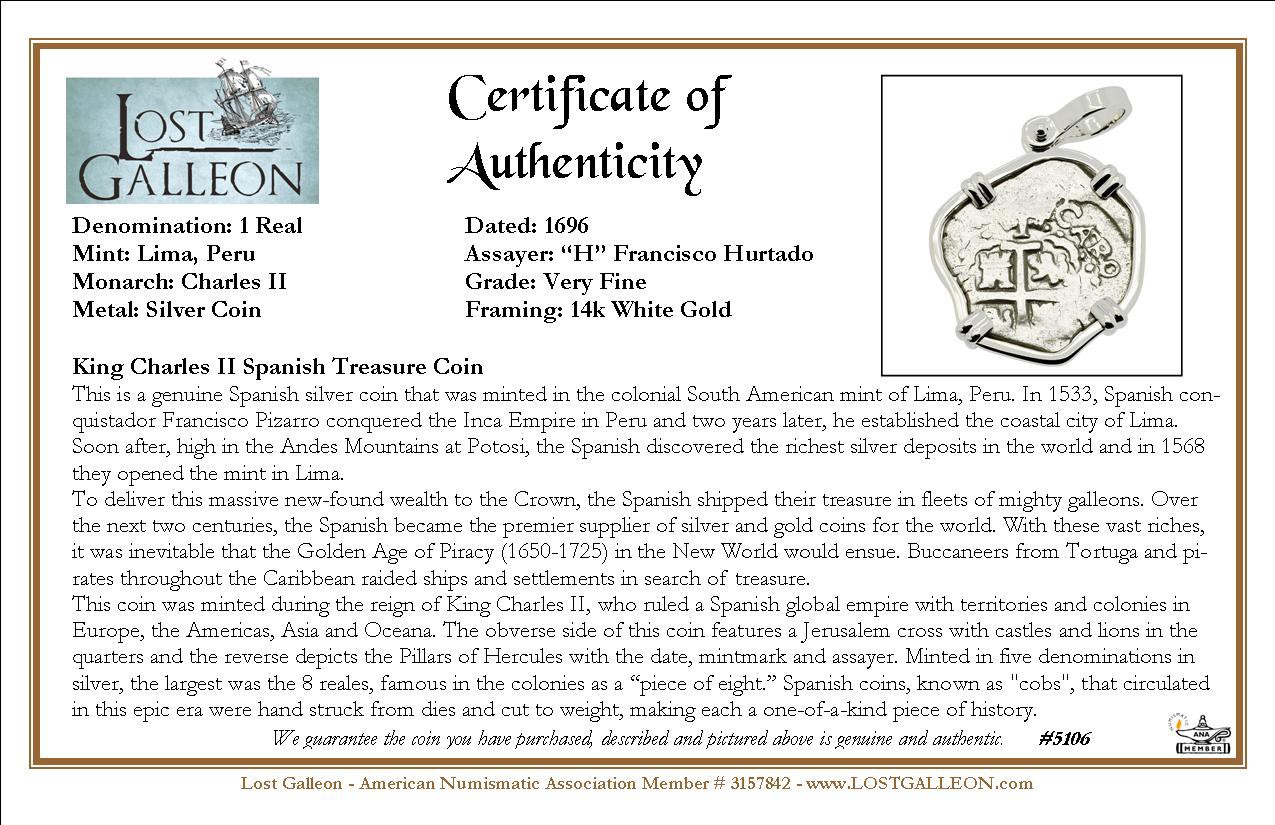 This is a genuine Spanish silver coin that was minted in the colonial South American mint of Lima, Peru. In 1533, Spanish conquistador Francisco Pizarro conquered the Inca Empire in Peru and two years later, he established the coastal city of Lima. Soon after, high in the Andes Mountains at Potosi, the Spanish discovered the richest silver deposits in the world and in 1568 they opened the mint in Lima.
To deliver this massive new-found wealth to the Crown, the Spanish shipped their treasure in fleets of mighty galleons. Over the next two centuries, the Spanish became the premier supplier of silver and gold coins for the world. With these vast riches, it was inevitable that the Golden Age of Piracy (1650-1725) in the New World would ensue. Buccaneers from Tortuga and pirates throughout the Caribbean raided ships and settlements in search of treasure.
This coin was minted during the reign of King Charles II, who ruled a Spanish global empire with territories and colonies in Europe, the Americas, Asia and Oceana. The obverse side of this coin features a Jerusalem cross with castles and lions in the quarters and the reverse depicts the Pillars of Hercules with the date, mintmark and assayer. Minted in five denominations in silver, the largest was the 8 reales, famous in the colonies as a “piece of eight.” Spanish coins, known as "cobs", that circulated in this epic era were hand struck from dies and cut to weight, making each a one-of-a-kind piece of history.