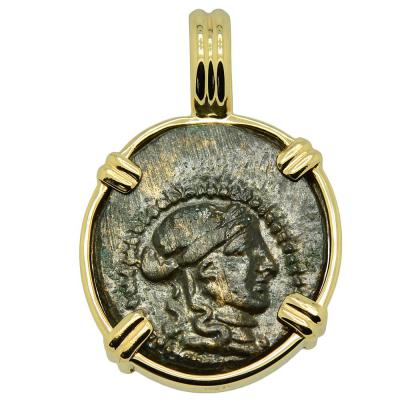 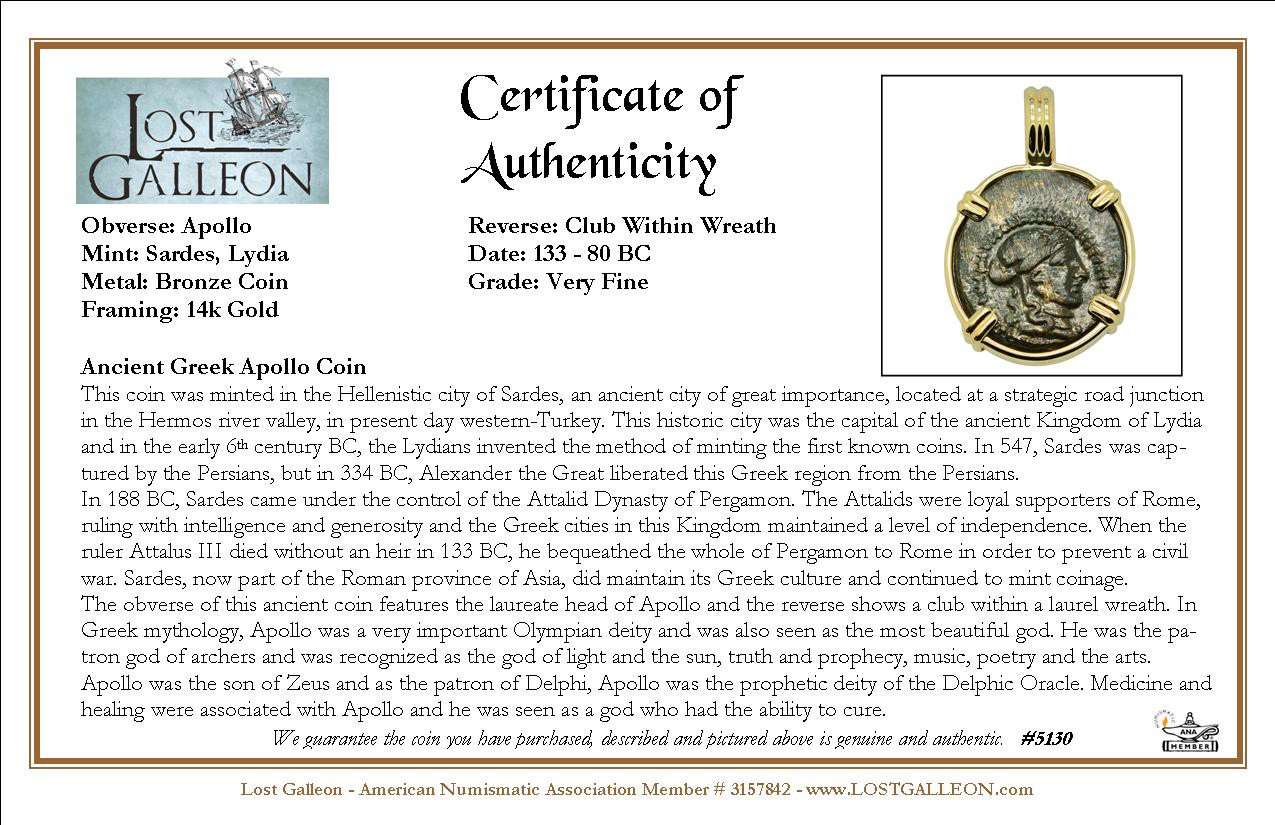 This coin was minted in the Hellenistic city of Sardes, an ancient city of great importance, located at a strategic road junction in the Hermos river valley, in present day western-Turkey. This historic city was the capital of the ancient Kingdom of Lydia and in the early 6th century BC, the Lydians invented the method of minting the first known coins. In 547, Sardes was captured by the Persians, but in 334 BC, Alexander the Great liberated this Greek region from the Persians.
In 188 BC, Sardes came under the control of the Attalid Dynasty of Pergamon. The Attalids were loyal supporters of Rome, ruling with intelligence and generosity and the Greek cities in this Kingdom maintained a level of independence. When the ruler Attalus III died without an heir in 133 BC, he bequeathed the whole of Pergamon to Rome in order to prevent a civil war. Sardes, now part of the Roman province of Asia, did maintain its Greek culture and continued to mint coinage.
The obverse of this ancient coin features the laureate head of Apollo and the reverse shows a club within a laurel wreath. In Greek mythology, Apollo was a very important Olympian deity and was also seen as the most beautiful god. He was the patron god of archers and was recognized as the god of light and the sun, truth and prophecy, music, poetry and the arts. Apollo was the son of Zeus and as the patron of Delphi, Apollo was the prophetic deity of the Delphic Oracle. Medicine and healing were associated with Apollo and he was seen as a god who had the ability to cure.