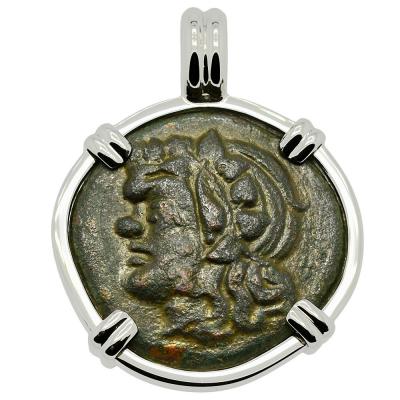 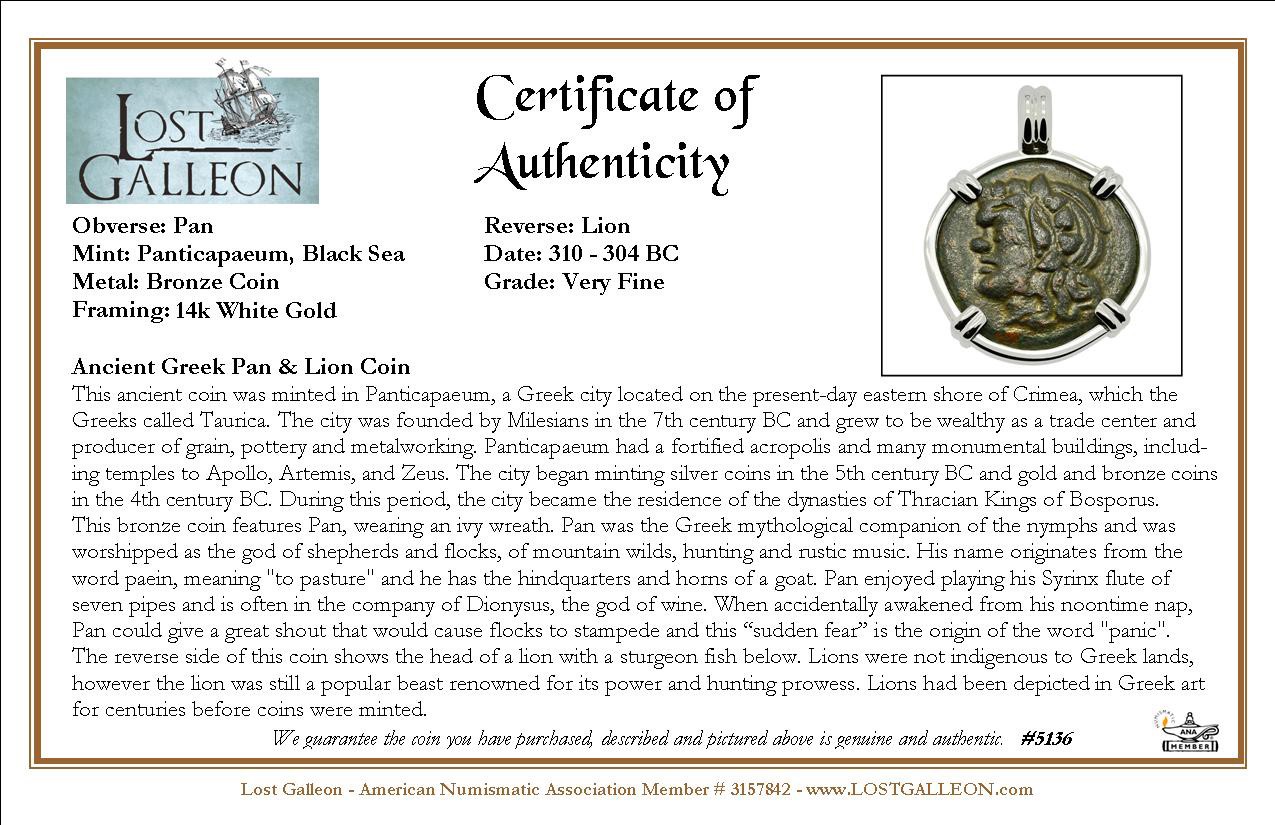 This ancient coin was minted in Panticapaeum, a Greek city located on the present-day eastern shore of Crimea, which the Greeks called Taurica. The city was founded by Milesians in the 7th century BC and grew to be wealthy as a trade center and producer of grain, pottery and metalworking. Panticapaeum had a fortified acropolis and many monumental buildings, including temples to Apollo, Artemis, and Zeus. The city began minting silver coins in the 5th century BC and gold and bronze coins in the 4th century BC. During this period, the city became the residence of the dynasties of Thracian Kings of Bosporus.
This bronze coin features Pan, wearing an ivy wreath. Pan was the Greek mythological companion of the nymphs and was worshipped as the god of shepherds and flocks, of mountain wilds, hunting and rustic music. His name originates from the word paein, meaning "to pasture" and he has the hindquarters and horns of a goat. Pan enjoyed playing his Syrinx flute of seven pipes and is often in the company of Dionysus, the god of wine. When accidentally awakened from his noontime nap, Pan could give a great shout that would cause flocks to stampede and this “sudden fear” is the origin of the word "panic".
The reverse side of this coin shows the head of a lion with a sturgeon fish below. Lions were not indigenous to Greek lands, however the lion was still a popular beast renowned for its power and hunting prowess. Lions had been depicted in Greek art for centuries before coins were minted.