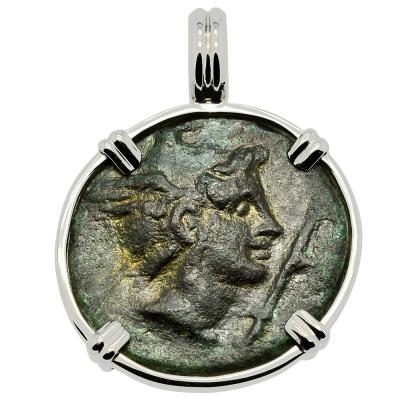 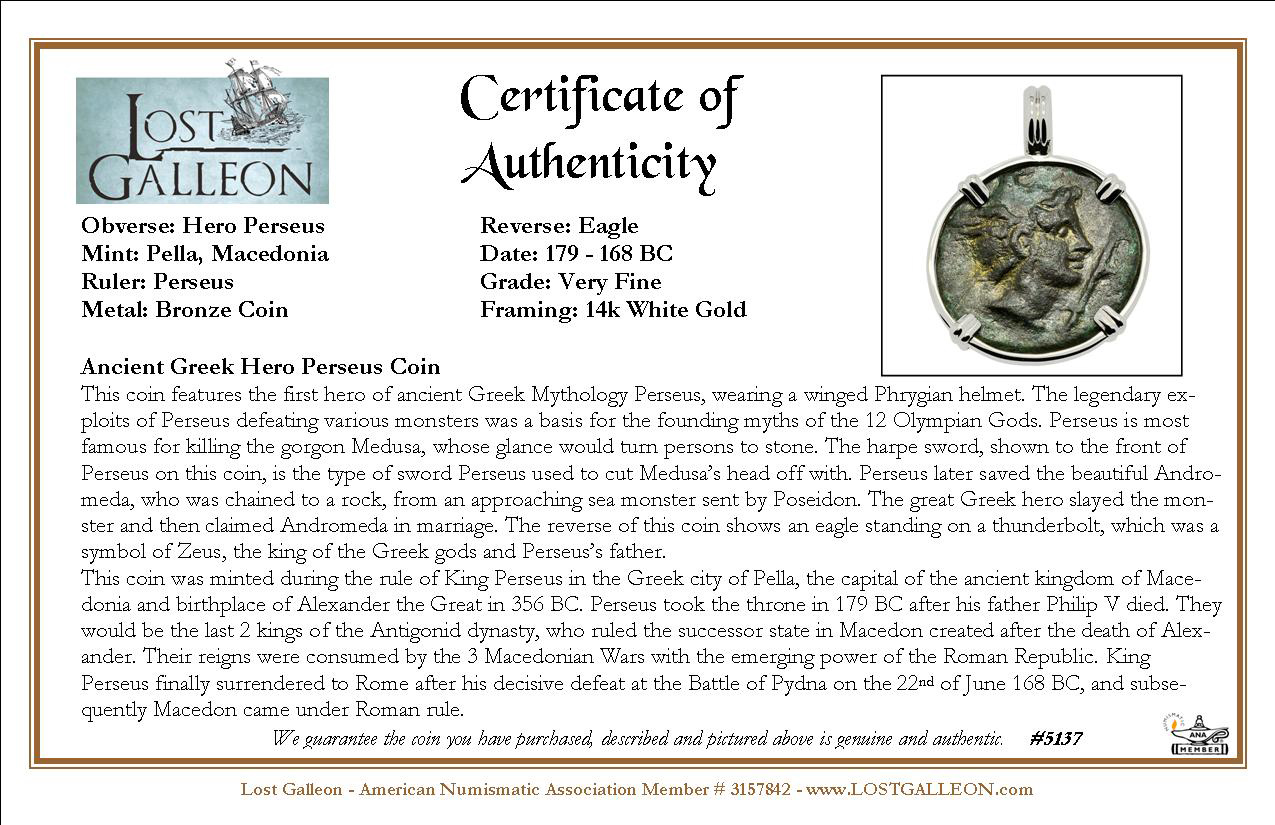 This coin features the first hero of ancient Greek Mythology Perseus, wearing a winged Phrygian helmet. The legendary exploits of Perseus defeating various monsters was a basis for the founding myths of the 12 Olympian Gods. Perseus is most famous for killing the gorgon Medusa, whose glance would turn persons to stone. The harpe sword, shown to the front of Perseus on this coin, is the type of sword Perseus used to cut Medusa’s head off with. Perseus later saved the beautiful Andromeda, who was chained to a rock, from an approaching sea monster sent by Poseidon. The great Greek hero slayed the monster and then claimed Andromeda in marriage. The reverse of this coin shows an eagle standing on a thunderbolt, which was a symbol of Zeus, the king of the Greek gods and Perseus’s father.
This coin was minted during the rule of King Perseus in the Greek city of Pella, the capital of the ancient kingdom of Macedonia and birthplace of Alexander the Great in 356 BC. Perseus took the throne in 179 BC after his father Philip V died. They would be the last 2 kings of the Antigonid dynasty, who ruled the successor state in Macedon created after the death of Alexander. Their reigns were consumed by the 3 Macedonian Wars with the emerging power of the Roman Republic. King Perseus finally surrendered to Rome after his decisive defeat at the Battle of Pydna on the 22nd of June 168 BC, and subsequently Macedon came under Roman rule.