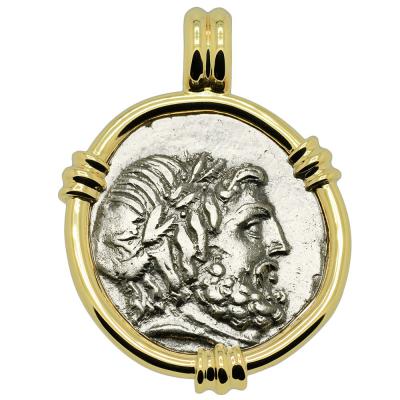 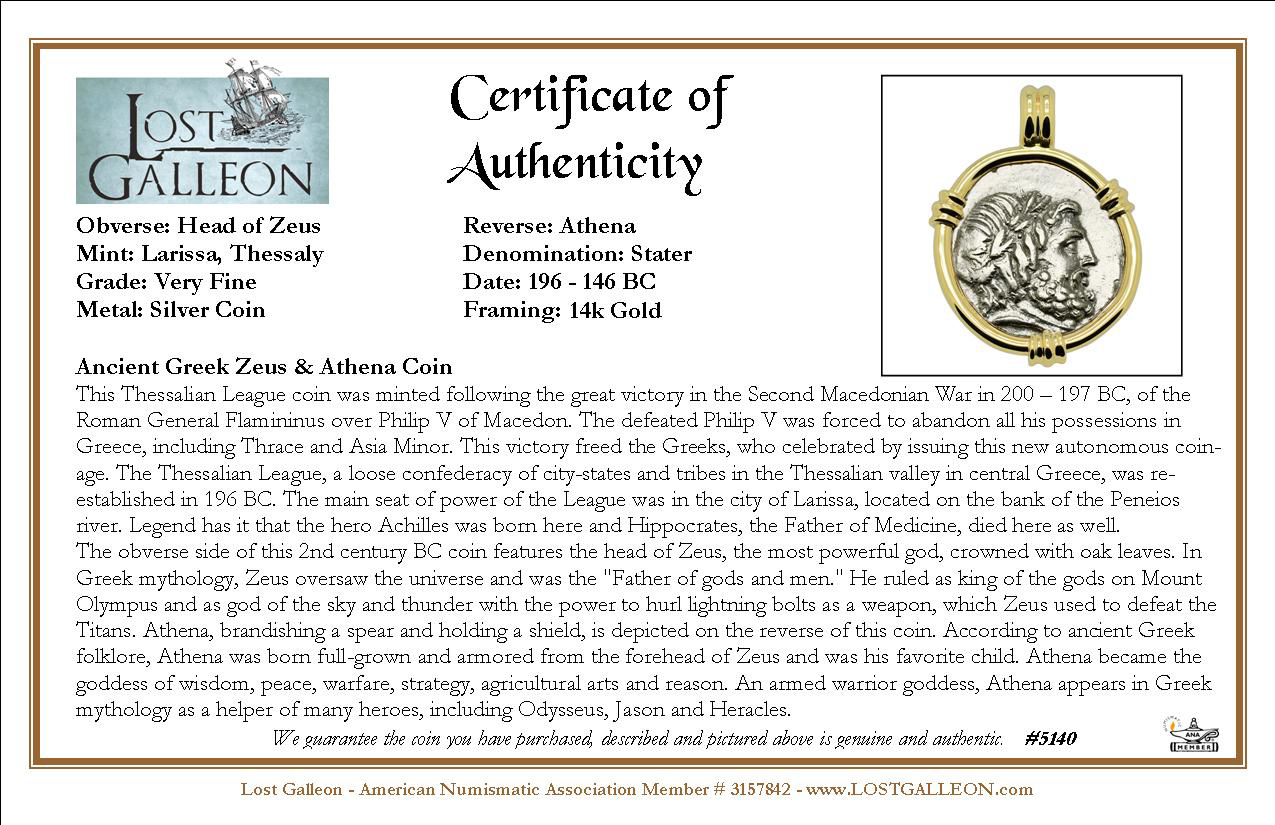 This Greek Stater coin was minted in the city of Larissa, following the great victory in the Second Macedonian War in 200 – 197 BC, of the Roman General Flamininus over Philip V of Macedon. Rome was allied with Pergamon and Rhodos, and the defeated Philip V was forced to abandon all his possessions in Greece, including Thrace and Asia Minor. This victory freed the Greeks, who celebrated by issuing this new autonomous coinage.
The obverse side of this ancient coin shows the head of Zeus, the most powerful Greek god, crowned with oak leaves. In Greek mythology, Zeus oversaw the universe and was the "Father of gods and men." He ruled as king of the gods on Mount Olympus and as god of the sky and thunder with the power to hurl lightning bolts as a weapon, which Zeus used to defeat the Titans.
Athena, brandishing a spear and holding a shield, is depicted on the reverse. Athena, according to Greek mythology, was born full-grown and armored from the forehead of Zeus and was his favorite child. Athena became the goddess of wisdom, peace, warfare, strategy, agricultural arts and reason. An armed warrior goddess, Athena appears in Greek mythology as a helper of many heroes, including Odysseus, Jason and Heracles. In Classical Greek myths she never consorts with a lover, earning the title Athena Parthenos "Athena the Virgin", hence the name of her most famous temple, the Parthenon on the Acropolis in Athens.