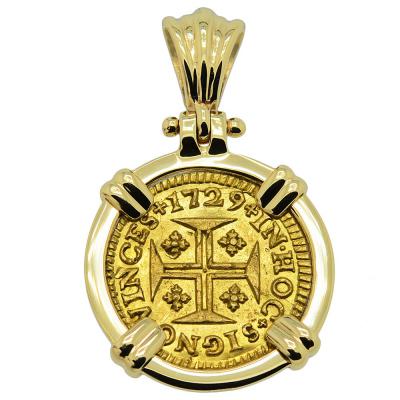 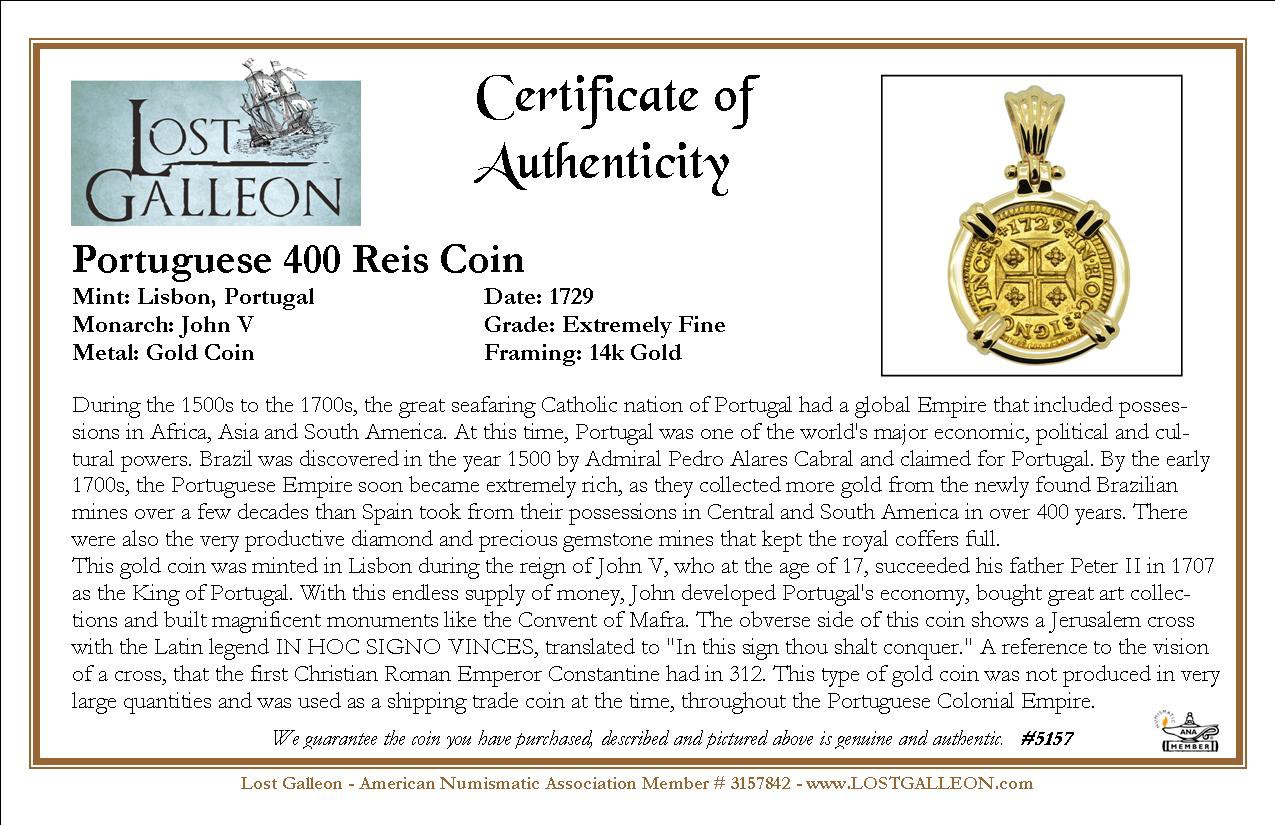 During the 1500s to the 1700s, the great seafaring Catholic nation of Portugal had a global Empire that included possessions in Africa, Asia and South America. At this time, Portugal was one of the world's major economic, political and cultural powers. Brazil was discovered in the year 1500 by Admiral Pedro Alares Cabral and claimed for Portugal. By the early 1700s, the Portuguese Empire soon became extremely rich, as they collected more gold from the newly found Brazilian mines over a few decades than Spain took from their possessions in Central and South America in over 400 years. There were also the very productive diamond and precious gemstone mines that kept the royal coffers full.
This gold coin was minted in Lisbon during the reign of John V, who at the age of 17, succeeded his father Peter II in 1707 as the King of Portugal. With this endless supply of money, John developed Portugal's economy, bought great art collections and built magnificent monuments like the Convent of Mafra. The obverse side of this coin shows a Jerusalem cross with the Latin legend IN HOC SIGNO VINCES, translated to "In this sign thou shalt conquer." A reference to the vision of a cross, that the first Christian Roman Emperor Constantine had in 312. This type of gold coin was not produced in very large quantities and was used as a shipping trade coin at the time, throughout the Portuguese Colonial Empire.