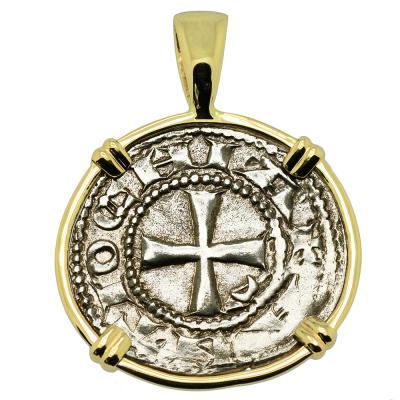 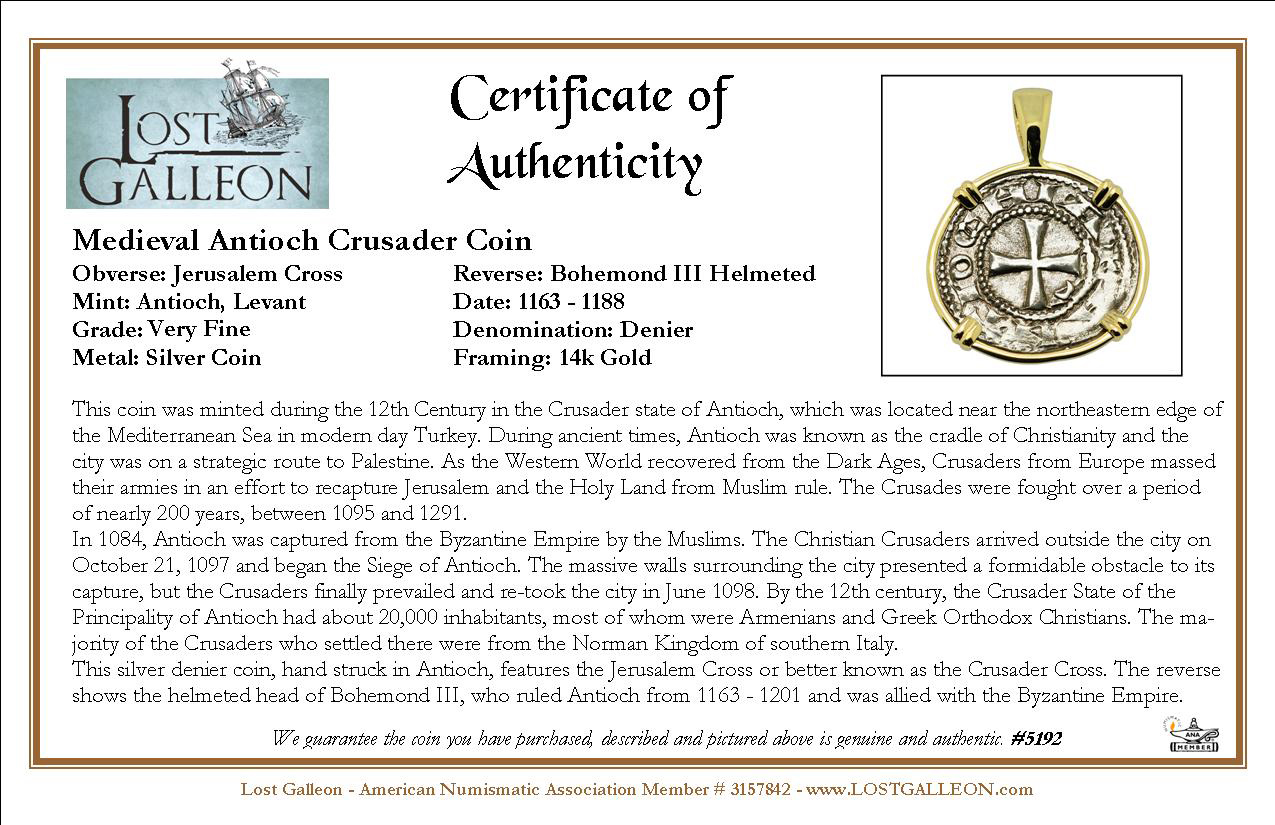 This coin was minted during the 12th Century in the Crusader state of Antioch, which was located near the northeastern edge of the Mediterranean Sea in modern day Turkey. During ancient times, Antioch was known as the cradle of Christianity and the city was on a strategic route to Palestine. As the Western World recovered from the Dark Ages, Crusaders from Europe massed their armies in an effort to recapture Jerusalem and the Holy Land from Muslim rule. The Crusades were fought over a period of nearly 200 years, between 1095 and 1291.
In 1084, Antioch was captured from the Byzantine Empire by the Muslims. The Christian Crusaders arrived outside the city on October 21, 1097 and began the Siege of Antioch. The massive walls surrounding the city presented a formidable obstacle to its capture, but the Crusaders finally prevailed and re-took the city in June 1098. By the 12th century, the Crusader State of the Principality of Antioch had about 20,000 inhabitants, most of whom were Armenians and Greek Orthodox Christians. The majority of the Crusaders who settled there were from the Norman Kingdom of southern Italy.
This silver denier coin, hand struck in Antioch, features the Jerusalem Cross or better known as the Crusader Cross. The reverse shows the helmeted head of Bohemond III, who ruled Antioch from 1163 - 1201 and was allied with the Byzantine Empire.