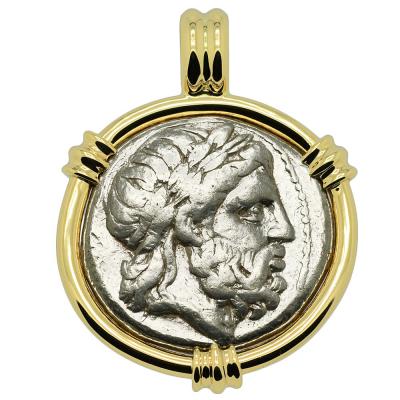 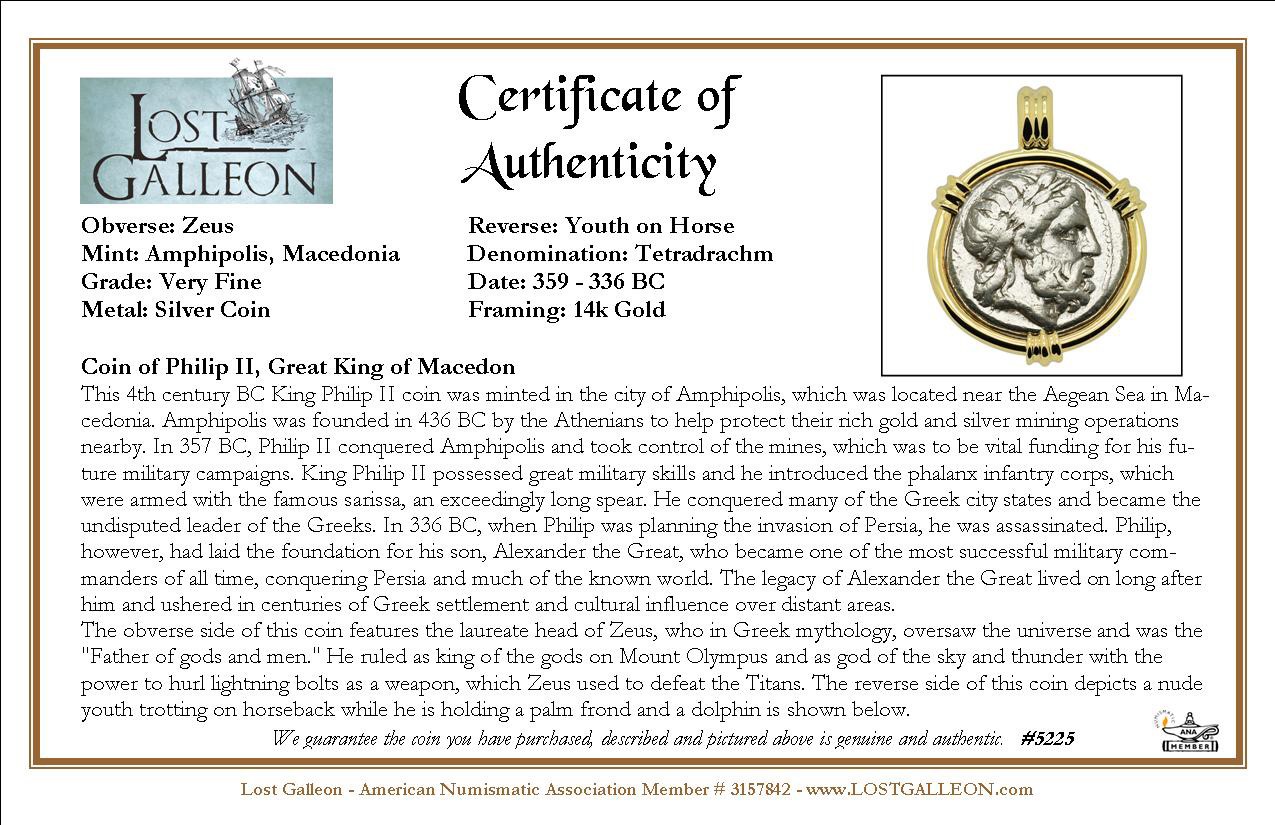 This 4th century BC King Philip II coin was minted in the city of Amphipolis, which was located near the Aegean Sea in Macedonia. Amphipolis was founded in 436 BC by the Athenians to help protect their rich gold and silver mining operations nearby. In 357 BC, Philip II conquered Amphipolis and took control of the mines, which was to be vital funding for his future military campaigns.
King Philip II possessed great military skills and he introduced the phalanx infantry corps, which were armed with the famous sarissa, an exceedingly long spear. He conquered many of the Greek city states and became the undisputed leader of the Greeks. In 336 BC, when Philip was planning the invasion of Persia, he was assassinated. Philip, however, had laid the foundation for his son, Alexander the Great, who became one of the most successful military commanders of all time, conquering Persia and much of the known world. The legacy of Alexander the Great lived on long after him and ushered in centuries of Greek settlement and cultural influence over distant areas.
The obverse side of this coin features the laureate head of Zeus, who in Greek mythology, oversaw the universe and was the "Father of gods and men." He ruled as king of the gods on Mount Olympus and as god of the sky and thunder with the power to hurl lightning bolts as a weapon, which Zeus used to defeat the Titans. The reverse side of this coin depicts a nude youth trotting on horseback while he is holding a palm frond and a dolphin is shown below.