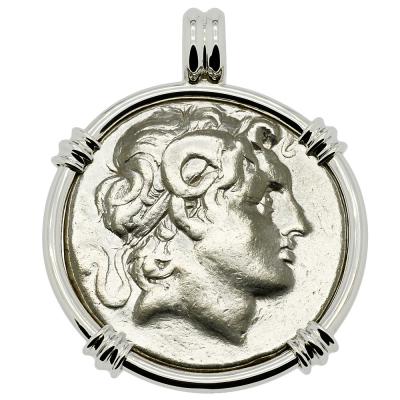 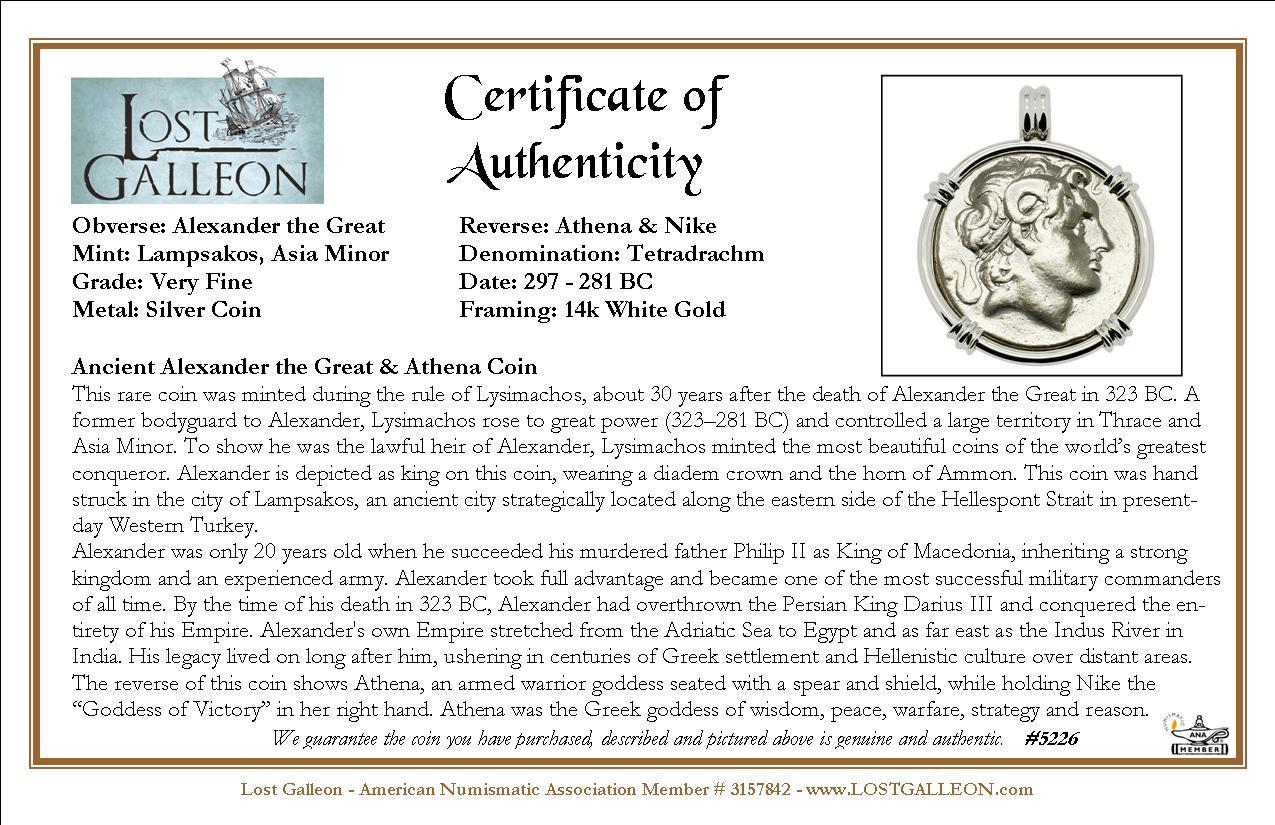 This rare coin was minted during the rule of Lysimachos, about 30 years after the death of Alexander the Great in 323 BC. A former bodyguard to Alexander, Lysimachos rose to great power (323–281 BC) and controlled a large territory in Thrace and Asia Minor. To show he was the lawful heir of Alexander, Lysimachos minted the most beautiful coins of the world’s greatest conqueror. Alexander is depicted as king on this coin, wearing a diadem crown and the horn of Ammon. This coin was hand struck in the city of Lampsakos, an ancient city strategically located along the eastern side of the Hellespont Strait in present-day Western Turkey.
Alexander was only 20 years old when he succeeded his murdered father Philip II as King of Macedonia, inheriting a strong kingdom and an experienced army. Alexander took full advantage and became one of the most successful military commanders of all time. By the time of his death in 323 BC, Alexander had overthrown the Persian King Darius III and conquered the entirety of his Empire. Alexander's own Empire stretched from the Adriatic Sea to Egypt and as far east as the Indus River in India. His legacy lived on long after him, ushering in centuries of Greek settlement and Hellenistic culture over distant areas.
The reverse of this coin shows Athena, an armed warrior goddess seated with a spear and shield, while holding Nike the “Goddess of Victory” in her right hand. Athena was the Greek goddess of wisdom, peace, warfare, strategy and reason.