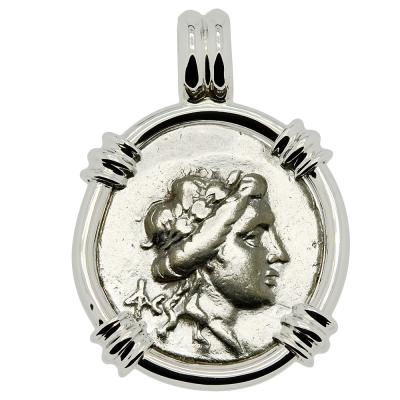 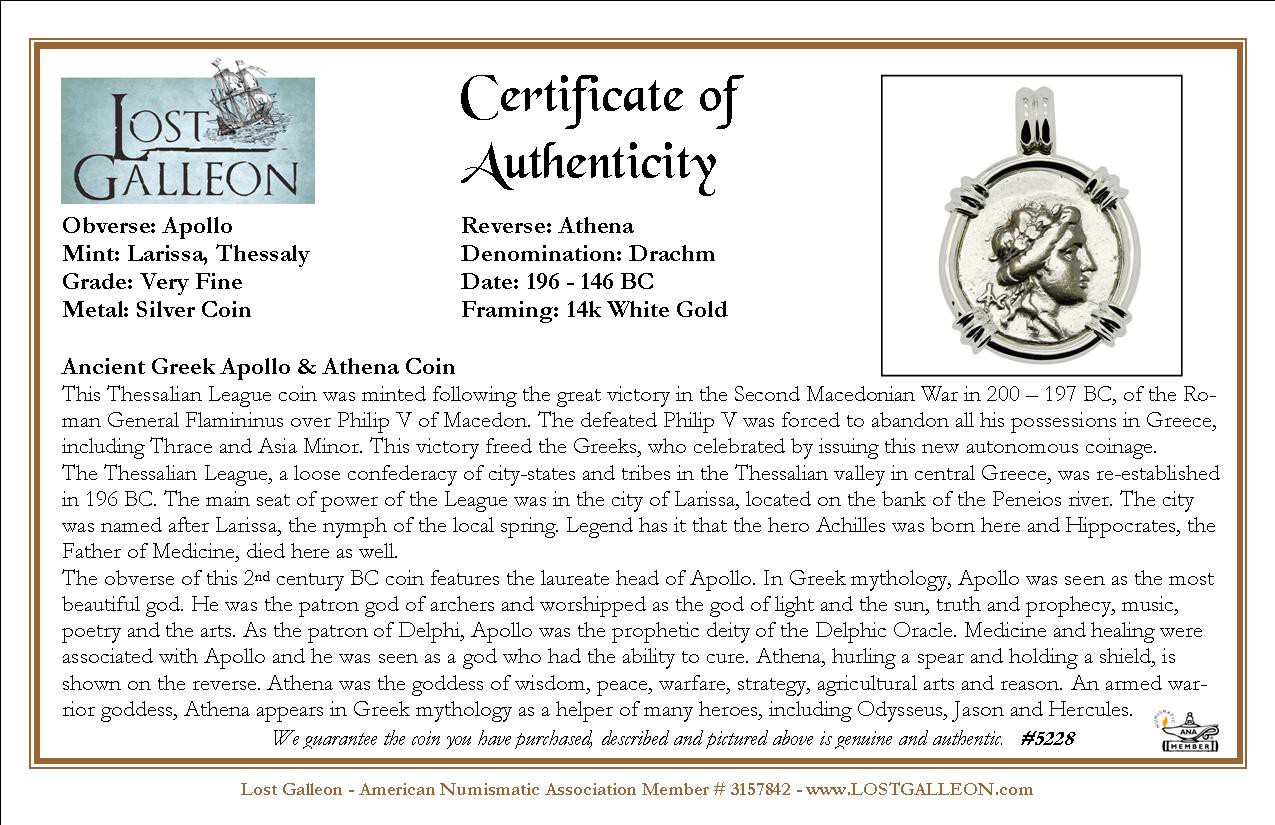 This Thessalian League coin was minted following the great victory in the Second Macedonian War in 200 – 197 BC, of the Roman General Flamininus over Philip V of Macedon. The defeated Philip V was forced to abandon all his possessions in Greece, including Thrace and Asia Minor. This victory freed the Greeks, who celebrated by issuing this new autonomous coinage.
The Thessalian League, a loose confederacy of city-states and tribes in the Thessalian valley in central Greece, was re-established in 196 BC. The main seat of power of the League was in the city of Larissa, located on the bank of the Peneios river. The city was named after Larissa, the nymph of the local spring. Legend has it that the hero Achilles was born here and Hippocrates, the Father of Medicine, died here as well.
The obverse of this 2nd century BC coin features the laureate head of Apollo. In Greek mythology, Apollo was seen as the most beautiful god. He was the patron god of archers and worshipped as the god of light and the sun, truth and prophecy, music, poetry and the arts. As the patron of Delphi, Apollo was the prophetic deity of the Delphic Oracle. Medicine and healing were associated with Apollo and he was seen as a god who had the ability to cure.
Athena, hurling a spear and holding a shield, is shown on the reverse. Athena was the goddess of wisdom, peace, warfare, strategy, agricultural arts and reason. An armed warrior goddess, Athena appears in Greek mythology as a helper of many heroes, including Odysseus, Jason and Hercules.