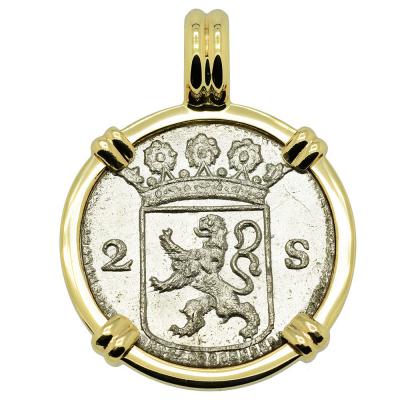 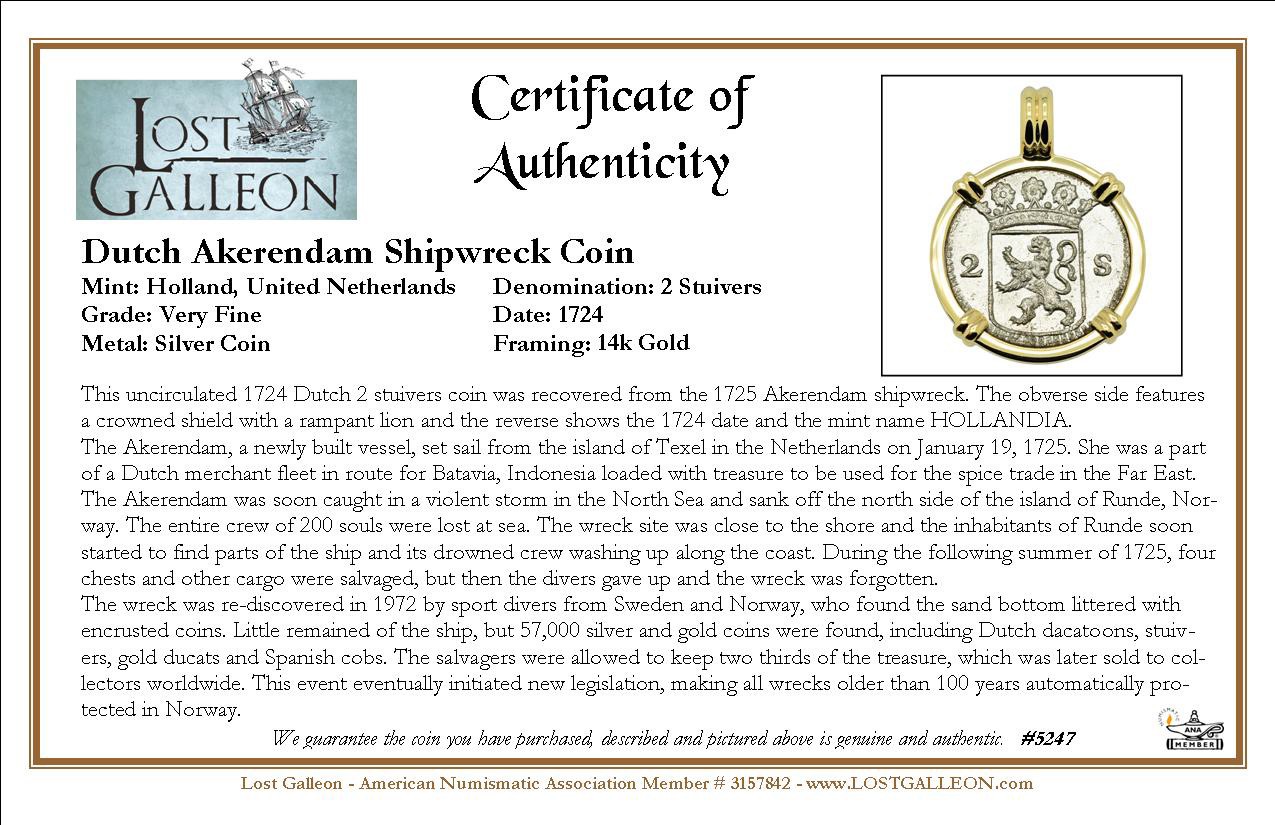 This uncirculated 1724 Dutch 2 stuivers coin was recovered from the 1725 Akerendam shipwreck. The obverse side features a crowned shield with a rampant lion and the reverse shows the 1724 date and the mint name HOLLANDIA.
The Akerendam, a newly built vessel, set sail from the island of Texel in the Netherlands on January 19, 1725. She was a part of a Dutch merchant fleet in route for Batavia, Indonesia loaded with treasure to be used for the spice trade in the Far East. The Akerendam was soon caught in a violent storm in the North Sea and sank off the north side of the island of Runde, Norway. The entire crew of 200 souls were lost at sea. The wreck site was close to the shore and the inhabitants of Runde soon started to find parts of the ship and its drowned crew washing up along the coast. During the following summer of 1725, four chests and other cargo were salvaged, but then the divers gave up and the wreck was forgotten.
The wreck was re-discovered in 1972 by sport divers from Sweden and Norway, who found the sand bottom littered with encrusted coins. Little remained of the ship, but 57,000 silver and gold coins were found, including Dutch dacatoons, stuivers, gold ducats and Spanish cobs. The salvagers were allowed to keep two thirds of the treasure, which was later sold to collectors worldwide. This event eventually initiated new legislation, making all wrecks older than 100 years automatically protected in Norway.