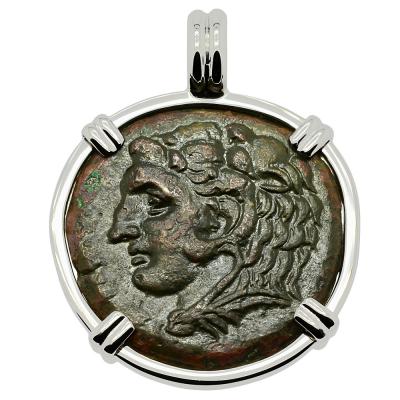 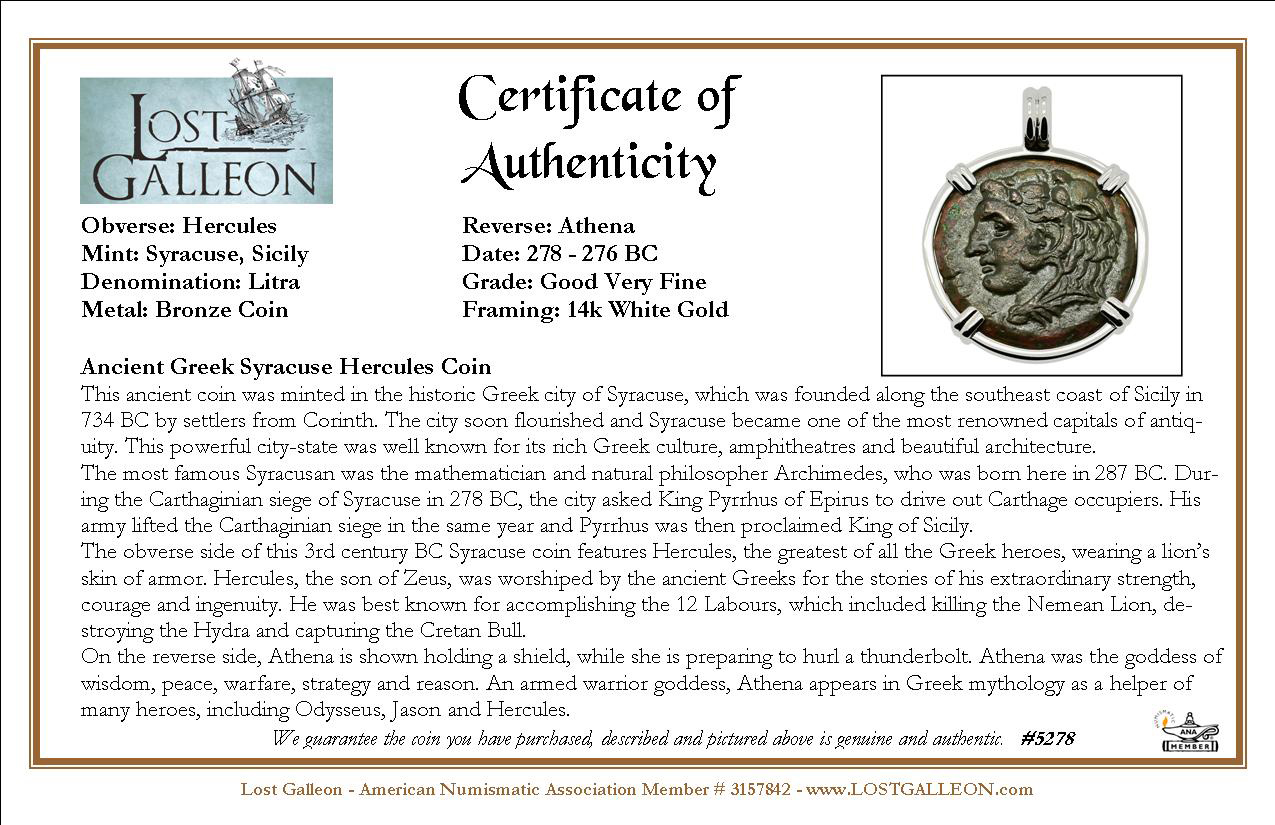 This ancient coin was minted in the historic Greek city of Syracuse, which was founded along the southeast coast of Sicily in 734 BC by settlers from Corinth. The city soon flourished and Syracuse became one of the most renowned capitals of antiquity. This powerful city-state was well known for its rich Greek culture, amphitheatres and beautiful architecture.
The most famous Syracusan was the mathematician and natural philosopher Archimedes, who was born here in 287 BC. During the Carthaginian siege of Syracuse in 278 BC, the city asked King Pyrrhus of Epirus to drive out Carthage occupiers. His army lifted the Carthaginian siege in the same year and Pyrrhus was then proclaimed King of Sicily.
The obverse side of this 3rd century BC Syracuse coin features Hercules, the greatest of all the Greek heroes, wearing a lion’s skin of armor. Hercules, the son of Zeus, was worshiped by the ancient Greeks for the stories of his extraordinary strength, courage and ingenuity. He was best known for accomplishing the 12 Labours, which included killing the Nemean Lion, destroying the Hydra and capturing the Cretan Bull. On the reverse side, Athena is shown holding a shield, while she is preparing to hurl a thunderbolt. Athena was the goddess of wisdom, peace, warfare, strategy and reason. An armed warrior goddess, Athena appears in Greek mythology as a helper of many heroes, including Odysseus, Jason and Hercules.