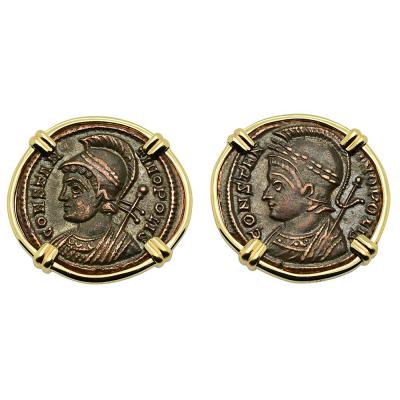 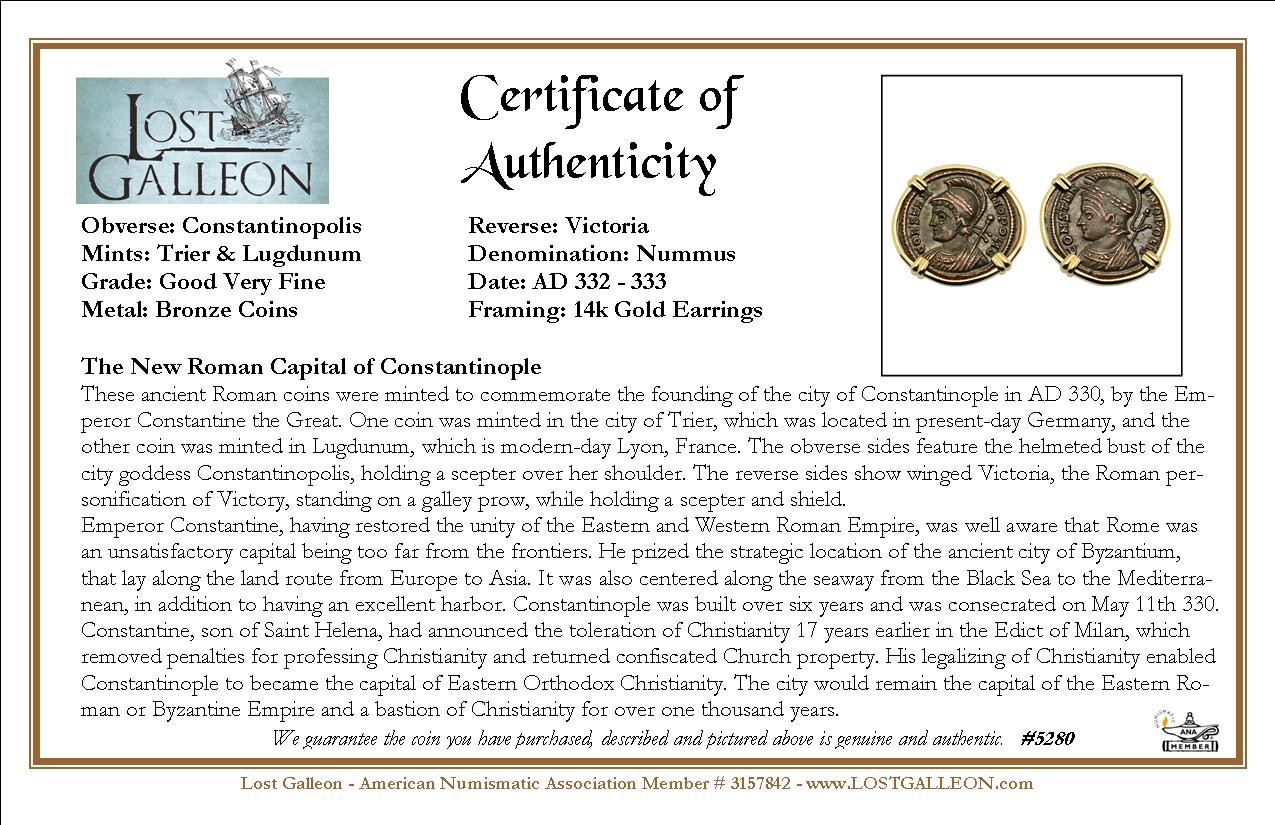 These ancient Roman coins were minted to commemorate the founding of the city of Constantinople in AD 330, by the Emperor Constantine the Great. One coin was minted in the city of Trier, which was located in present-day Germany, and the other coin was minted in Lugdunum, which is modern-day Lyon, France. The obverse sides feature the helmeted bust of the city goddess Constantinopolis, holding a scepter over her shoulder. The reverse sides show winged Victoria, the Roman personification of Victory, standing on a galley prow, while holding a scepter and shield.
Emperor Constantine, having restored the unity of the Eastern and Western Roman Empire, was well aware that Rome was an unsatisfactory capital being too far from the frontiers. He prized the strategic location of the ancient city of Byzantium, that lay along the land route from Europe to Asia. It was also centered along the seaway from the Black Sea to the Mediterranean, in addition to having an excellent harbor. Constantinople was built over six years and was consecrated on May 11th 330.
Constantine, son of Saint Helena, had announced the toleration of Christianity 17 years earlier in the Edict of Milan, which removed penalties for professing Christianity and returned confiscated Church property. His legalizing of Christianity enabled Constantinople to became the capital of Eastern Orthodox Christianity. The city would remain the capital of the Eastern Roman or Byzantine Empire and a bastion of Christianity for over one thousand years.