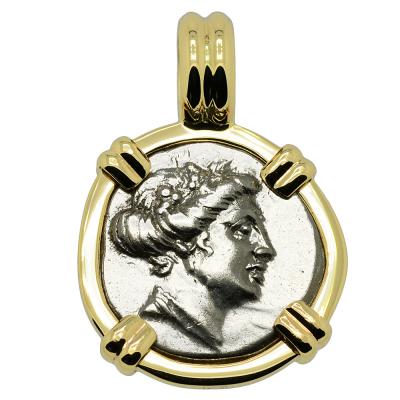 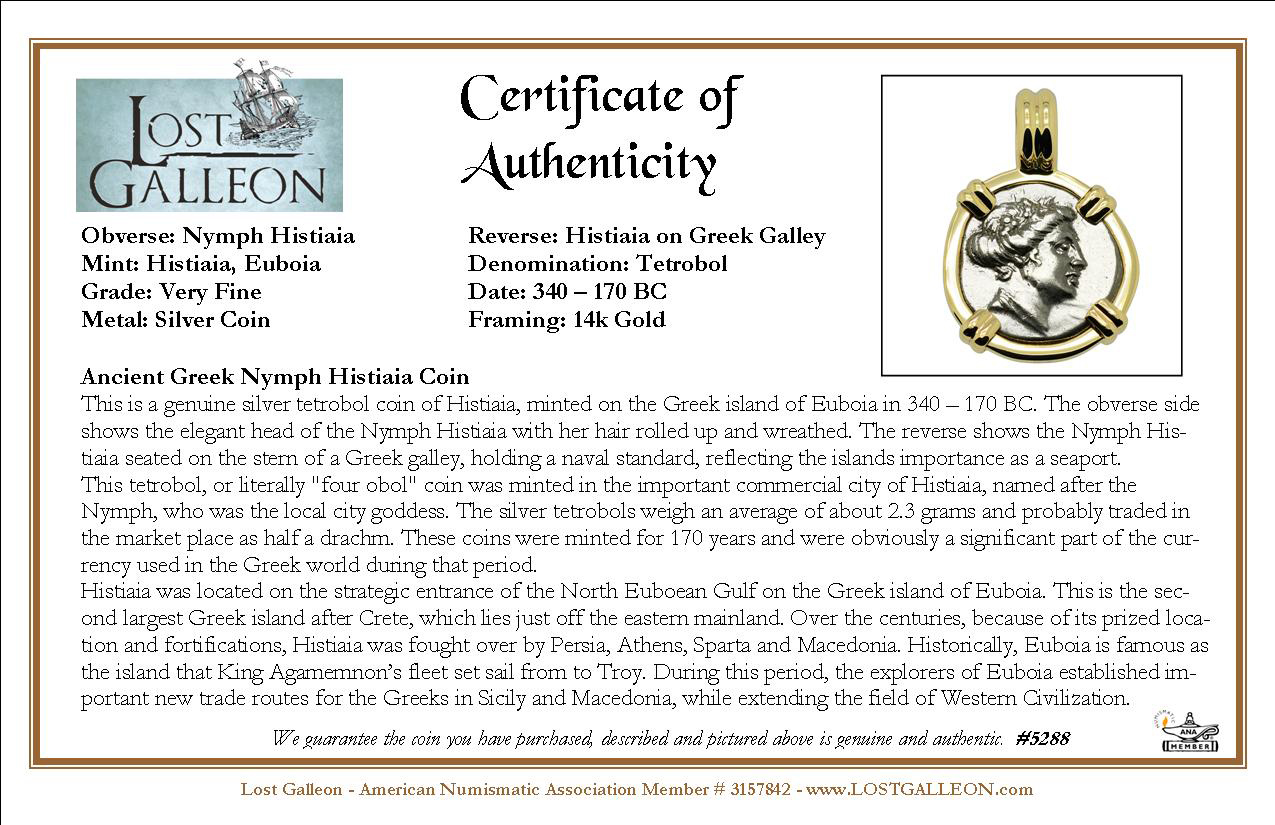 This is a genuine silver tetrobol coin of Histiaia, minted on the Greek island of Euboia in 340 – 170 BC. The obverse side shows the elegant head of the Nymph Histiaia with her hair rolled up and wreathed. The reverse shows the Nymph Histiaia seated on the stern of a Greek galley, holding a naval standard, reflecting the islands importance as a seaport.
This tetrobol, or literally "four obol" coin was minted in the important commercial city of Histiaia, named after the Nymph, who was the local city goddess. The silver tetrobols weigh an average of about 2.3 grams and probably traded in the market place as half a drachm. These coins were minted for 170 years and were obviously a significant part of the currency used in the Greek world during that period.
Histiaia was located on the strategic entrance of the North Euboean Gulf on the Greek island of Euboia. This is the second largest Greek island after Crete, which lies just off the eastern mainland. Over the centuries, because of its prized location and fortifications, Histiaia was fought over by Persia, Athens, Sparta and Macedonia. Historically, Euboia is famous as the island that King Agamemnon’s fleet set sail from to Troy. During this period, the explorers of Euboia established important new trade routes for the Greeks in Sicily and Macedonia, while extending the field of Western Civilization.