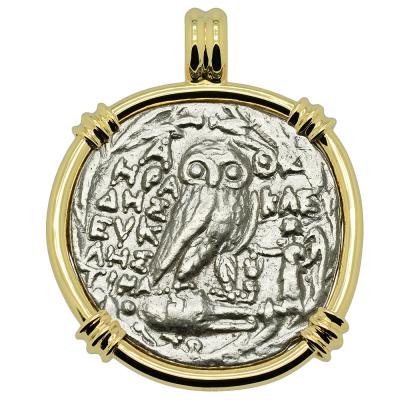 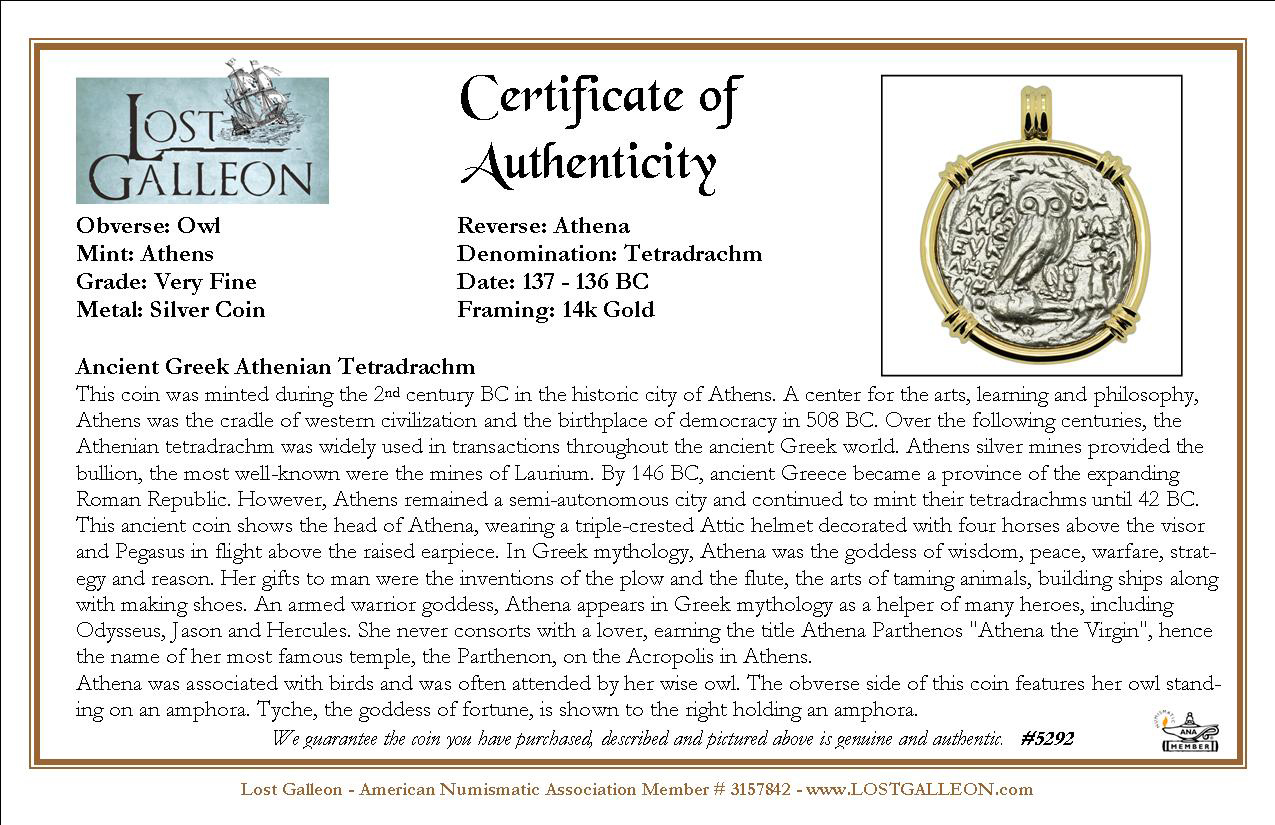 This coin was minted during the 2nd century BC in the historic city of Athens. A center for the arts, learning and philosophy, Athens was the cradle of western civilization and the birthplace of democracy in 508 BC. Over the following centuries, the Athenian tetradrachm was widely used in transactions throughout the ancient Greek world. Athens silver mines provided the bullion, the most well-known were the mines of Laurium. By 146 BC, ancient Greece became a province of the expanding Roman Republic. However, Athens remained a semi-autonomous city and continued to mint their tetradrachms until 42 BC.
This ancient coin shows the head of Athena, wearing a triple-crested Attic helmet decorated with four horses above the visor and Pegasus in flight above the raised earpiece. In Greek mythology, Athena was the goddess of wisdom, peace, warfare, strategy and reason. Her gifts to man were the inventions of the plow and the flute, the arts of taming animals, building ships along with making shoes. An armed warrior goddess, Athena appears in Greek mythology as a helper of many heroes, including Odysseus, Jason and Hercules. She never consorts with a lover, earning the title Athena Parthenos "Athena the Virgin", hence the name of her most famous temple, the Parthenon, on the Acropolis in Athens.
Athena was associated with birds and was often attended by her wise owl. The obverse side of this coin features her owl standing on an amphora. Tyche, the goddess of fortune, is shown to the right holding an amphora.