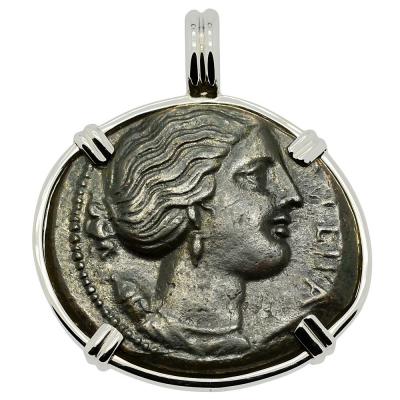 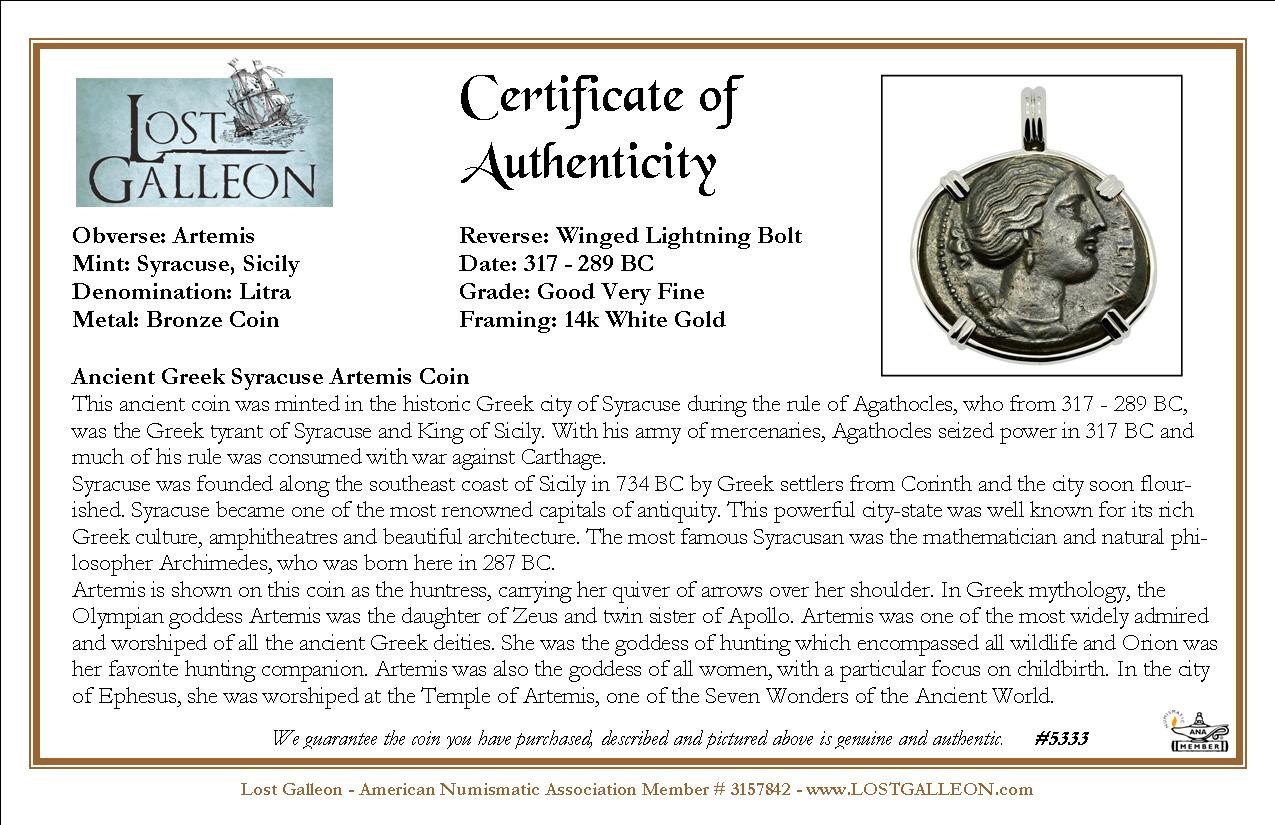 This ancient coin was minted in the historic Greek city of Syracuse during the rule of Agathocles, who from 317 - 289 BC, was the Greek tyrant of Syracuse and King of Sicily. With his army of mercenaries, Agathocles seized power in 317 BC and much of his rule was consumed with war against Carthage.
Syracuse was founded along the southeast coast of Sicily in 734 BC by Greek settlers from Corinth and the city soon flourished. Syracuse became one of the most renowned capitals of antiquity. This powerful city-state was well known for its rich Greek culture, amphitheatres and beautiful architecture. The most famous Syracusan was the mathematician and natural philosopher Archimedes, who was born here in 287 BC.
Artemis is shown on this coin as the huntress, carrying her quiver of arrows over her shoulder. In Greek mythology, the Olympian goddess Artemis was the daughter of Zeus and twin sister of Apollo. Artemis was one of the most widely admired and worshiped of all the ancient Greek deities. She was the goddess of hunting which encompassed all wildlife and Orion was her favorite hunting companion. Artemis was also the goddess of all women, with a particular focus on childbirth. In the city of Ephesus, she was worshiped at the Temple of Artemis, one of the Seven Wonders of the Ancient World.