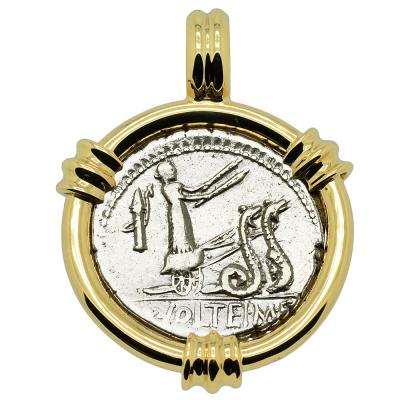 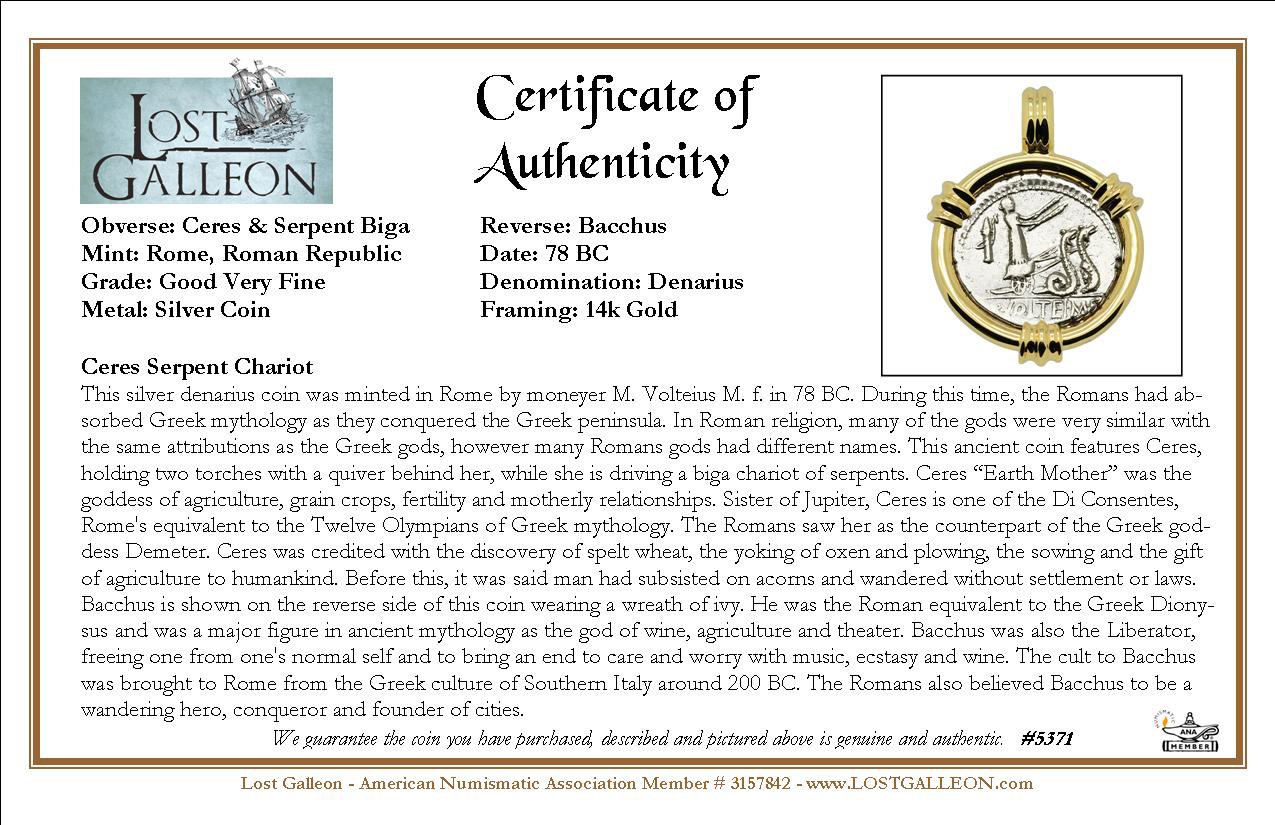 This silver denarius coin was minted in Rome by moneyer M. Volteius M. f. in 78 BC. During this time, the Romans had absorbed Greek mythology as they conquered the Greek peninsula. In Roman religion, many of the gods were very similar with the same attributions as the Greek gods, however many Romans gods had different names. This ancient coin features Ceres, holding two torches with a quiver behind her, while she is driving a biga chariot of serpents.
Ceres “Earth Mother” was the goddess of agriculture, grain crops, fertility and motherly relationships. Sister of Jupiter, Ceres is one of the Di Consentes, Rome's equivalent to the Twelve Olympians of Greek mythology. The Romans saw her as the counterpart of the Greek goddess Demeter. Ceres was credited with the discovery of spelt wheat, the yoking of oxen and plowing, the sowing and the gift of agriculture to humankind. Before this, it was said man had subsisted on acorns and wandered without settlement or laws.
Bacchus is shown on the reverse side of this coin wearing a wreath of ivy. He was the Roman equivalent to the Greek Dionysus and was a major figure in ancient mythology as the god of wine, agriculture and theater. Bacchus was also the Liberator, freeing one from one's normal self and to bring an end to care and worry with music, ecstasy and wine. The cult to Bacchus was brought to Rome from the Greek culture of Southern Italy around 200 BC. The Romans also believed Bacchus to be a wandering hero, conqueror and founder of cities.