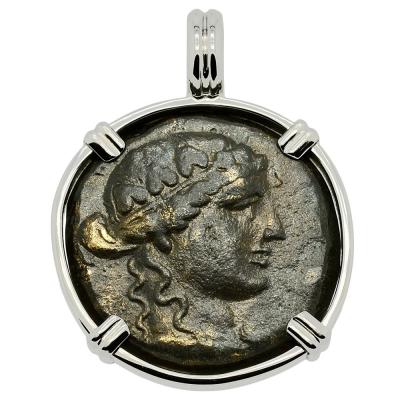 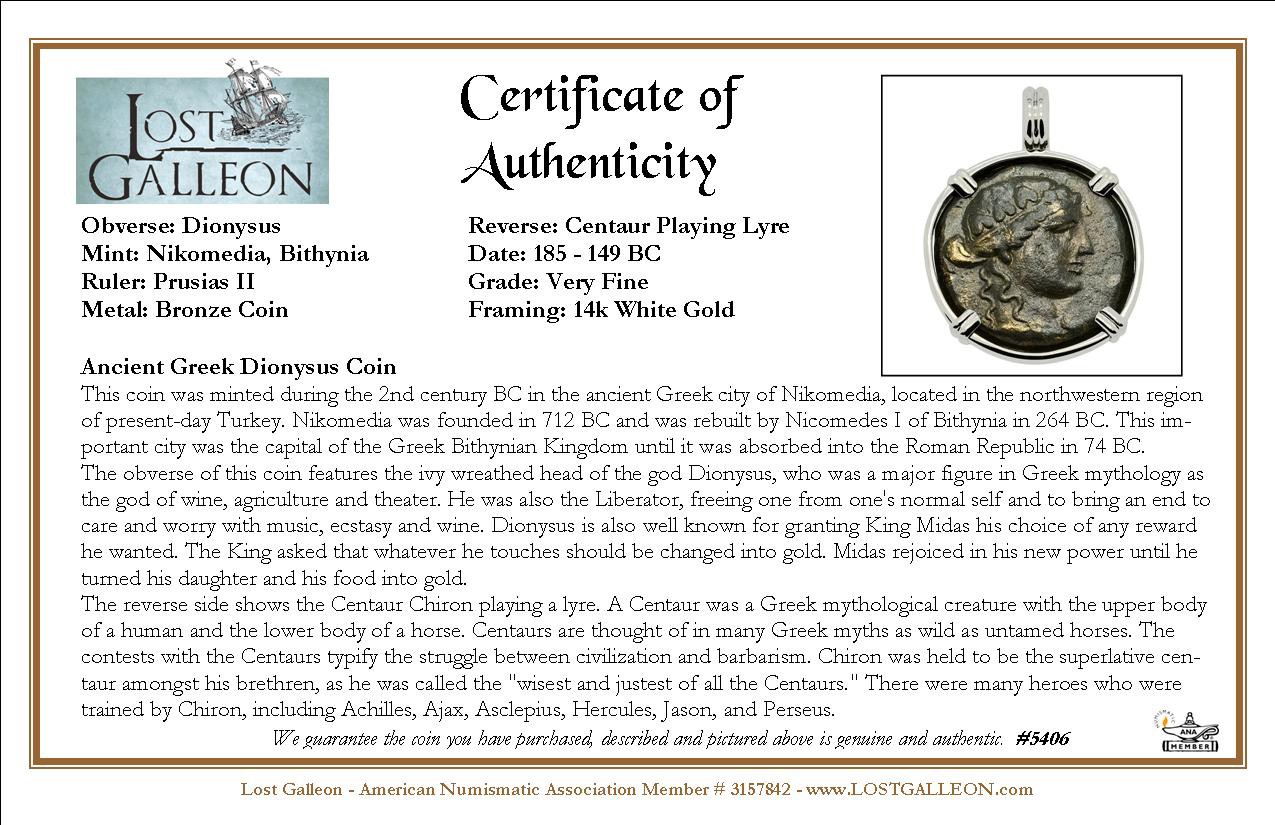 This coin was minted during the 2nd century BC in the ancient Greek city of Nikomedia, located in the northwestern region of present-day Turkey. Nikomedia was founded in 712 BC and was rebuilt by Nicomedes I of Bithynia in 264 BC. This important city was the capital of the Greek Bithynian Kingdom until it was absorbed into the Roman Republic in 74 BC.
The obverse of this coin features the ivy wreathed head of the god Dionysus, who was a major figure in Greek mythology as the god of wine, agriculture and theater. He was also the Liberator, freeing one from one's normal self and to bring an end to care and worry with music, ecstasy and wine. Dionysus is also well known for granting King Midas his choice of any reward he wanted. The King asked that whatever he touches should be changed into gold. Midas rejoiced in his new power until he turned his daughter and his food into gold.
The reverse side shows the Centaur Chiron playing a lyre. A Centaur was a Greek mythological creature with the upper body of a human and the lower body of a horse. Centaurs are thought of in many Greek myths as wild as untamed horses. The contests with the Centaurs typify the struggle between civilization and barbarism. Chiron was held to be the superlative centaur amongst his brethren, as he was called the "wisest and justest of all the Centaurs." There were many heroes who were trained by Chiron, including Achilles, Ajax, Asclepius, Hercules, Jason, and Perseus.