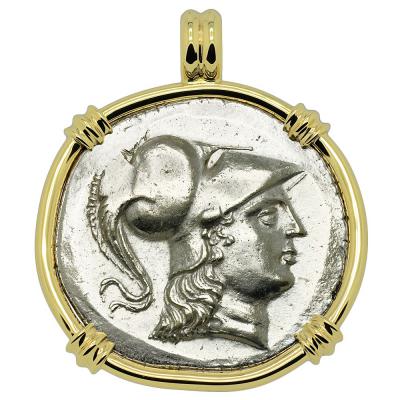 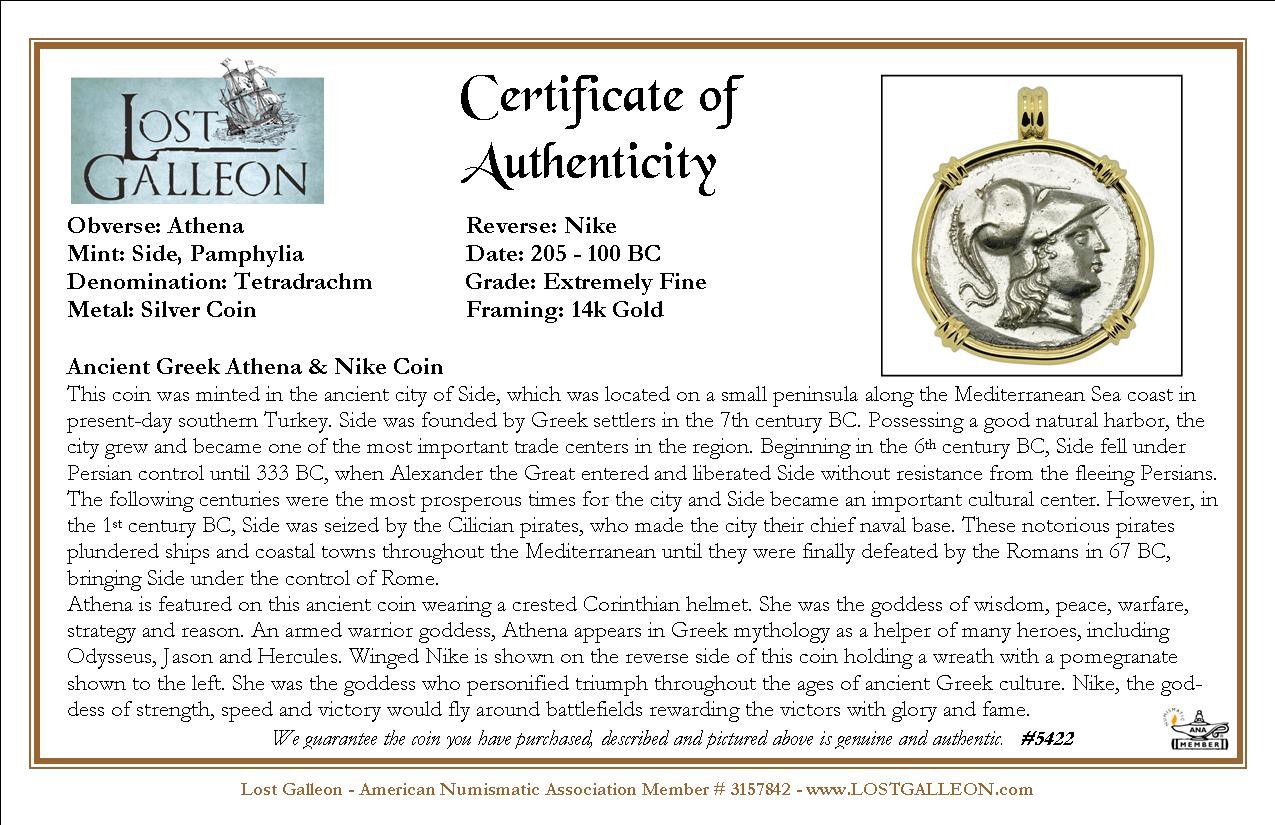 This coin was minted in the ancient city of Side, which was located on a small peninsula along the Mediterranean Sea coast in present-day southern Turkey. Side was founded by Greek settlers in the 7th century BC. Possessing a good natural harbor, the city grew and became one of the most important trade centers in the region.
Beginning in the 6th century BC, Side fell under Persian control until 333 BC, when Alexander the Great entered and liberated Side without resistance from the fleeing Persians. The following centuries were the most prosperous times for the city and Side became an important cultural center. However, in the 1st century BC, Side was seized by the Cilician pirates, who made the city their chief naval base. These notorious pirates plundered ships and coastal towns throughout the Mediterranean until they were finally defeated by the Romans in 67 BC, bringing Side under the control of Rome.
Athena is featured on this ancient coin wearing a crested Corinthian helmet. She was the goddess of wisdom, peace, warfare, strategy and reason. An armed warrior goddess, Athena appears in Greek mythology as a helper of many heroes, including Odysseus, Jason and Hercules. Winged Nike is shown on the reverse side of this coin holding a wreath with a pomegranate shown to the left. She was the goddess who personified triumph throughout the ages of ancient Greek culture. Nike, the goddess of strength, speed and victory would fly around battlefields rewarding the victors with glory and fame.