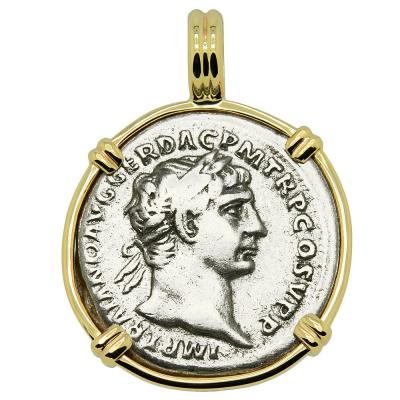 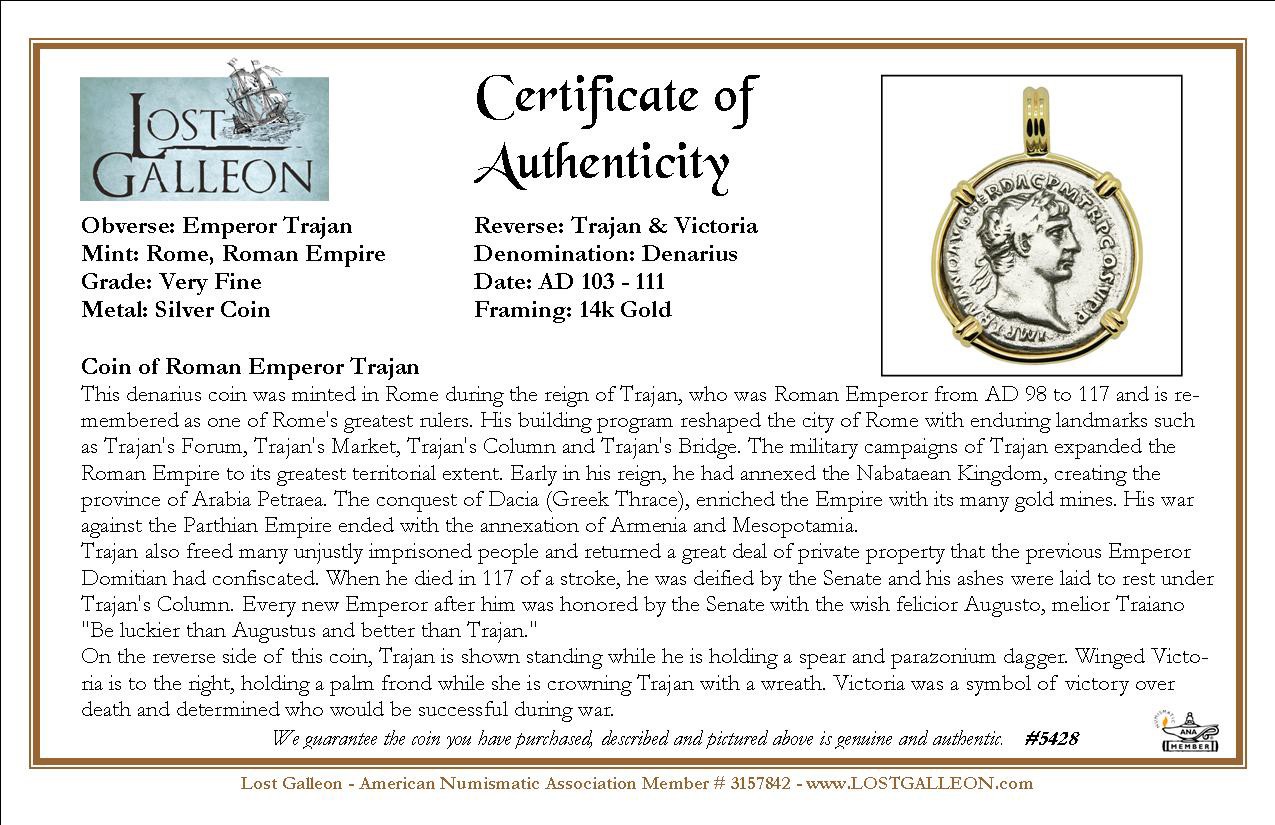 This denarius coin was minted in Rome during the reign of Trajan, who was Roman Emperor from AD 98 to 117 and is remembered as one of Rome's greatest rulers. His building program reshaped the city of Rome with enduring landmarks such as Trajan's Forum, Trajan's Market, Trajan's Column and Trajan's Bridge. The military campaigns of Trajan expanded the Roman Empire to its greatest territorial extent. Early in his reign, he had annexed the Nabataean Kingdom, creating the province of Arabia Petraea. The conquest of Dacia (Greek Thrace), enriched the Empire with its many gold mines. His war against the Parthian Empire ended with the annexation of Armenia and Mesopotamia.
Trajan also freed many unjustly imprisoned people and returned a great deal of private property that the previous Emperor Domitian had confiscated. When he died in 117 of a stroke, he was deified by the Senate and his ashes were laid to rest under Trajan's Column. Every new Emperor after him was honored by the Senate with the wish felicior Augusto, melior Traiano "Be luckier than Augustus and better than Trajan."
On the reverse side of this coin, Trajan is shown standing while he is holding a spear and parazonium dagger. Winged Victoria is to the right, holding a palm frond while she is crowning Trajan with a wreath. Victoria was a symbol of victory over death and determined who would be successful during war.