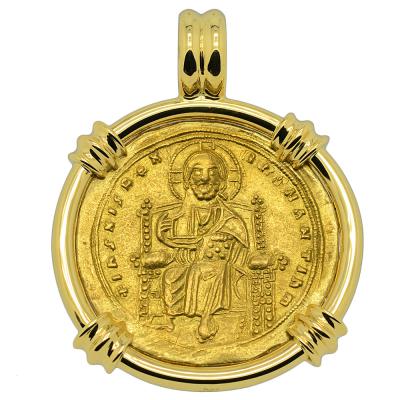 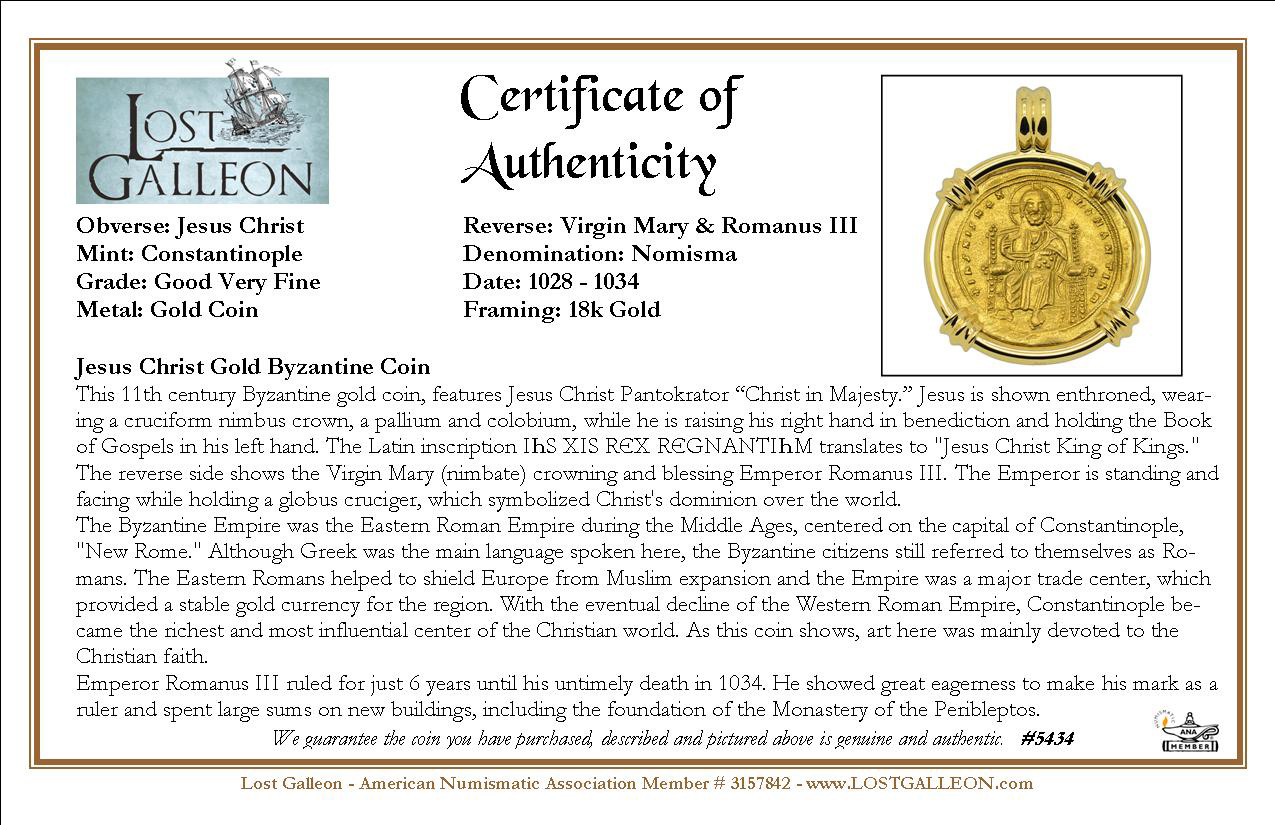 This 11th century Byzantine gold coin, features Jesus Christ Pantokrator “Christ in Majesty.” Jesus is shown enthroned, wearing a cruciform nimbus crown, a pallium and colobium, while he is raising his right hand in benediction and holding the Book of Gospels in his left hand. The Latin inscription IҺS XIS RЄX RЄGNANTIҺM translates to "Jesus Christ King of Kings." The reverse side shows the Virgin Mary (nimbate) crowning and blessing Emperor Romanus III. The Emperor is standing and facing while holding a globus cruciger, which symbolized Christ's dominion over the world.
The Byzantine Empire was the Eastern Roman Empire during the Middle Ages, centered on the capital of Constantinople, "New Rome." Although Greek was the main language spoken here, the Byzantine citizens still referred to themselves as Romans. The Eastern Romans helped to shield Europe from Muslim expansion and the Empire was a major trade center, which provided a stable gold currency for the region. With the eventual decline of the Western Roman Empire, Constantinople became the richest and most influential center of the Christian world. As this coin shows, art here was mainly devoted to the Christian faith.
Emperor Romanus III ruled for just 6 years until his untimely death in 1034. He showed great eagerness to make his mark as a ruler and spent large sums on new buildings, including the foundation of the Monastery of the Peribleptos.