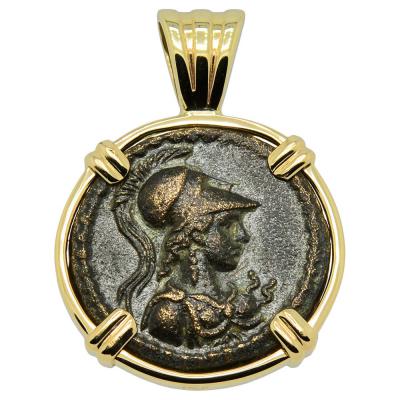 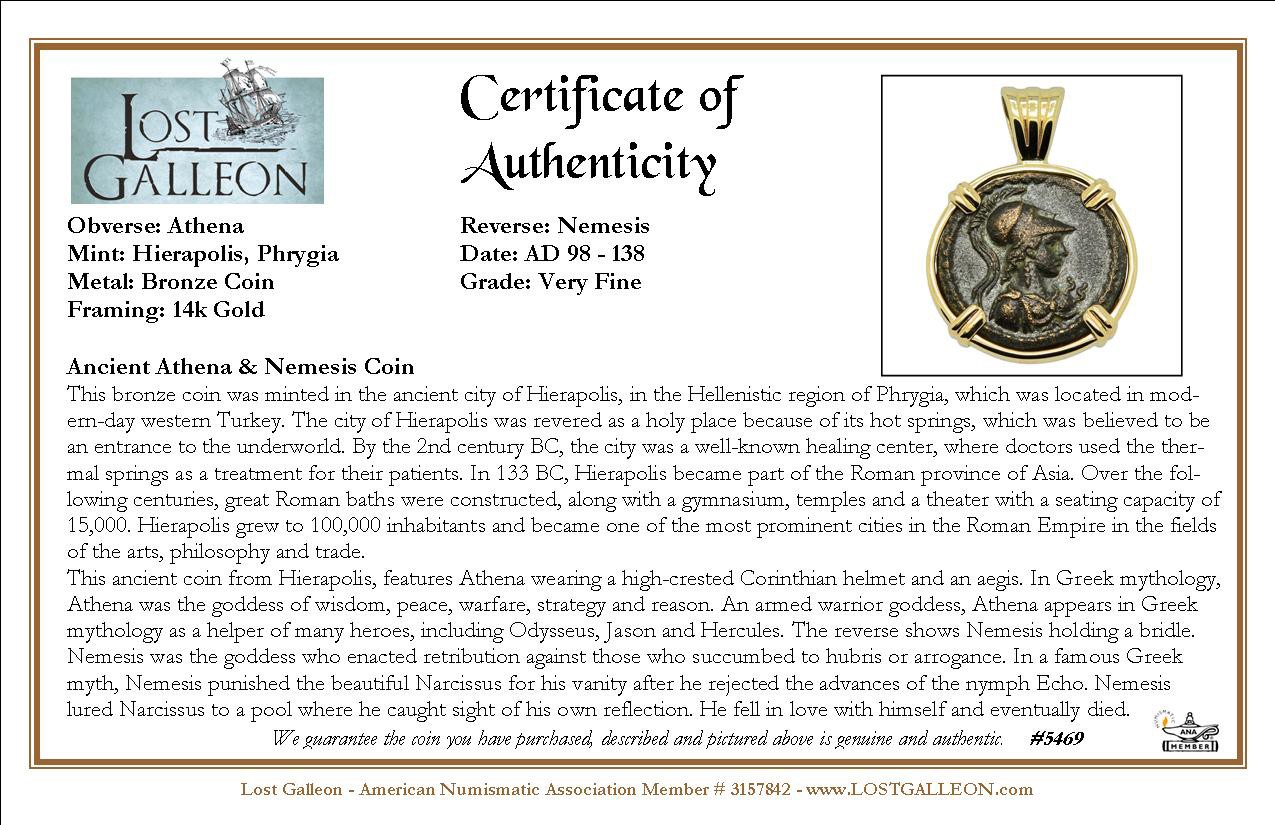 This bronze coin was minted in the ancient city of Hierapolis, in the Hellenistic region of Phrygia, which was located in modern-day western Turkey. The city of Hierapolis was revered as a holy place because of its hot springs, which was believed to be an entrance to the underworld. By the 2nd century BC, the city was a well-known healing center, where doctors used the thermal springs as a treatment for their patients. In 133 BC, Hierapolis became part of the Roman province of Asia. Over the following centuries, great Roman baths were constructed, along with a gymnasium, temples and a theater with a seating capacity of 15,000. Hierapolis grew to 100,000 inhabitants and became one of the most prominent cities in the Roman Empire in the fields of the arts, philosophy and trade.
This ancient coin from Hierapolis, features Athena wearing a high-crested Corinthian helmet and an aegis. In Greek mythology, Athena was the goddess of wisdom, peace, warfare, strategy and reason. An armed warrior goddess, Athena appears in Greek mythology as a helper of many heroes, including Odysseus, Jason and Hercules.
The reverse shows Nemesis holding a bridle. Nemesis was the goddess who enacted retribution against those who succumbed to hubris or arrogance. In a famous Greek myth, Nemesis punished the beautiful Narcissus for his vanity after he rejected the advances of the nymph Echo. Nemesis lured Narcissus to a pool where he caught sight of his own reflection. He fell in love with himself and eventually died.