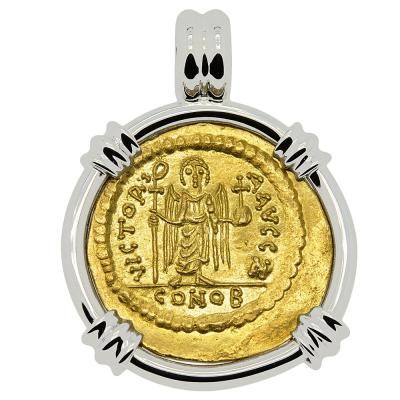 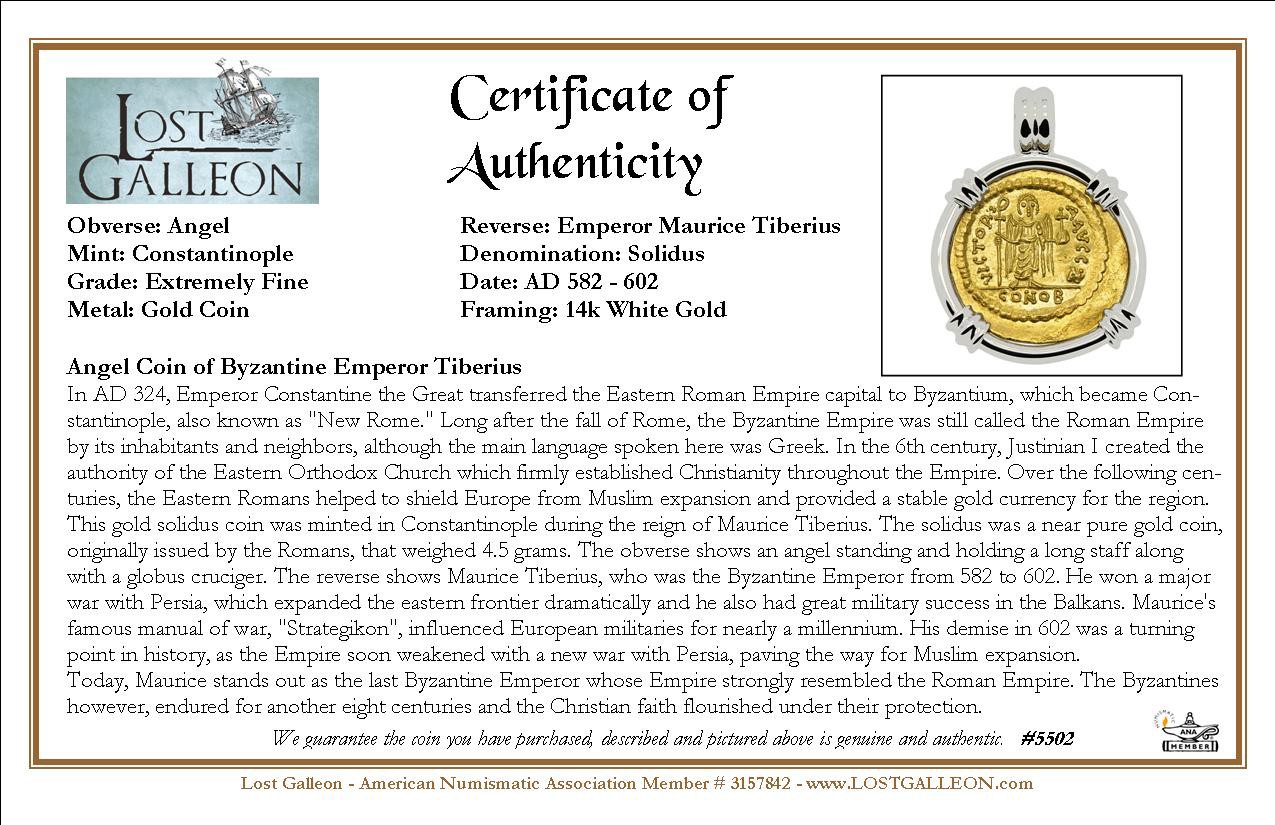 In AD 324, Emperor Constantine the Great transferred the Eastern Roman Empire capital to Byzantium, which became Constantinople, also known as "New Rome." Long after the fall of Rome, the Byzantine Empire was still called the Roman Empire by its inhabitants and neighbors, although the main language spoken here was Greek. In the 6th century, Justinian I created the authority of the Eastern Orthodox Church which firmly established Christianity throughout the Empire. Over the following centuries, the Eastern Romans helped to shield Europe from Muslim expansion and provided a stable gold currency for the region.
This gold solidus coin was minted in Constantinople during the reign of Maurice Tiberius. The solidus was a near pure gold coin, originally issued by the Romans, that weighed 4.5 grams. The obverse shows an angel standing and holding a long staff along with a globus cruciger. The reverse shows Maurice Tiberius, who was the Byzantine Emperor from 582 to 602. He won a major war with Persia, which expanded the eastern frontier dramatically and he also had great military success in the Balkans. Maurice's famous manual of war, "Strategikon", influenced European militaries for nearly a millennium. His demise in 602 was a turning point in history, as the Empire soon weakened with a new war with Persia, paving the way for Muslim expansion.
Today, Maurice stands out as the last Byzantine Emperor whose Empire strongly resembled the Roman Empire. The Byzantines however, endured for another eight centuries and the Christian faith flourished under their protection.