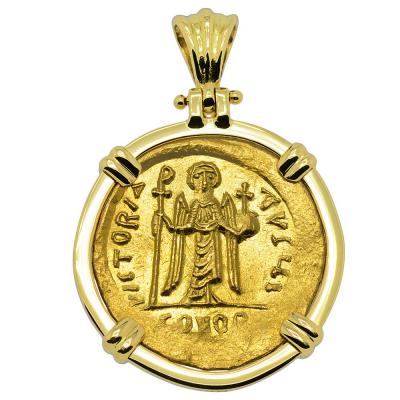 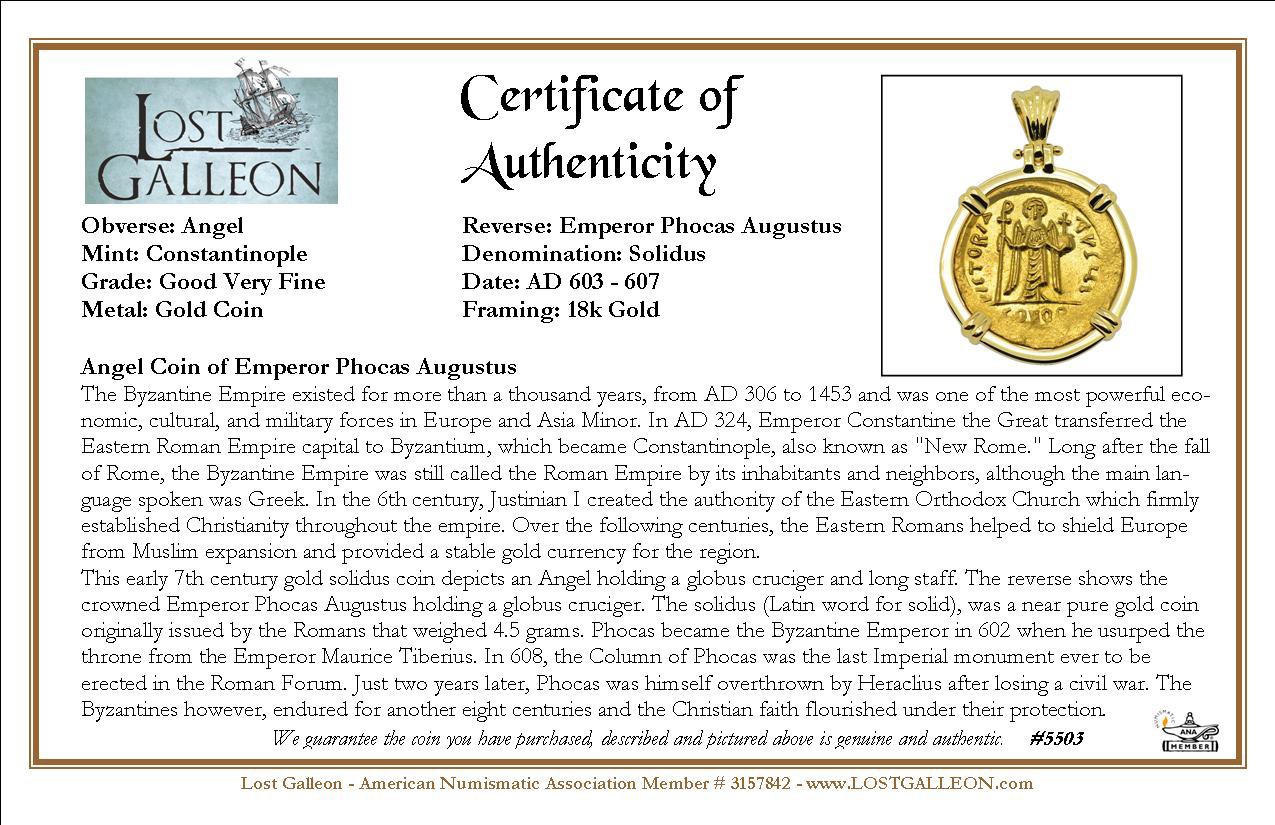 The Byzantine Empire existed for more than a thousand years, from AD 306 to 1453 and was one of the most powerful economic, cultural, and military forces in Europe and Asia Minor. In AD 324, Emperor Constantine the Great transferred the Eastern Roman Empire capital to Byzantium, which became Constantinople, also known as "New Rome." Long after the fall of Rome, the Byzantine Empire was still called the Roman Empire by its inhabitants and neighbors, although the main language spoken was Greek. In the 6th century, Justinian I created the authority of the Eastern Orthodox Church which firmly established Christianity throughout the empire. Over the following centuries, the Eastern Romans helped to shield Europe from Muslim expansion and provided a stable gold currency for the region.
This early 7th century gold solidus coin depicts an Angel holding a globus cruciger and long staff. The reverse shows the crowned Emperor Phocas Augustus holding a globus cruciger. The solidus (Latin word for solid), was a near pure gold coin originally issued by the Romans that weighed 4.5 grams. Phocas became the Byzantine Emperor in 602 when he usurped the throne from the Emperor Maurice Tiberius. In 608, the Column of Phocas was the last Imperial monument ever to be erected in the Roman Forum. Just two years later, Phocas was himself overthrown by Heraclius after losing a civil war. The Byzantines however, endured for another eight centuries and the Christian faith flourished under their protection.