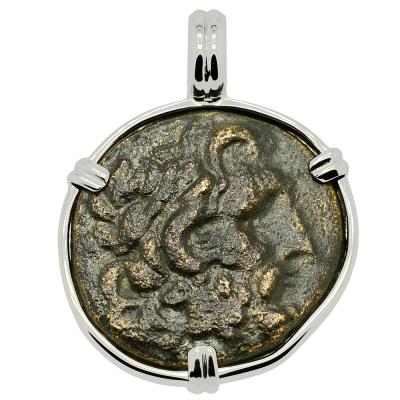 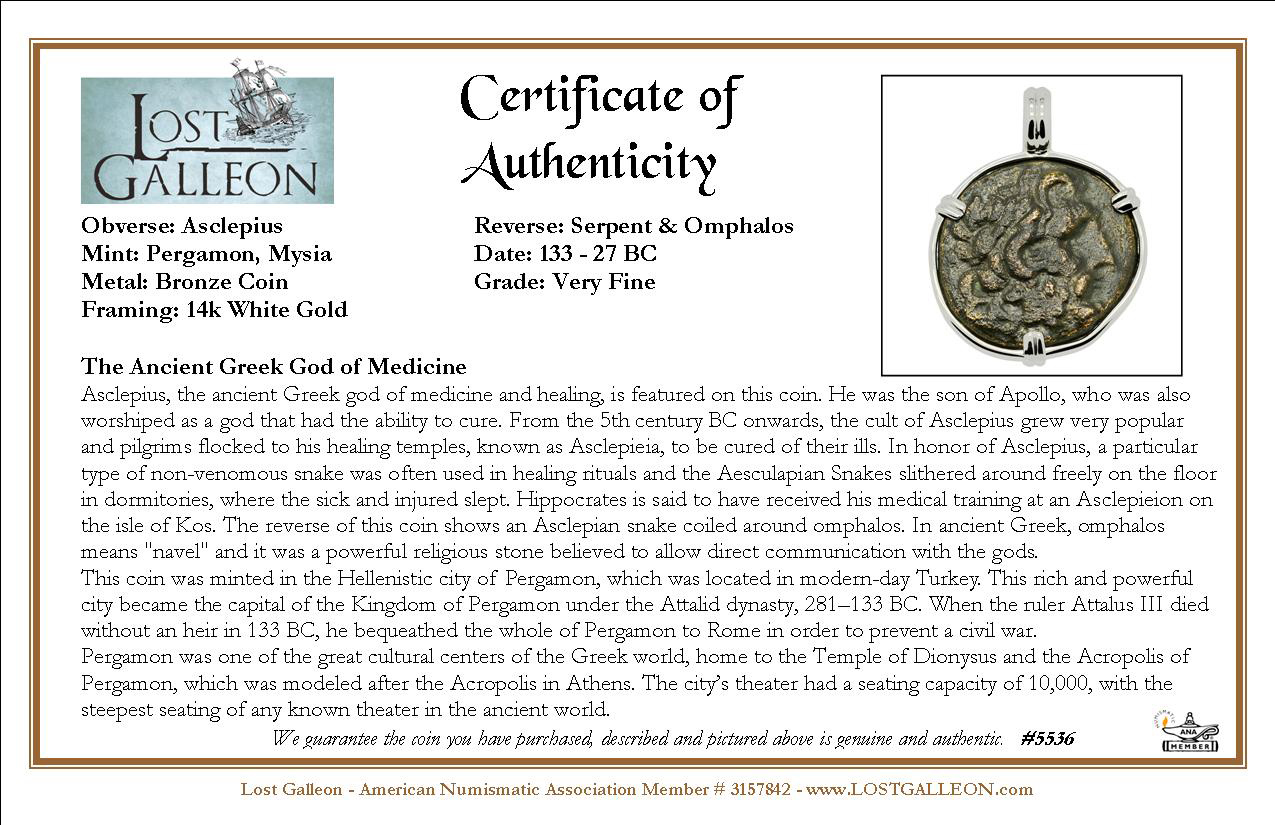 Asclepius, the ancient Greek god of medicine and healing, is featured on this coin. He was the son of Apollo, who was also worshiped as a god that had the ability to cure. From the 5th century BC onwards, the cult of Asclepius grew very popular and pilgrims flocked to his healing temples, known as Asclepieia, to be cured of their ills. In honor of Asclepius, a particular type of non-venomous snake was often used in healing rituals and the Aesculapian Snakes slithered around freely on the floor in dormitories, where the sick and injured slept. Hippocrates is said to have received his medical training at an Asclepieion on the isle of Kos. The reverse of this coin shows an Asclepian snake coiled around omphalos. In ancient Greek, omphalos means "navel" and it was a powerful religious stone believed to allow direct communication with the gods.
This coin was minted in the Hellenistic city of Pergamon, which was located in modern-day Turkey near the Aegean Sea. This rich and powerful city became the capital of the Kingdom of Pergamon under the Attalid dynasty, 281–133 BC. When the ruler Attalus III died without an heir in 133 BC, he bequeathed the whole of Pergamon to Rome in order to prevent a civil war.
Pergamon was one of the great cultural centers of the Greek world, home to the Temple of Dionysus and the Acropolis of Pergamon, which was modeled after the Acropolis in Athens. The city’s theater had a seating capacity of 10,000, with the steepest seating of any known theater in the ancient world.