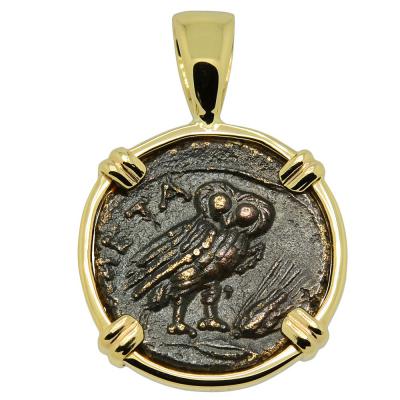 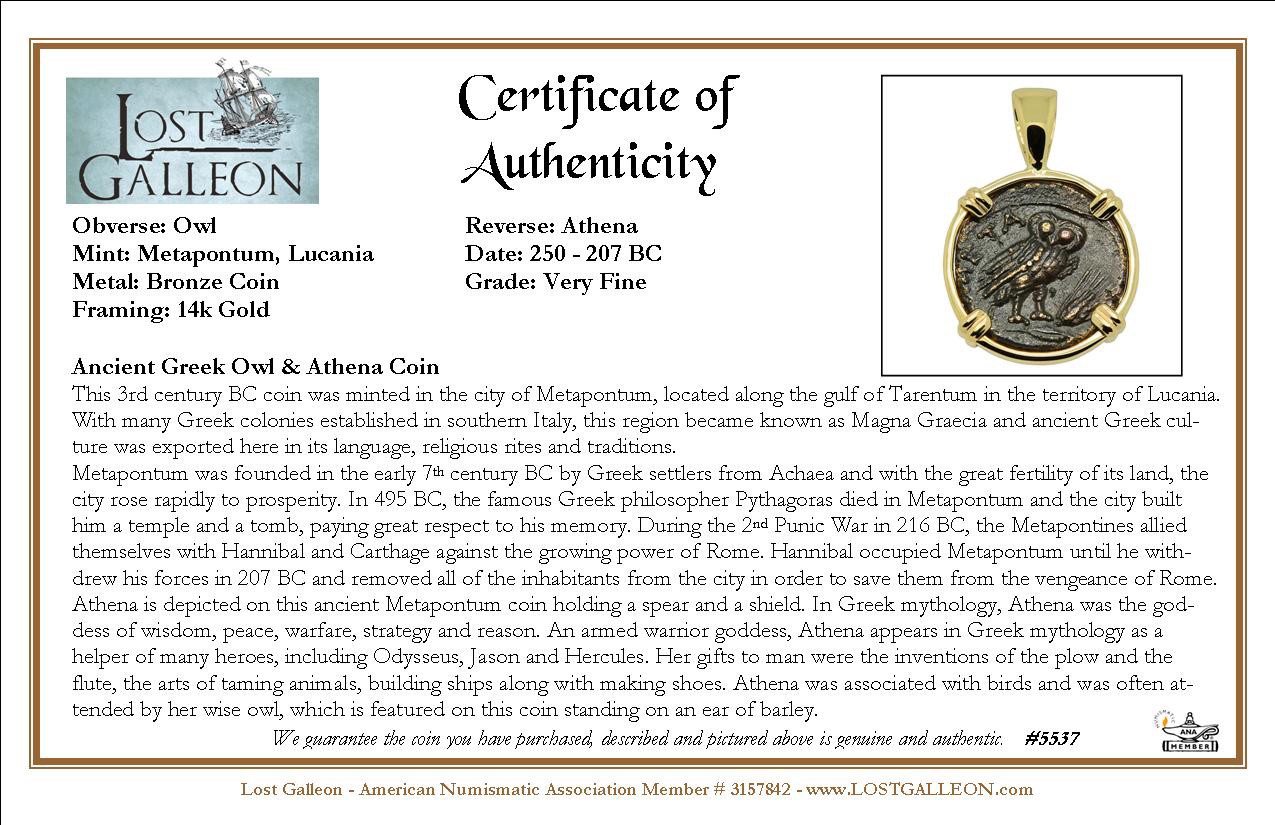 This 3rd century BC coin was minted in the city of Metapontum, located along the gulf of Tarentum in the territory of Lucania. With many Greek colonies established in southern Italy, this region became known as Magna Graecia and ancient Greek culture was exported here in its language, religious rites and traditions.
Metapontum was founded in the early 7th century BC by Greek settlers from Achaea and with the great fertility of its land, the city rose rapidly to prosperity. In 495 BC, the famous Greek philosopher Pythagoras died in Metapontum and the city built him a temple and a tomb, paying great respect to his memory. During the 2nd Punic War in 216 BC, the Metapontines allied themselves with Hannibal and Carthage against the growing power of Rome. Hannibal occupied Metapontum until he withdrew his forces in 207 BC and removed all of the inhabitants from the city in order to save them from the vengeance of Rome.
Athena is depicted on this ancient Metapontum coin holding a spear and a shield. In Greek mythology, Athena was the goddess of wisdom, peace, warfare, strategy and reason. An armed warrior goddess, Athena appears in Greek mythology as a helper of many heroes, including Odysseus, Jason and Hercules. Her gifts to man were the inventions of the plow and the flute, the arts of taming animals, building ships along with making shoes. Athena was associated with birds and was often attended by her wise owl, which is featured on this coin standing on an ear of barley.