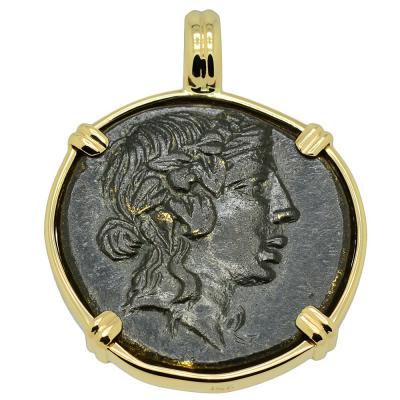 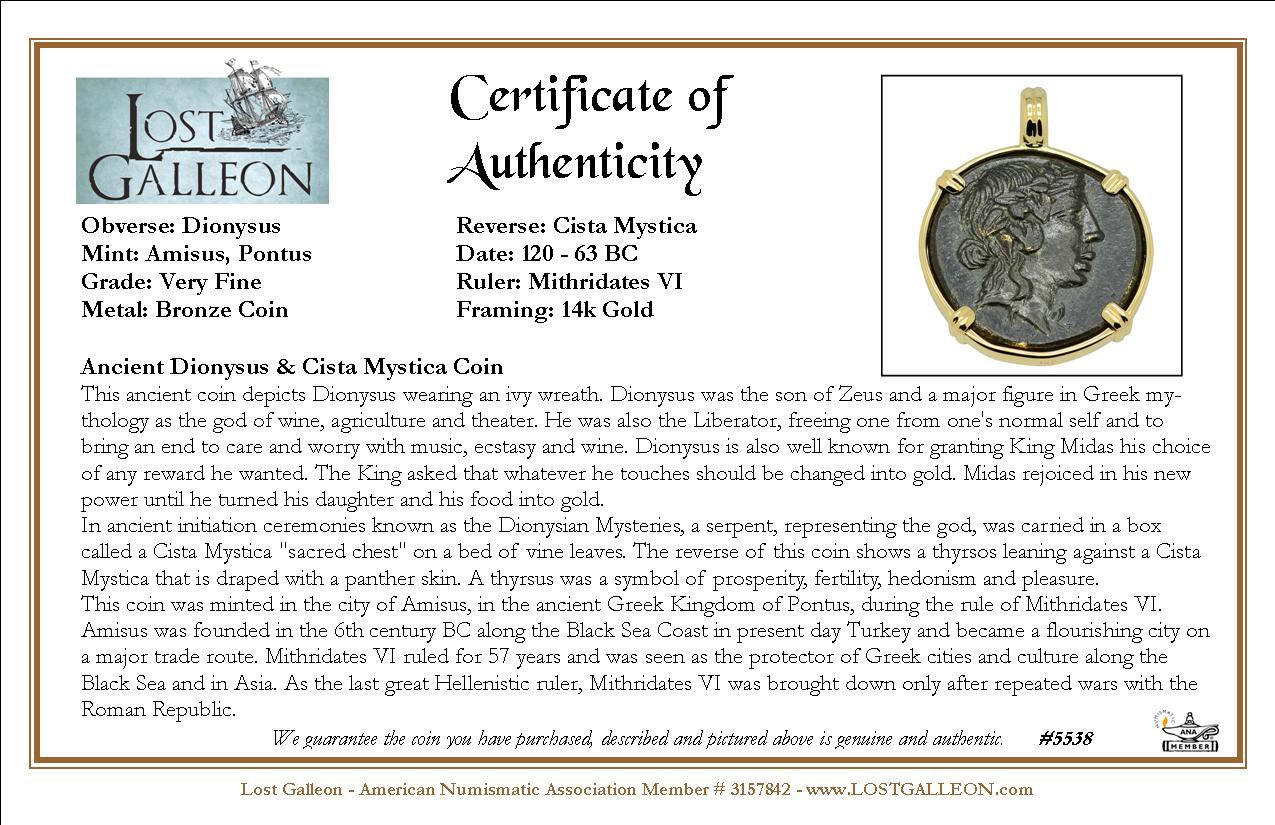 This ancient coin depicts Dionysus wearing an ivy wreath. Dionysus was the son of Zeus and a major figure in Greek mythology as the god of wine, agriculture and theater. He was also the Liberator, freeing one from one's normal self and to bring an end to care and worry with music, ecstasy and wine. Dionysus is also well known for granting King Midas his choice of any reward he wanted. The King asked that whatever he touches should be changed into gold. Midas rejoiced in his new power until he turned his daughter and his food into gold.
In ancient initiation ceremonies known as the Dionysian Mysteries, a serpent, representing the god, was carried in a box called a Cista Mystica "sacred chest" on a bed of vine leaves. The reverse of this coin shows a thyrsos leaning against a Cista Mystica that is draped with a panther skin. A thyrsus was a symbol of prosperity, fertility, hedonism and pleasure.
This coin was minted in the city of Amisus, in the ancient Greek Kingdom of Pontus, during the rule of Mithridates VI. Amisus was founded in the 6th century BC along the Black Sea Coast in present day Turkey and became a flourishing city on a major trade route. Mithridates VI ruled for 57 years and was seen as the protector of Greek cities and culture along the Black Sea and in Asia. As the last great Hellenistic ruler, Mithridates VI was brought down only after repeated wars with the Roman Republic.