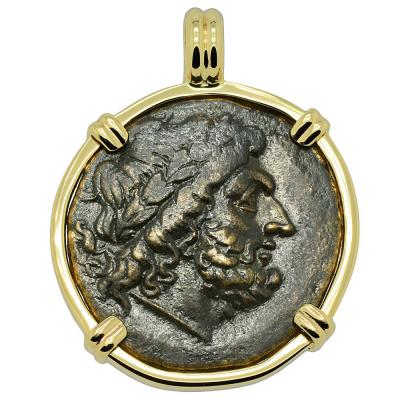 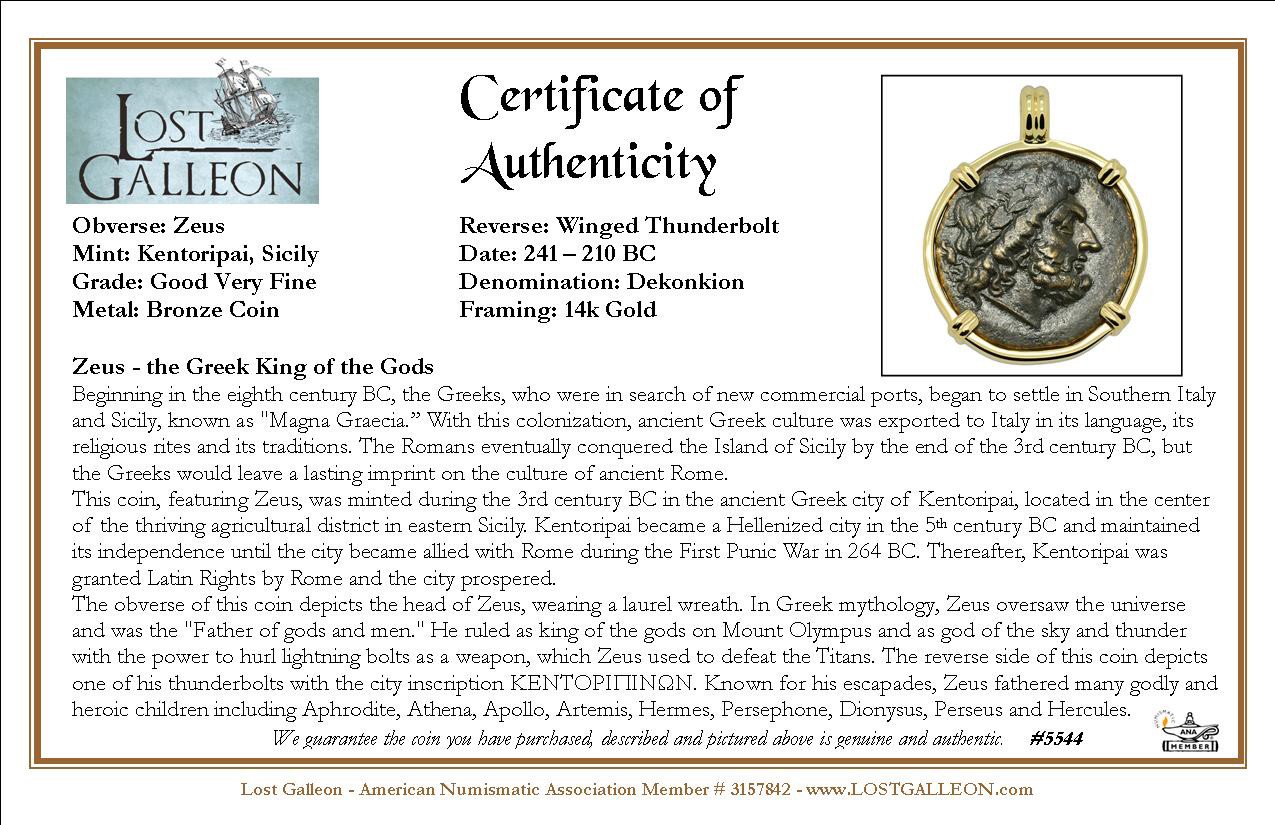 Beginning in the eighth century BC, the Greeks, who were in search of new commercial ports, began to settle in Southern Italy and Sicily, known as "Magna Graecia.” With this colonization, ancient Greek culture was exported to Italy in its language, its religious rites and its traditions. The Romans eventually conquered the Island of Sicily by the end of the 3rd century BC, but the Greeks would leave a lasting imprint on the culture of ancient Rome.
This coin, featuring Zeus, was minted during the 3rd century BC in the ancient Greek city of Kentoripai, located in the center of the thriving agricultural district in eastern Sicily. Kentoripai became a Hellenized city in the 5th century BC and maintained its independence until the city became allied with Rome during the First Punic War in 264 BC. Thereafter, Kentoripai was granted Latin Rights by Rome and the city prospered.
The obverse of this coin depicts the head of Zeus, wearing a laurel wreath. In Greek mythology, Zeus oversaw the universe and was the "Father of gods and men." He ruled as king of the gods on Mount Olympus and as god of the sky and thunder with the power to hurl lightning bolts as a weapon, which Zeus used to defeat the Titans. The reverse side of this coin depicts one of his thunderbolts with the city inscription KENTOPIΠINΩN. Known for his escapades, Zeus fathered many godly and heroic children including Aphrodite, Athena, Apollo, Artemis, Hermes, Persephone, Dionysus, Perseus and Hercules.