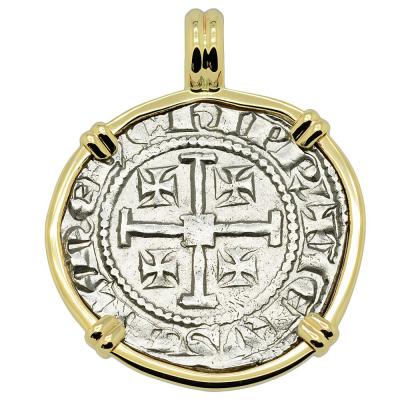 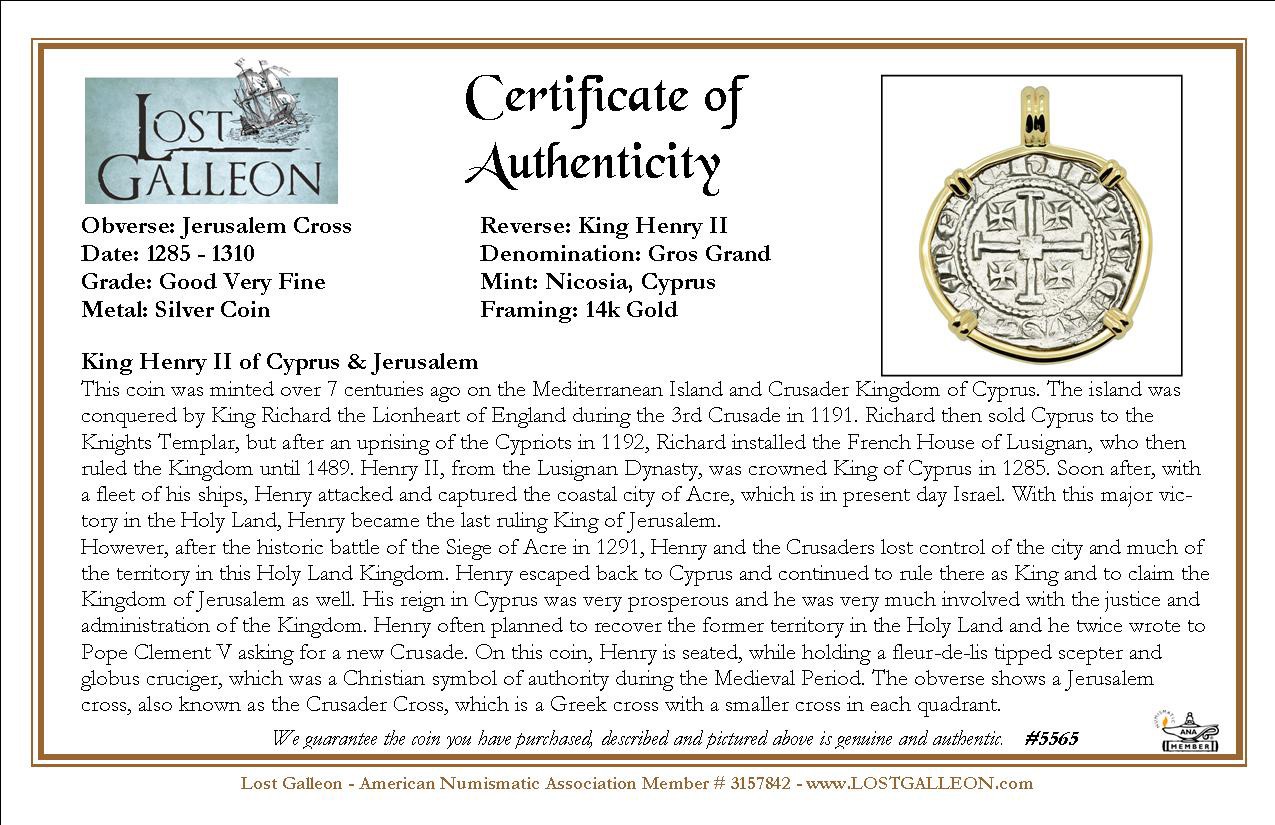 This coin was minted over 7 centuries ago on the Mediterranean Island and Crusader Kingdom of Cyprus. The island was conquered by King Richard the Lionheart of England during the 3rd Crusade in 1191. Richard then sold Cyprus to the Knights Templar, but after an uprising of the Cypriots in 1192, Richard installed the French House of Lusignan, who then ruled the Kingdom until 1489. Henry II, from the Lusignan Dynasty, was crowned King of Cyprus in 1285. Soon after, with a fleet of his ships, Henry attacked and captured the coastal city of Acre, which is in present day Israel. With this major victory in the Holy Land, Henry became the last ruling King of Jerusalem.
However, after the historic battle of the Siege of Acre in 1291, Henry and the Crusaders lost control of the city and much of the territory in this Holy Land Kingdom. Henry escaped back to Cyprus and continued to rule there as King and to claim the Kingdom of Jerusalem as well. His reign in Cyprus was very prosperous and he was very much involved with the justice and administration of the Kingdom. Henry often planned to recover the former territory in the Holy Land and he twice wrote to Pope Clement V asking for a new Crusade.
On this coin, Henry is seated, while holding a fleur-de-lis tipped scepter and globus cruciger, which was a Christian symbol of authority during the Medieval Period. The obverse shows a Jerusalem cross, also known as the Crusader Cross, which is a Greek cross with a smaller cross in each quadrant.