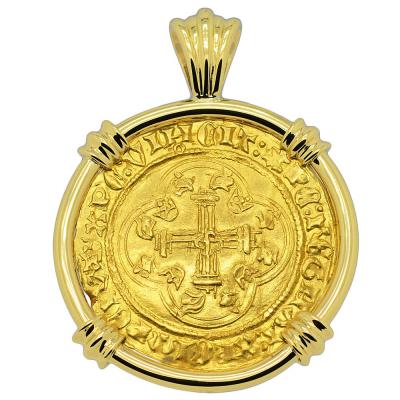 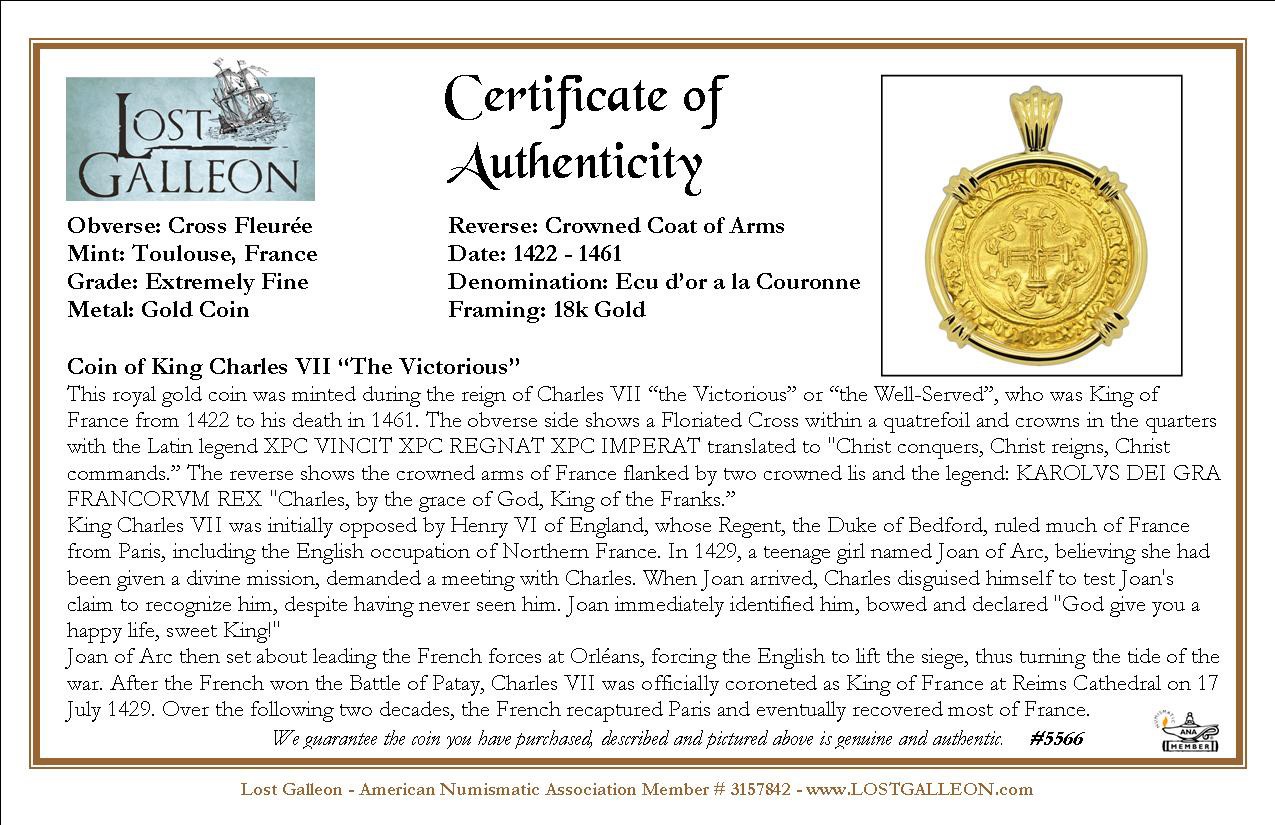 This royal gold coin was minted during the reign of Charles VII “the Victorious” or “the Well-Served”, who was King of France from 1422 to his death in 1461. The obverse side shows a Floriated Cross within a quatrefoil and crowns in the quarters with the Latin legend XPC VINCIT XPC REGNAT XPC IMPERAT translated to "Christ conquers, Christ reigns, Christ commands.” The reverse shows the crowned arms of France flanked by two crowned lis and the legend: KAROLVS DEI GRA FRANCORVM REX "Charles, by the grace of God, King of the Franks.”
King Charles VII was initially opposed by Henry VI of England, whose Regent, the Duke of Bedford, ruled much of France from Paris, including the English occupation of Northern France. In 1429, a teenage girl named Joan of Arc, believing she had been given a divine mission, demanded a meeting with Charles. When Joan arrived, Charles disguised himself to test Joan's claim to recognize him, despite having never seen him. Joan immediately identified him, bowed and declared "God give you a happy life, sweet King!"
Joan of Arc then set about leading the French forces at Orléans, forcing the English to lift the siege, thus turning the tide of the war. After the French won the Battle of Patay, Charles VII was officially coroneted as King of France at Reims Cathedral on 17 July 1429. Over the following two decades, the French recaptured Paris and eventually recovered most of France.