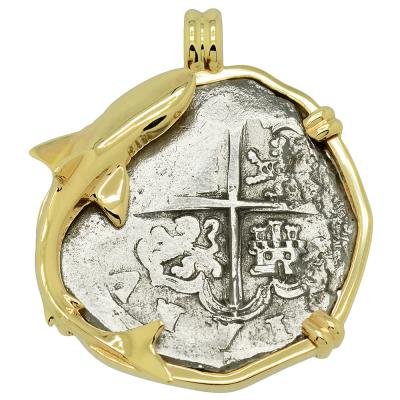 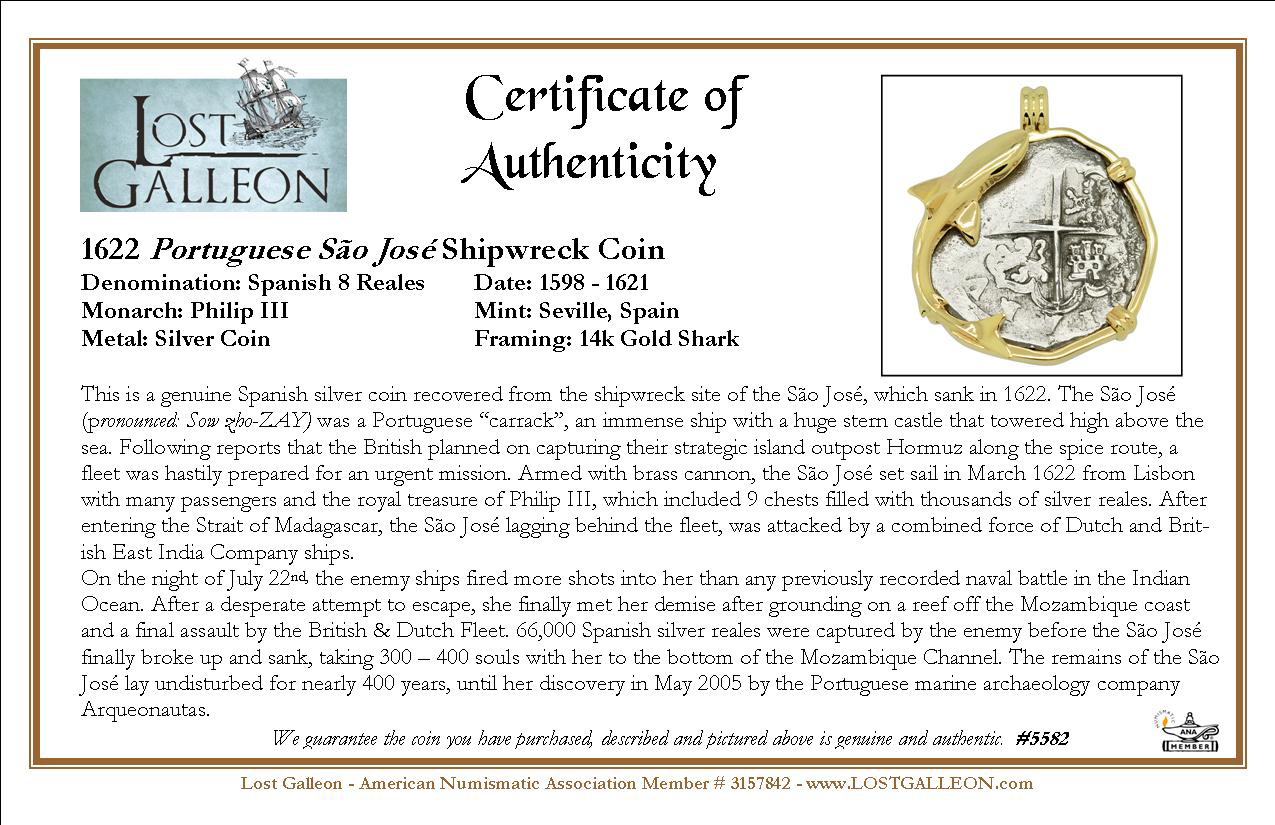 Arqueonautas salvagers certificate included. This is a genuine Spanish silver coin recovered from the shipwreck site of the Săo José, which sank in 1622. The Săo José (pronounced: Sow zho-ZAY) was a Portuguese “carrack”, an immense ship with a huge stern castle that towered high above the sea. Following reports that the British planned on capturing their strategic island outpost Hormuz along the spice route, a fleet was hastily prepared for an urgent mission. Armed with brass cannon, the Săo José set sail in March 1622 from Lisbon with many passengers and the royal treasure of Philip III, which included 9 chests filled with thousands of silver reales. After entering the Strait of Madagascar, the Săo José lagging behind the fleet, was attacked by a combined force of Dutch and British East India Company ships.
On the night of July 22nd, the enemy ships fired more shots into her than any previously recorded naval battle in the Indian Ocean. After a desperate attempt to escape, she finally met her demise after grounding on a reef off the Mozambique coast and a final assault by the British & Dutch Fleet. 66,000 Spanish silver reales were captured by the enemy before the Săo José finally broke up and sank, taking 300 – 400 souls with her to the bottom of the Mozambique Channel. The remains of the Săo José lay undisturbed for nearly 400 years, until her discovery in May 2005 by the Portuguese marine archaeology company Arqueonautas.