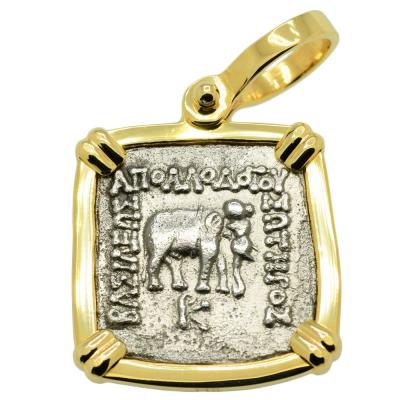 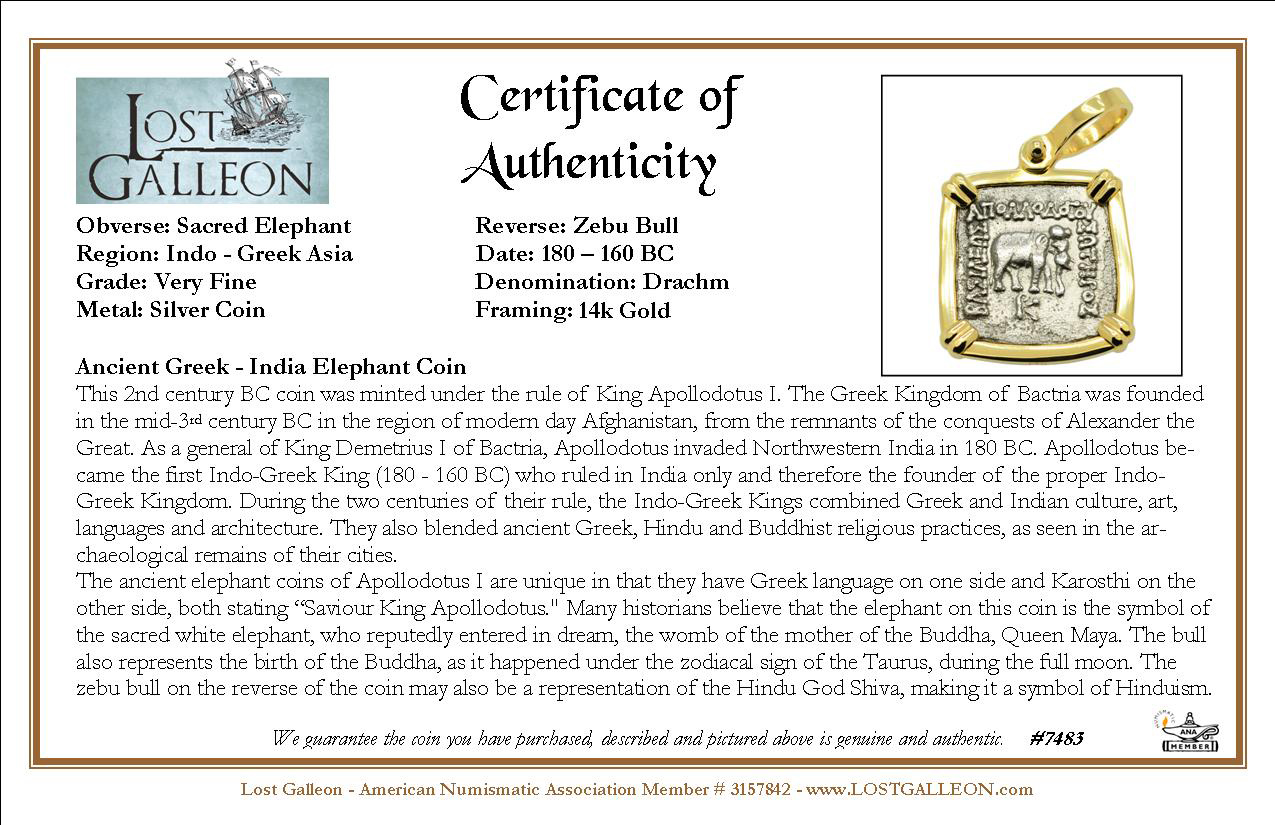 This 2nd century BC coin was minted under the rule of King Apollodotos I. The Greek Kingdom of Bactria was founded in the mid 3rd century BC in the region of modern day Afghanistan, from the remnants of the conquests of Alexander the Great. As a general of King Demetrius I of Bactria, Appollodotos invaded Northwestern India in 180 BC. Apollodotos became the first Indo-Greek King (180 - 160 BC) who ruled in India only and therefore the founder of the proper Indo-Greek Kingdom. During the two centuries of their rule, the Indo-Greek Kings combined the Greek and Indian languages and art and also blended ancient Greek, Hindu and Buddhist religious practices, as seen in the archaeological remains of their cities.
The ancient elephant coins of Appollodotos I are unique in that they have Greek language on one side and Karosthi on the other side, both stating “Saviour King Apollodotus." Many historians believe that the elephant on this coin is the symbol of the sacred white elephant, who reputedly entered in dream, the womb of the mother of the Buddha, Queen Maya. The bull also represents the birth of the Buddha, as it happened under the zodiacal sign of the Taurus, during the full moon. The zebu bull on the reverse of the coin may also be a representation of the Hindu God Shiva, making it a symbol of Hinduism.