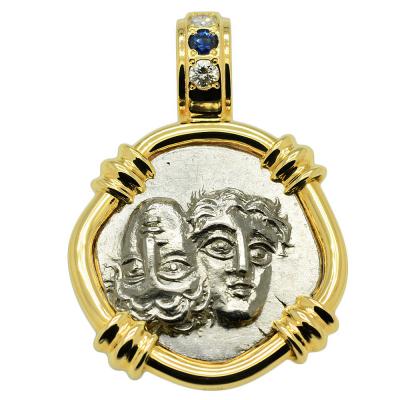 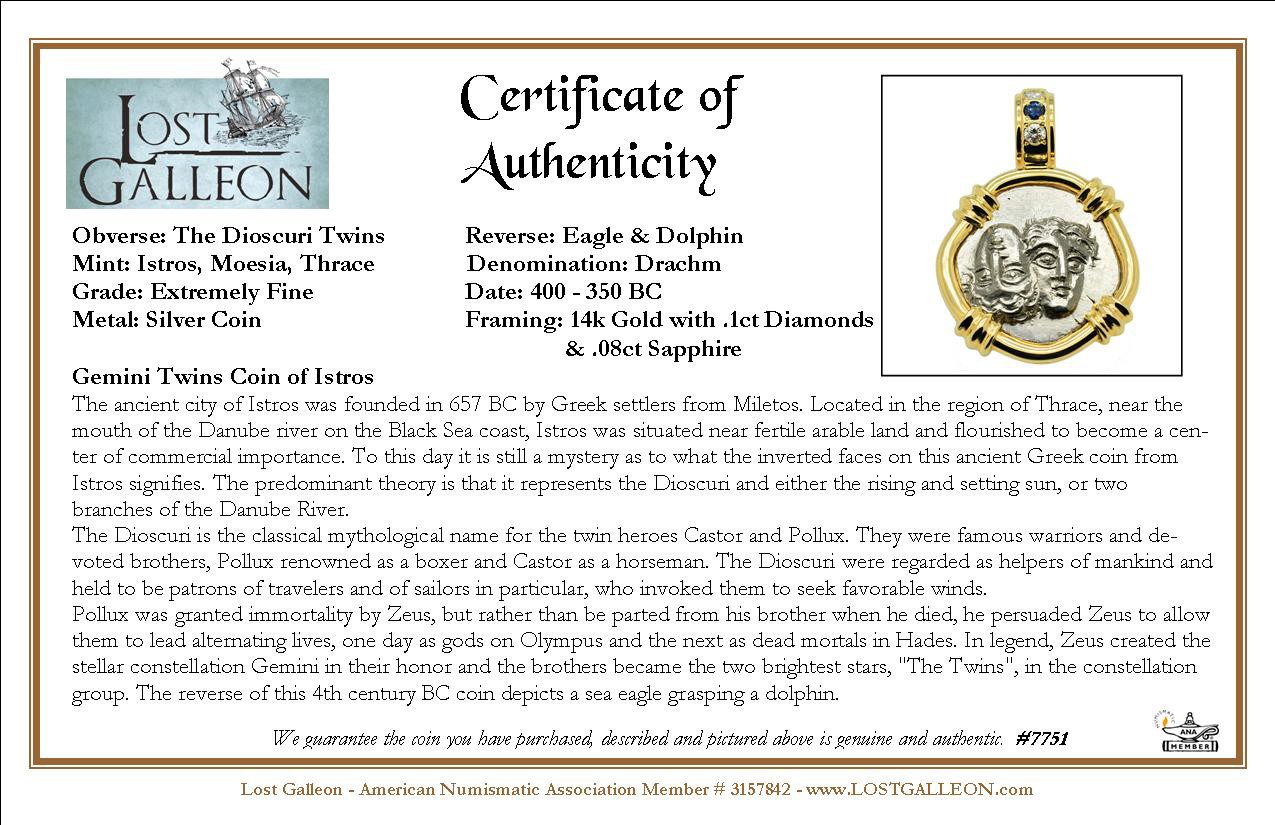 The ancient city of Istros was founded in 657 BC by Greek settlers from Miletos. Located in the region of Thrace, near the mouth of the Danube river on the Black Sea coast, Istros was situated near fertile arable land and flourished to become a center of commercial importance. To this day it is still a mystery as to what the inverted faces on this ancient Greek coin from Istros signifies. The predominant theory is that it represents the Dioscuri and either the rising and setting sun, or two branches of the Danube River.
The Dioscuri is the classical mythological name for the twin heroes Castor and Pollux. They were famous warriors and devoted brothers, Pollux renowned as a boxer and Castor as a horseman. The Dioscuri were regarded as helpers of mankind and held to be patrons of travelers and of sailors in particular, who invoked them to seek favorable winds.
Pollux was granted immortality by Zeus, but rather than be parted from his brother when he died, he persuaded Zeus to allow them to lead alternating lives, one day as gods on Olympus and the next as dead mortals in Hades. In legend, Zeus created the stellar constellation Gemini in their honor and the brothers became the two brightest stars, "The Twins", in the constellation group. The reverse of this 4th century BC coin depicts a sea eagle grasping a dolphin.