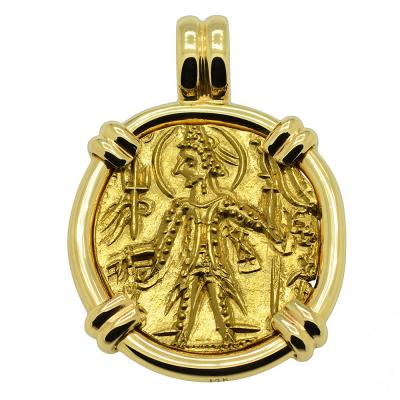 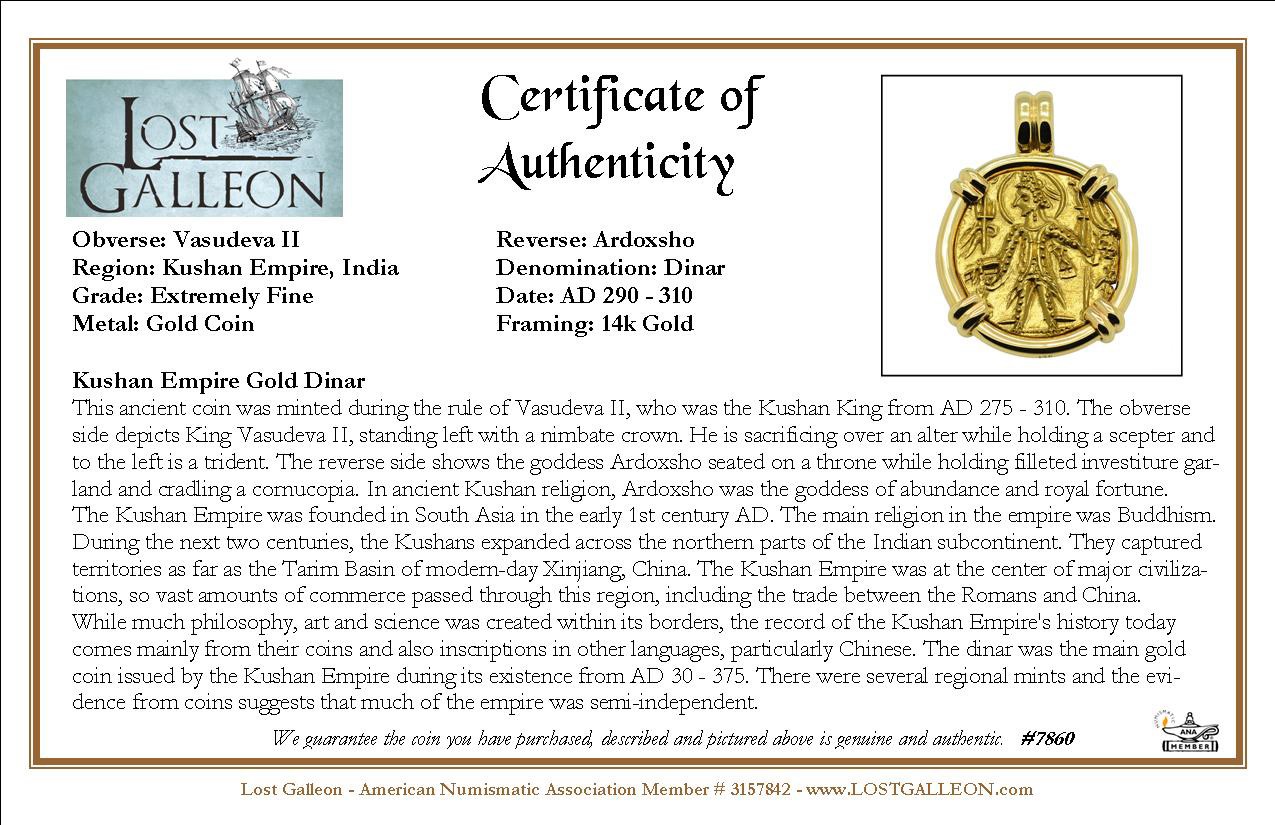 This ancient coin was minted during the rule of Vasudeva II, who was the Kushan King from AD 275 - 310. The obverse side depicts King Vasudeva II, standing left with a nimbate crown. He is sacrificing over an alter while holding a scepter and to the left is a trident. The reverse side shows the goddess Ardoxsho seated on a throne while holding filleted investiture garland and cradling a cornucopia. In ancient Kushan religion, Ardoxsho was the goddess of abundance and royal fortune.
The Kushan Empire was founded in South Asia in the early 1st century AD. The main religion in the empire was Buddhism. During the next two centuries, the Kushans expanded across the northern parts of the Indian subcontinent. They captured territories as far as the Tarim Basin of modern-day Xinjiang, China. The Kushan Empire was at the center of major civilizations, so vast amounts of commerce passed through this region, including the trade between the Romans and China.
While much philosophy, art and science was created within its borders, the record of the Kushan Empire's history today comes mainly from their coins and also inscriptions in other languages, particularly Chinese. The dinar was the main gold coin issued by the Kushan Empire during its existence from AD 30 - 375. There were several regional mints and the evidence from coins suggests that much of the empire was semi-independent.