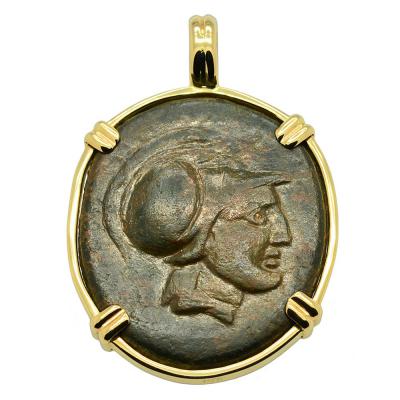 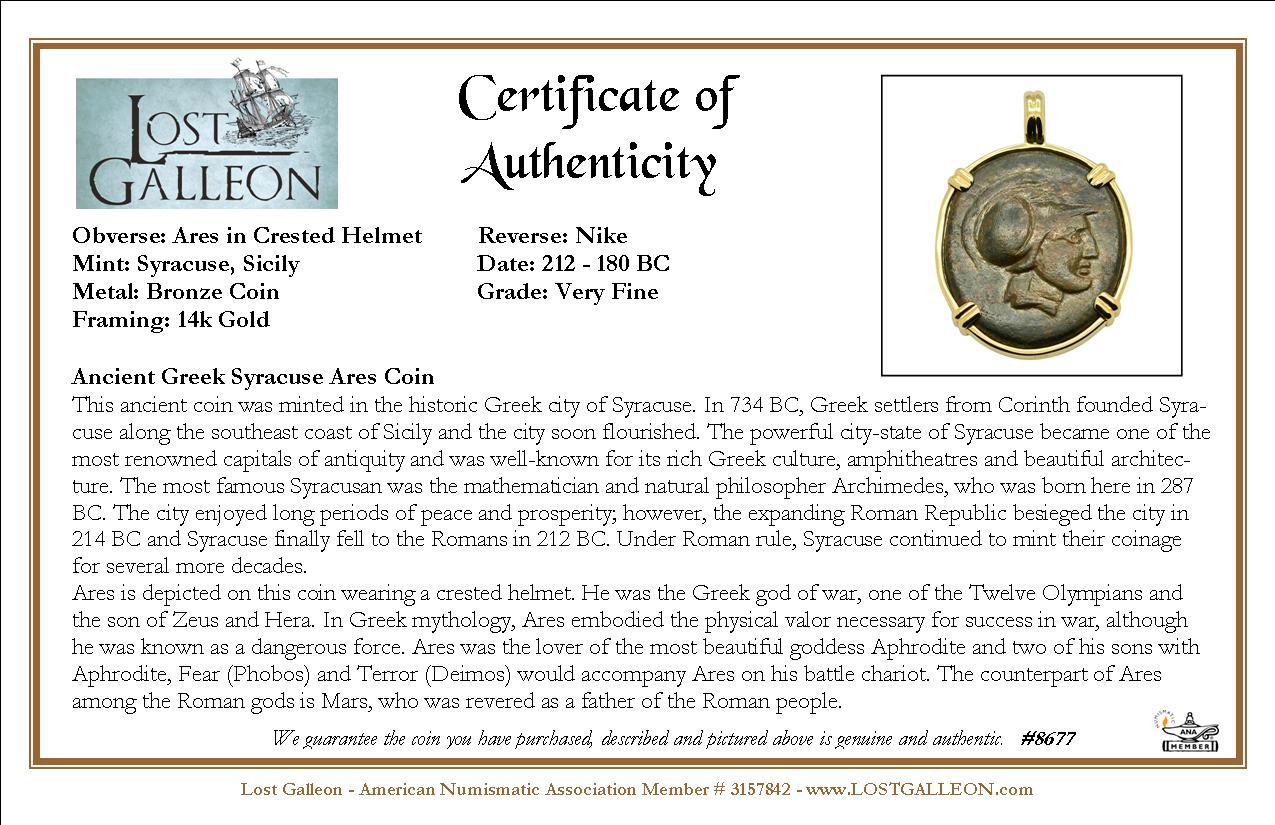 This ancient coin was minted in the historic Greek city of Syracuse. In 734 BC, Greek settlers from Corinth founded Syracuse along the southeast coast of Sicily and the city soon flourished. The powerful city-state of Syracuse became one of the most renowned capitals of antiquity and was well-known for its rich Greek culture, amphitheatres and beautiful architecture. The most famous Syracusan was the mathematician and natural philosopher Archimedes, who was born here in 287 BC. The city enjoyed long periods of peace and prosperity; however, the expanding Roman Republic besieged the city in 214 BC and Syracuse finally fell to the Romans in 212 BC. Under Roman rule, Syracuse continued to mint their coinage for several more decades.
Ares is depicted on this coin wearing a crested helmet. He was the Greek god of war, one of the Twelve Olympians and the son of Zeus and Hera. In Greek mythology, Ares embodied the physical valor necessary for success in war, although he was known as a dangerous force. Ares was the lover of the most beautiful goddess Aphrodite and two of his sons with Aphrodite, Fear (Phobos) and Terror (Deimos) would accompany Ares on his battle chariot. The counterpart of Ares among the Roman gods is Mars, who was revered as a father of the Roman people.