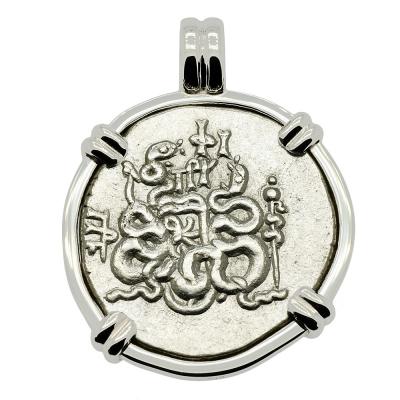 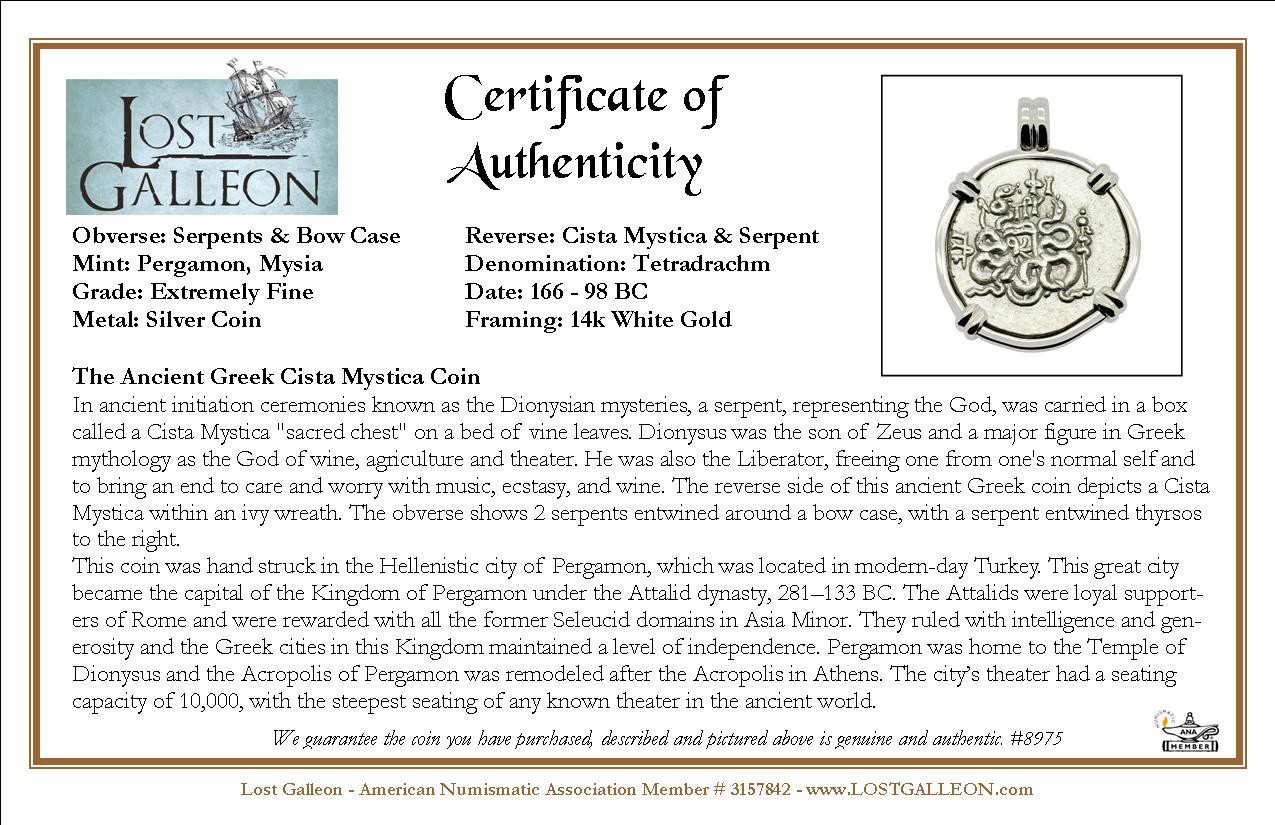 In ancient initiation ceremonies known as the Dionysian mysteries, a serpent, representing the god, was carried in a box called a Cista Mystica "sacred chest" on a bed of vine leaves. Dionysus was the son of Zeus and a major figure in Greek mythology as the god of wine, agriculture and theater. He was also the Liberator, freeing one from one's normal self and to bring an end to care and worry with music, ecstasy, and wine. The reverse side of this ancient Greek coin depicts a Cista Mystica within an ivy wreath. The obverse shows 2 serpents entwined around a bow case, with a serpent entwined thyrsos to the right.
This coin was hand struck in the Hellenistic city of Pergamon, which was located in modern-day Turkey. This great city became the capital of the Kingdom of Pergamon under the Attalid dynasty, 281–133 BC. The Attalids were loyal supporters of Rome and were rewarded with all the former Seleucid domains in Asia Minor. They ruled with intelligence and generosity and the Greek cities in this Kingdom maintained a level of independence. Pergamon was home to the temple of Dionysus and the Acropolis of Pergamon was remodeled after the Acropolis in Athens. The city’s theater had a seating capacity of 10,000 with the steepest seating of any known theater in the ancient world.