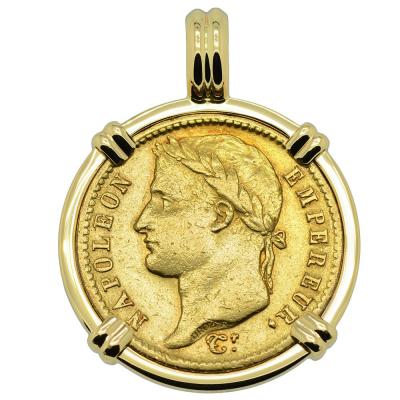 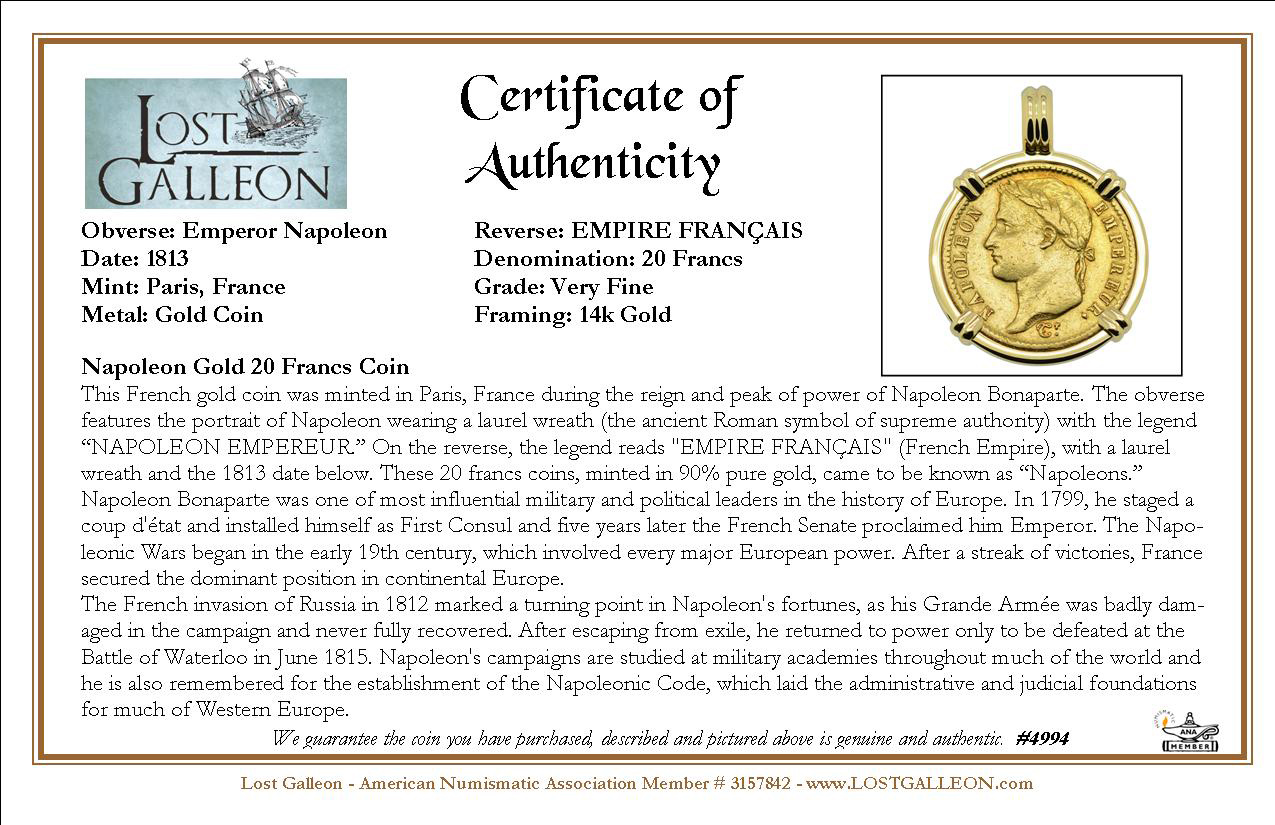 This French gold coin was minted in Paris, France during the reign and peak of power of Napoleon Bonaparte. The obverse features the portrait of Napoleon wearing a laurel wreath (the ancient Roman symbol of supreme authority) with the legend “NAPOLEON EMPEREUR.” On the reverse, the legend reads "EMPIRE FRANÇAIS" (French Empire), with a laurel wreath and the 1813 date below. These 20 francs coins, minted in 90% pure gold, came to be known as “Napoleons.”
Napoleon Bonaparte was one of most influential military and political leaders in the history of Europe. In 1799, he staged a coup d'état and installed himself as First Consul and five years later the French Senate proclaimed him Emperor. The Napoleonic Wars began in the early 19th century, which involved every major European power. After a streak of victories, France secured the dominant position in continental Europe.
The French invasion of Russia in 1812 marked a turning point in Napoleon's fortunes, as his Grande Armée was badly damaged in the campaign and never fully recovered. After escaping from exile, he returned to power only to be defeated at the Battle of Waterloo in June 1815. Napoleon's campaigns are studied at military academies throughout much of the world and he is also remembered for the establishment of the Napoleonic Code, which laid the administrative and judicial foundations for much of Western Europe.