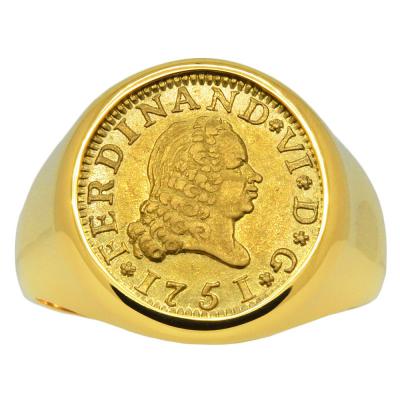 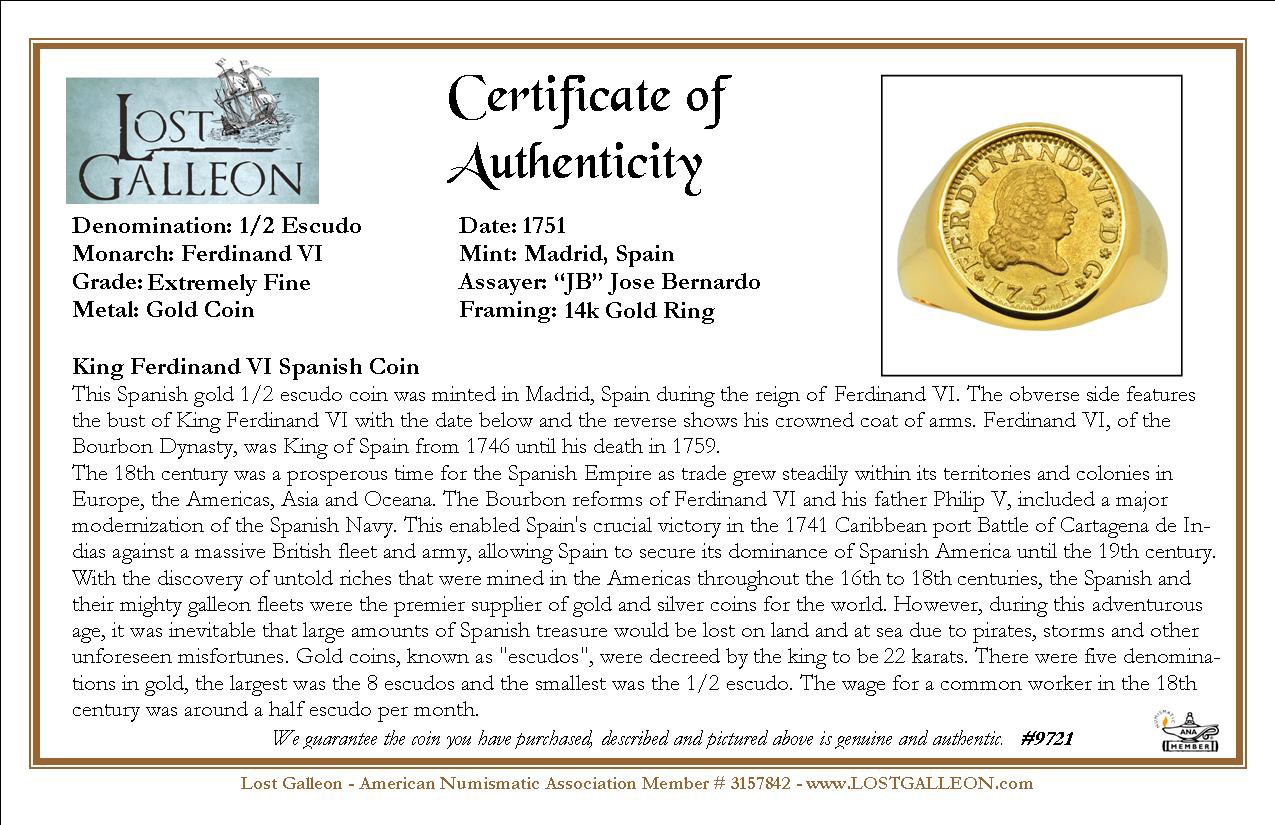 This is a genuine gold 1/2 escudo coin minted during the reign of Ferdinand VI, showing his bust and date on the obverse and his royal coat of arms on the reverse. Ferdinand of the Bourbon Dynasty, was King of Spain from 1746 until his death in 1759. The 18th century was a prosperous time for the Spanish Empire in the Americas as trade within grew steadily. The Bourbon reforms of Ferdinand VI, included a major modernization of the Spanish Navy and also registering individual merchant ships (rather than private monopolized fleets), which greatly increased free trade and revenues from the Americas.
During the 16th -18th centuries, Spain was the premier supplier of gold and silver coins for the world. This was accomplished through the discovery of untold riches that were mined in the Americas. Although Spain’s mighty armada strove diligently to deliver the wealth to the King, many galleons were lost at sea due to bad weather or pirates.
Spanish coinage of this historical period were minted according to weight. Silver coins are known as "reales" and gold coins are known as "escudos", decreed by the King to be 22 karats. Two 8 reales (about 27 grams each) equaled one escudo and the wage for a common worker in the 18th century was around a half escudo per month. There were five denominations in gold, the largest was the eight escudo followed by the four escudo, two escudo, one escudo and half escudo.